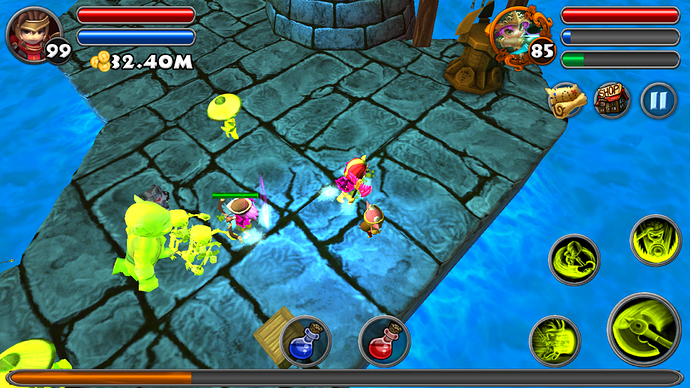 Okay, honestly? This isn’t fixed yet? I’ve done quite a bit of farming today but this map really got to me. There wasn’t one or two zombies like usual. No, there was around 20-30 zombies on this map.

This bug is really starting to annoy me. Half the time, the zombies are so bugged out that they can still attack. Which in the long term leaves me crazily confused and down a couple hundred grand because of revives.

When is this getting fixed?

Since the pack size map affix is so easily attained it is like the walking dead up in here.

It also depends on your device and the way you go about killing them. It is unfortunate that plagued is the best map clearing mechanic that relies on mobs being infected and mass killed; this kind of genocide is what really raises the dead.

Deleted all the spam/offtopic for visibility.
As Fodder said: Currently, the only way to prevent the zombie bug is avoiding %pack size maps. Sorry about the issue. The devs will fix it, once they can/have time, since the bug is very complex.

I already test it many times with all elements, all MH and OH, skill primary and special and I notice few things and probably the cause.

The cause is probably because there are too many mobs stand in 1 spot for example 2-4Mobs taunted by twister and killed at same time and same spot… for me I think the mobs don’t have solid figure (thats why player can walk through them). And i notice if that happen only the visible figure actually die while the 3 more mobs will only have their hp bar gone. For example lets say there are mobs A, B, C and D stand in 1 place, the only mobs u can see is mobs A. When all 4 get killed. Only A body will disappear while the B, C and D only have their Hp bar Gone. The only thing i can tell is whatever weapon player use with effect that can cause the mobs packed can cause it (this is why most happen in packsize map because there are too many mobs mean too many can stack in 1 place at the same time), like bow+purpulsion talent, pushing all mobs back and eventually will make them pack in 1 place. Taunt, twister, aftermath+meteor, they all have big potential to cause the bug to happen.

While test that thing out i eventually found a way to fix it. @refia if u look at the build i post few weeks ago title “crono gift [Build] Hachimon” look at the vid, i play on packsize map and kill all the mobs mostly at the same time but then there is none zombie appear, the only logic thing i can tell is before all of them get killed, they are freezed/encased. Just like player when play in ice map, if player hit crate and the ice appear from below, player cant move though it because the ice is solid figure, basically what I want to tell is player freeze also solid figure, when mobs encased the ice solidified the mobs , that prevent the other mobs from coming/stand on same spot because they can’t move through player ice eventually make them unable to stand on 1 spot.

My solutions base of my testing and theory, Dev need to make mobs more solid or border so their body (mobs) can’t stacked in 1 place. ik the mobs look/figure is not them I mean that is just graphic. The mobs mechanism probably is just like a DOT • , maybe make border so the Dot can’t merge.

No way collisions of objects can cause this problem. Probably each mob is behavior of class mob, where is a function like Destroy or SetActive.

I always do 125+% pack size maps with my warrior farmer, who uses Taunt and taunt proc to stun and corral enemies the whole time. I’ve had maps with tons of annoying zombies, and maps with none.

Based on those experiences, I respectfully disagree that the problem is something as simple as the Taunt skill or monsters occupying the same floor tile upon death. My data just doesn’t support that – it must be something more.

Thats the odd thing to me. The same build can have zero or many zombies just with different maps. I have noticed that my new device (much faster than before) seems to have fewer zombies, but that may just be because I havent hit the right combination to make a bad map.

My suspicion at this point is that it is some wierd timing-related bug, maybe involving threads. I don’t even know if DQ is threaded but if it is that could cause all sorts of oddities.

I’m a developer myself, and I’ve tracked down some strange bugs. I’ve also given up on others that I simply couldn’t figure out. Given that the base conditions for this (lots of mobs dying at once) by definition involve a decently large amount of data to comb through, I’m not at all surprised that this is hard to figure out!

U need to consider the angle of mobs, the rarity (mobs size) let’s say use taunt, it’s 360° effect, not all mobs will stand on same place, there will be some from opposite side, and the rarity too, normal magic rare epic legend and mythic mobs have different size. Mostly it happen when there is magic/rare/epic/legend or mythic mobs between normal mobs, those high rarity mobs can cover the whole lower rarity figure and make it unseen thus make the bug can actually happen when u kill those in a sec, mean while the lower rarity mobs covered. Have u ever think why those zombie mostly is normal mobs.? That because they are the smallest and very easy to get covered by bigger sized mobs.

This is really getting annoying…putting this game down for a bit.

Ever seen a legendary zombie? 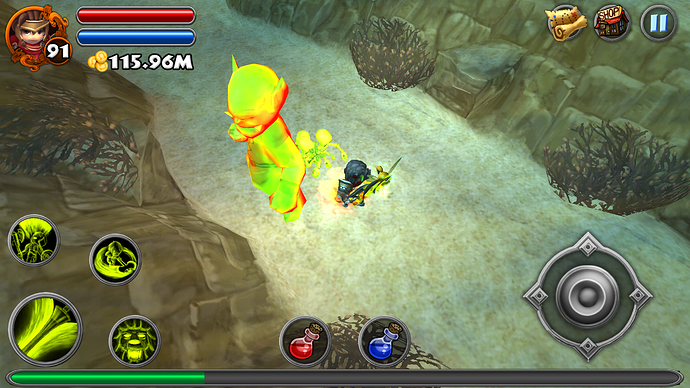 I have noticed that the way you kill them plays a roll. I usually suck everything in with taunt the WW to finish them off. This is when i happens most so ive had to modify play a little bit.