This is a concept build I've had in my head for a while so I decided to write it out in Excel to see if it is actually possible or, more importantly, worth doing.

I have posted it here to get feedback on where this build could improve and where it seriously lacks. Build: 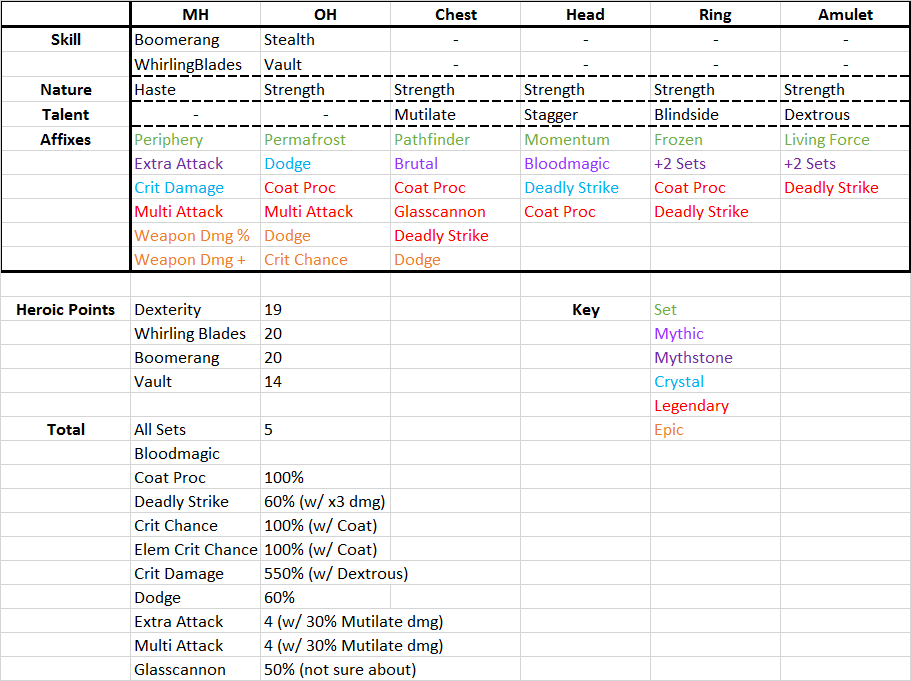 Ya I was thinking that alright I might get rid of glasscannon.
Another idea I was thinking of was getting smokebomb proc 100% which would, in theory, give a 100% dodge chance… wouldn’t it?

You don’t need so many of the same Proc Affix. I’m using 4 different proc Affixes + 1 Master MS and this already is enough. Smoke Bomb let’s you dodge the next enemy hit with a 100% chance. I’m running a 1HP Chakram Build for farming and I still die occasionally. BTW, there’s no Legendary Affix of Deadly Strike. Replace Blood Magic with the Fury Mythic. Get Vanish on your OH.

K thanks. BTW the deadly strike was actually supposed to be orange it was a mistake in Excel

Get Vanish mythic. +40 stealth for survivability