My account has been banned. Dq devs are busy and I can relate to that. Please dont delete my post. This is a humble question to farmers out there spending countless hours farming for that obsidian.

Mr. Tdaniel wrote
“I have seen people with 1000 maybe 2500 crystals but your account has 5000+ of many different crystals and mythstones”

What’s wrong with this loot? Ive been banned because of these and a mismatch in the playstore and dq account. I WILL NOT ACCEPT THIS AND DEMAND A REFUND IF I’M BANNED. 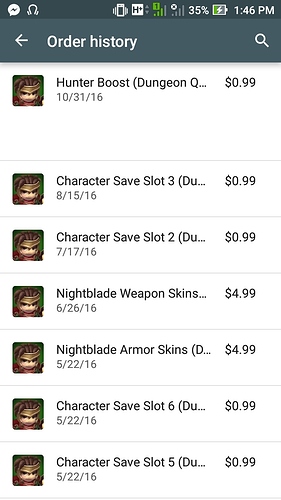 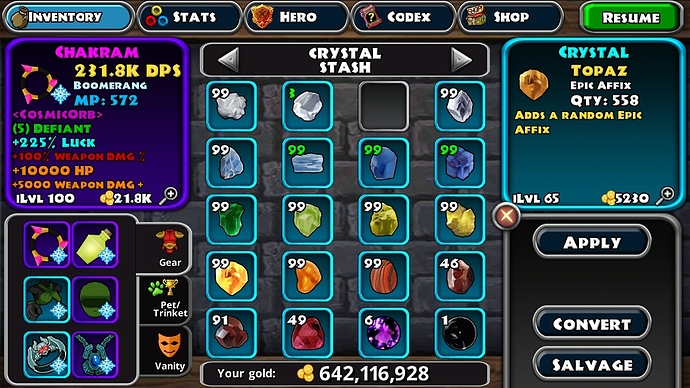 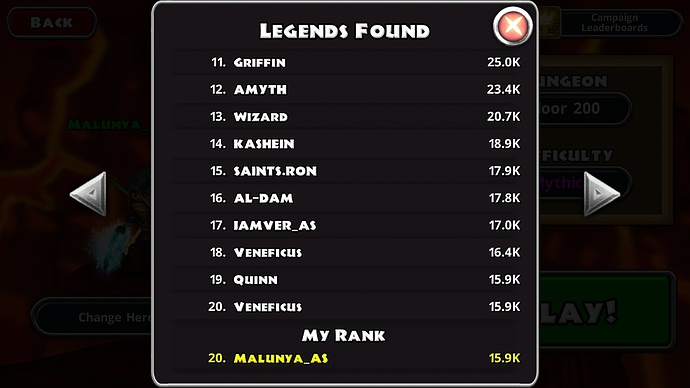 I think this is possible. If you’re truly a hardcore farmer. And you’ve been playing for 2 1/2 years.

Ok this is unnecessary but this is my mythstones: 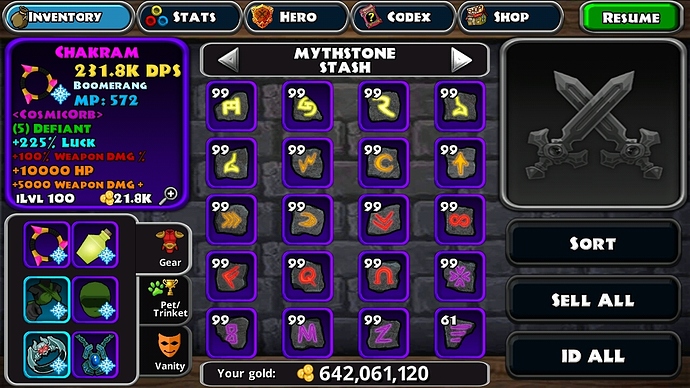 For a player who played for almost 3 years, I can say that this is just possible and I think it is normal. If I would be exploiting I would have put 500 stacks of obsidians and tons of low crystals. Again, to me this is just normal for a hardcore farmer. Why would the devs ban something like this?

Too many legit players now are banned for same reasons like this. This guys are banning the wrong players.

even months you can gain that kind of resources, +1 for the refund

Banned bcoz of 5000+ crystal but those who have edited eternal items and edited pet with so perfect affixes are still in legit well, can blame devs their not playing their game, if they are, they dont know a lot of their game.

True dat. Eternal pets in PvP with perfect ideal affixes. Smh. And those who have lots of them. Why don’t they even questions those people.

To think that hardcore gamers like this would be banned is simply out of the box. Genuine players like this should be cared and nurtured. You guys had set limits/caps in our abilities to farm just because someone had surpass your expected values/numbers does not mean you have the right to ban them. we hardcore gamers go beyond our limits to surpass the limits that you had set. It is your job to adjust to someone having huge numbers because of hardwork.

This amount of crystals/mythstones is definitely possible to farm given enough time.

If you see players with eternal pets, just report them here: [REPORTS ONLY] Report Cheaters & Hackers

Some pets might not be edited, so this players might not get banned. But it is definitely possible to achieve top1 in eternal league with bad pet affixes and shitty trophy.

These MS/CS numbers are legit.

It really sucks getting incorrectly flagged, and I’m sorry, but remember you’re not actively losing anything, it’s just a flag and can be easily undone. The flag merely sets you against another pool of players.

Please be patient with our email process and we’ll get this cleared up eventually. PMing both of us on the forums and creating multiple forum posts won’t get you cleared faster than the other support issues that we have to deal with.

And to be clear, we don’t just flag hardcore gamers mindlessly, we love hardcore gamers :). The values our system uses are reasonable (trillions of gold, purchases obtained without purchase verification, highest floor in the millions, HP/MP stats over what’s possible, etc). But mistakes happen and we’re happy to do extra review, just give us a bit of time and patience.

Noted sir, and thank you very much!

Thank you for the possitive answers sir I just wanted to help my friend here. Cheers DQ!!!