About primary and special skill

Just asking what is primary skill and special skill of weapon 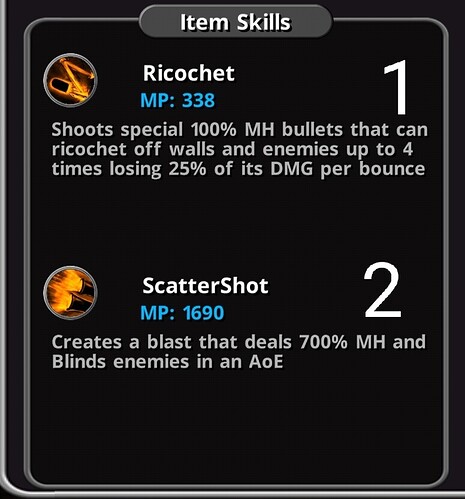 1 is primary and 2 is special skill?

most Primary Skills of MH Weapons use Attack Speed to attack faster. Boomerang of Chakram needs Cool Down instead. not sure how many other MH Primary Skills need CD, as I use mostly Wizard & Rogue. hmm, I think I need to test Wizard Blast Skill…

all Special Skills & OH Primary Skills use Cool Down to attack faster. also, all Weapons have an Attack Per Second. any Skill that has a Cool Down that is faster than the Weapons APS needs some Attack Speed to use the faster CD.

I’ve used Attack Speed to increase Smash APS, and it works. I’ll try Cool Down to see if it works better. that is one slow attack, and I’ve thought of using it with Discordance for more damage, since it has a Taunt.

Edit: over the weekend, I realized I already did some testing with Smash & Attack Speed.

with Skilled Mythic for +50% damage, Smash can do some serious damage, especially when you consider it’s taunting enemies to you just to get smashed! on top of that, Hammer has the highest BWD of all Weapons. Malum Worms can’t be taunted, so you would have to go to them.