Hp% affix has cap… i think its around 175% if ur goin pve …hp wont help u survive mobs specialy on higher floors. Better stack dodge and block% for survival.

Gottcha:) (thankyou)
*edit @roykiyoy
Not sure there’s a cap. As far as I understand - the cap is in the brackets, and I don’t see one regarding this stat:)
Doesn’t matter - still need block/dodge. Just FYI:) 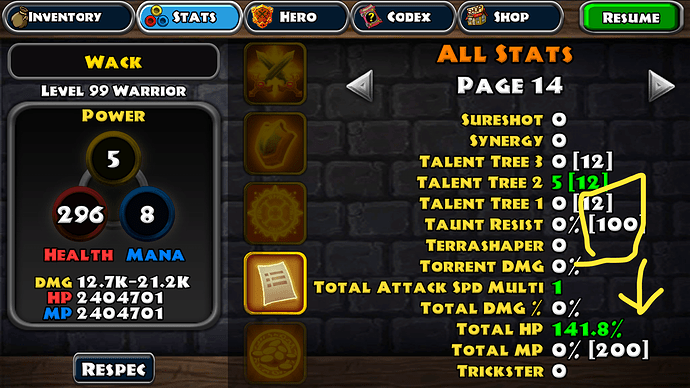 @Wack in older version there was actually a cap for hp% lel. Yup u definitely need block and dodge also sanctuary and vanish mythics helps alot

In my set up i use rogue as main w/ perma stealth in can survive even w/ low hp and save some slots to put luck,gold find, item drop affixes. Then i use wiz as hireling dps

I have a hard time figuring out the balance at the moment,
As you can tell - my HP is above 2 mil at the moment with block/dodge at 20/10%.
I’m trying to fit in Satyr’s Spirit - which would give me a fairly big armor boost: 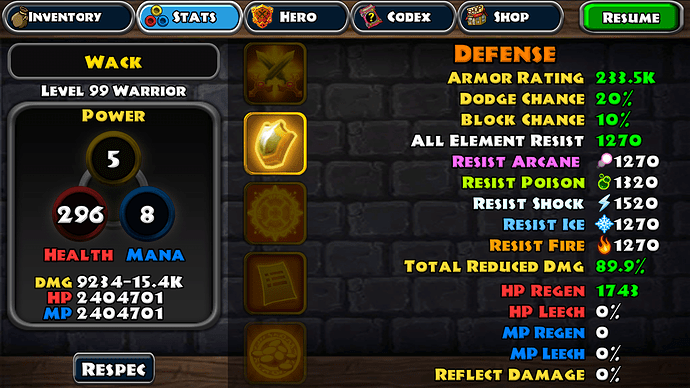 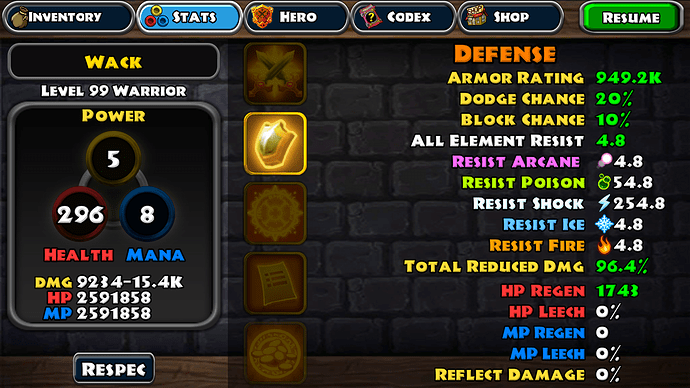 At the moment I haven’t got the crystals to reroll, so I’m a bit stuck with what I’ve got right now/farming my but off.
I’m trying to find a balance between hp/armor/block/dodge at the moment - I guess I’ll just have to tweak when the going gets tough:)

Have plagued, battle mage and fauns gift - dunno if satyr’s spirit with the added armor is worth it. Trying to fit in nadroji bonus and eternalised in the build also. At the moment both are on my helmet - so I’m alternating between the two helmets depending on wether I’m killing trash mobs or legend+ mobs.

Right now - just trying to decide wether satyr’s spirit or vampiric touch is the way to go, and what ratio of armor/block/dodge I should aim for;)

Are you sure about this?
The 60% dmg reduction - based on HP/MP seems intriguing, but ‘Dauntless’ mythic might work better:)

@Wack its not fx 60% dmg reduc der is proper calculation for it iforgot the thread. Though i tested it myself losing 50%hp is not worth it. Its good if ur a manashield wiz build w/ permafrost.

Allright - will give it a go. Love my taunt though - but will have to rely on Provocation talent:)