Im just reviewing this build… since you assume his pet is hacked then maybe you can look at mine? 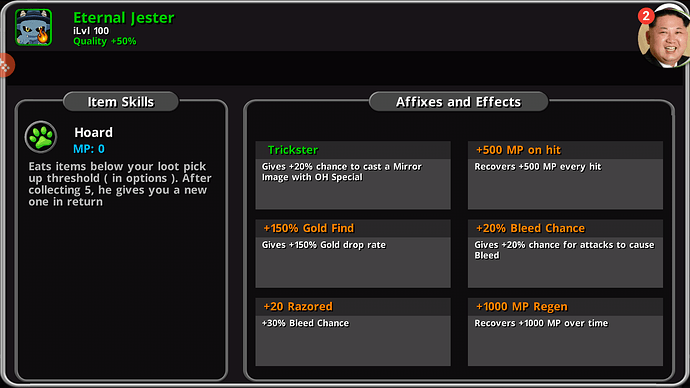 Especially since trickster is OP in arena for the AI…

i dunno… your pet doesnt look half as convenient as his.

i cpuldnt say that its hacked😄 my eternal stitch(plague) has a cool affix,

cool right? hahaha its by luck at all

Clearly yours is a hack. look in the upper right corner. lvl2 bonus… whats that? i dont have…

too many convenient affixes, lol

that may be… but after getting to know TeaCup and chattin daily etc… i would stake my rep on that he isnt cheating or using 3rd party apps to edit stuff.

still… im not so sure his pets as ““convenient”” as the other.