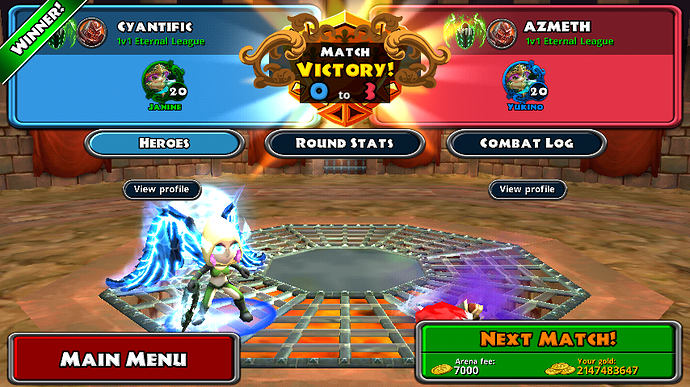 I never encounter that in arena ,but sometimes the names changes like xxxxxxxx vs xxxxxxxx

Contact dq’s player support they might b able to c what is wrong. Never seen this bug before.

Several times today and in the past several days, I will win an arena match but when the points begin to update it doesn't finish. I end up showing victory but then end with the match 0-3 when the match was actually 3-0. This keeps bumping my rank down and takes away 29 to 31 points. Attached is a screenshot where I won the match but it ends up being a loss. I checked my internet connection and my download speed is 60Mbps and upload is 5Mbps. [image] The battle arena has been behaving diff…

I always encounter connection issues but at that point, i cant see the message “retry” message thing. That hurts a lot losing a 30 point range mmr

Yes I forgot about that one occurring also. It’s the same issue. Sry