Hello guys I’m new in pvp arena, maybe a week or two. I just want to ask if you experience this negative ratings of mine. I’m in mythical league for as I remember last day before I go to sleep, I am in division 6. When I woke up yesterday I am in division 10 with negative 50 ratings and at 32nd place division 10. I email the support to ask what’s happened in my account. And they reply quickly with instructions that I can possibly restore my ratings in positive numbers, but no luck. I just want to ask you guys if this one happened to you? I attached some screenshots so you can see what I am saying. Thank you all. 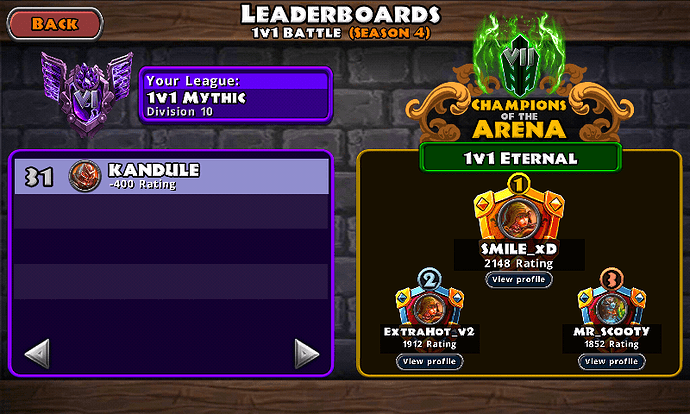 I guess your AI is defeated alot.

Yes sir I still cant get the right combination for my AI, but is it ordinary having a negative ratings? Thank you for reply.

Lmao! Hahahah maybe ur ai getting beaten too much hahahahahah. Joke.

I haven’t actually encountered this yet. Probably a bug tho.

But I think its possible to get that MMR rating. I’m not sure tho.

Maybe it is in my AI settings hahaha but I can’t even go higher more than -400 ratings. I did arena last night and today but can’t get to a higher ratings even though I fought guys in a common league.

Depending on ur game play of course

Noted that sir. Here is my stat now. Going to practice my AI settings for now. Thank you guys. 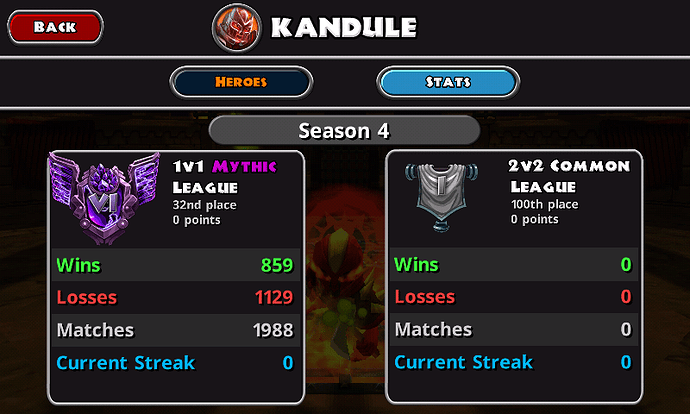 Oh man thanks… during the time I use that build I got to Eternal Div 2.

Wtf? I never knew that was possible lmao!

The Worst of the Worst

This just means he’s got more room than a 100% to improve his build. Honestly worst isn’t too bad

That sounds cool to think about. When you can’t be bothered about winning or want to test, being bottom is a nice place to improve and slowly getting up as you get better.

What digit should I have to get back on the track. I won a lot and still having this negative numbers. 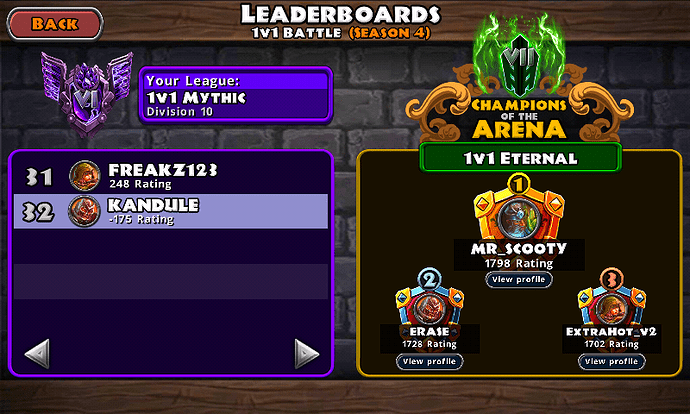 If ur gear is great in pve it doesn’t necessarily mean that it will be as good in PvP too.