Hmmm. Can someone tell me/us how to calculate DMG’s and DMG Reduction in Arena thanks… 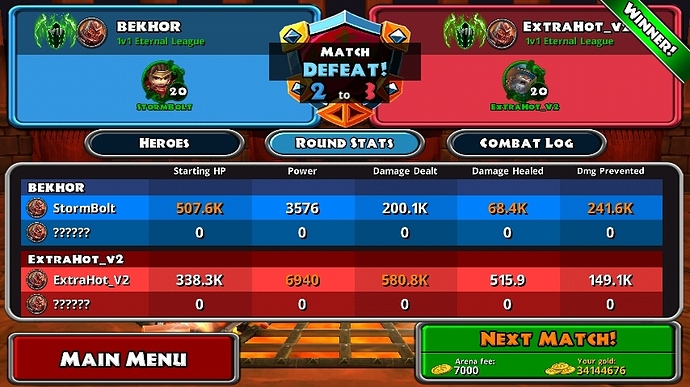 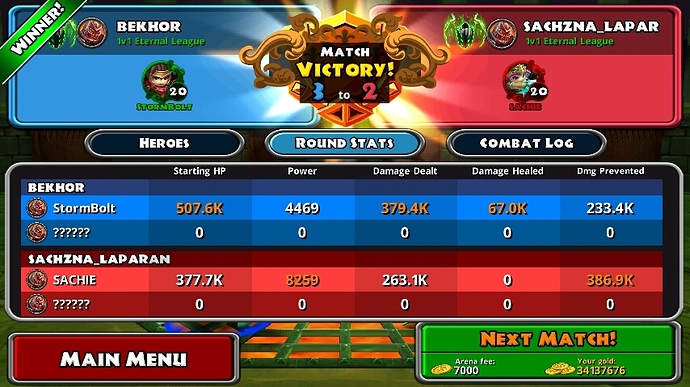 I want to know the default :
Crit Chance and Crit DMG in Arena

Go easy on my Ai😃

I just want to have some mathematical calculations in arena as you can see @anon91429674, that 2 screenshots are taken in 15th Round. I can’t kill those AI and AI can’t kill me either. Just a lucky RNG crit thats why Im lost

but good AI Settings for this 2.

Default crit chance is 10% but can be removed when enemy uses flawless victory on you.

Default crit DMG is 50% but it is not visible in stats page but it is confirmed that crit deals around ×1.5 the original damage before adding the crystal crit DMG.

But is there any damage calculation out there? I wanna see how the Power in PvP was Computed also the HP, then DMG Reduction.

Power as such is irrelevant for a build. There are mechanisms that don’t show up.

If you take the damage formulas from my maximization post and multiply 0.05 (95% arena damage reduction) on top you can calculate exact damage values for different skills etc. ;)!

As you can see in my post my enemy have 8k Power. When you just looking at it, literally speaking Im already lost. But when the fight begun I thought Im gonna receive 100k DMG again… but just 14.2k the highest DMG I receive (Scalp) . I wanna know how to calculate my Power and DMG Reduction in Arena… IF it is possible. Thanks, Sir.

Thanks for the reply… and is RNG is still responsible for Lucky Crit? Right?

How to calculate damage reduction. Try to reduce a value such as 10k by % from thing lik Defiant, Shieldwall, skullshield , AR, resists, etc. After you calculate all possible things to reduce damage in your build , you’ll find your total damage reduction and your average.

How many AR is equals to 1% DMG Reduction?

Then there’s defiant and other variables. Just so you get the idea of % values of damage reduction.

Overall at this point if you only had Defiant and 10k AR, that would be 43% reduced DMG . This can obviously change with many values .

For resist, it’s the same formula except the 1000 turns into 100 to make sure resists are very effective at 3 digits and more.

I realised that the last time I did this one, I calculated the DMG reduction formulas of AR and Resists wrong since I did +1000 or +100 instead of ×1000 and ×100 like it was intended in game. That formula did get me in many ways but now I finally understand it after a while and I somehow remember it so well.

It seems like a quantum formula where if you swap the × and ÷ to the flat AR and resist , the end value becomes negative version instead of positive. Quantum formulas always got me good in ways at my school but it’s an interesting thing.