Battle Mage Set
I just read the dictionary and saw that the Battle Mage will change your Main Hand’s (MH) skills to Wirlwind and Charge which belong to Warrior’s skills. So if I wore Crimson Battlegear (Battle Mage set) for my Wizzard which is using Gauntlet, the skill Blast and Twister would be changed to Wirlwind and Charge. Is it true? I just want to make sure what I think is right. Can anyone help me figure out this? Thanks.

Yeah changed it into whirlwind and charge. If you Use (Battle Mage) set affix. 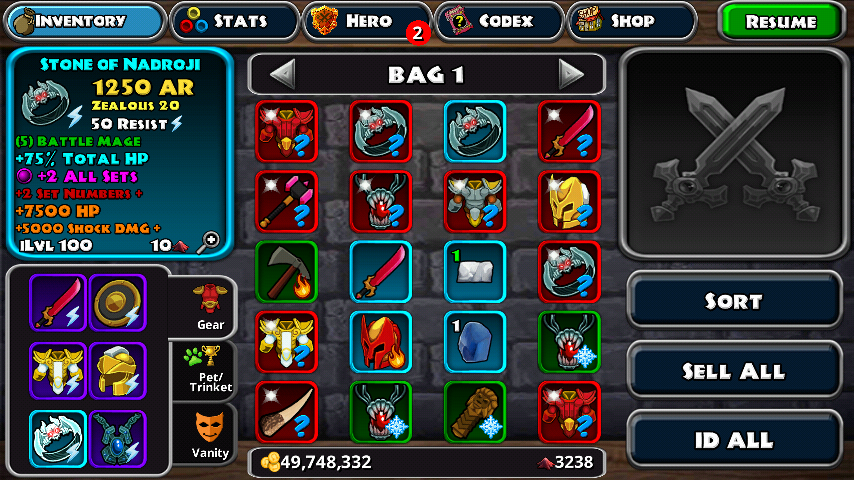 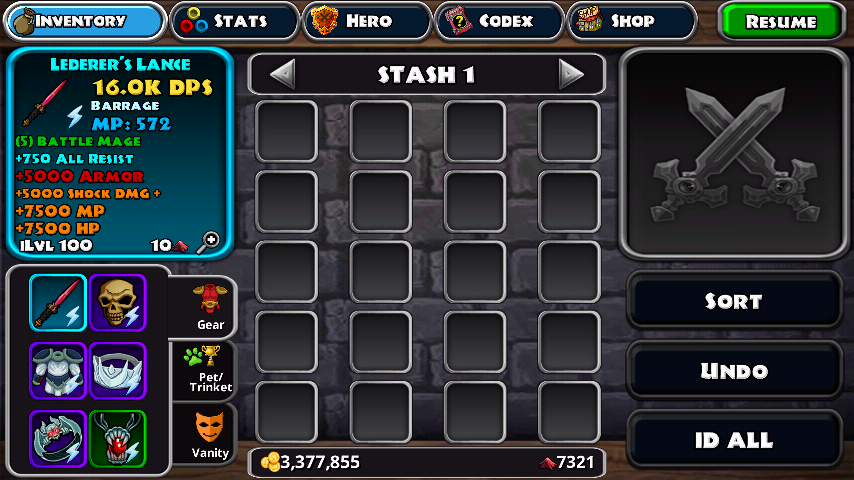 Oh. Thank you
I did notice that you have purple items. Are they mythic items or something like that? And how you get it, because I’ve not seen it since I started playing DQ

Battle Mage: also, the Weapon you use will affect the DMG of Charge & Whirlwind. Wand has lowest DMG, and Gauntlet the highest of Wizard MH Weapons.

Mythic Items: these Items have a Purple Border and have one Mythic Affix. these affixes are made by putting a combination of 4 Myth Stones into 4 Sockets. it doesn’t matter which order you put the Myth Stones in the Sockets, just that you use the correct Myth Stones. the Recipe for each Mythic Affix is found in Codex > Mythics.

Battlemage is good on any character class for movement speed but on a skullshield wizard it rocks.

Thank you guys so much. Your comments help me a lot!