Aight, I want to brag a bit

too cool to not show. 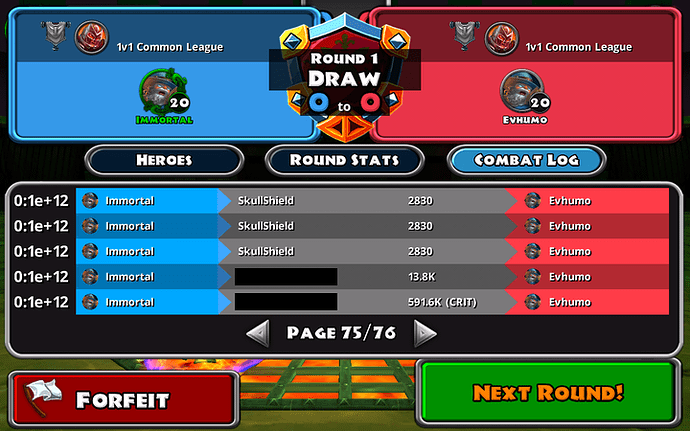 It is base Crit DMG% btw.

no investment in Critical or Deadly Strikes. #NotaRogue

Hit me, you can do this!

I think I’ll take you up on this challenge, right after I finish updating my farming build instead of using an outdated one :S
Also I shall be following this #NotaRogue idea you have started

Should use crushing flames though and this comprehensive guide for more efficient affix placement for farming.

Formulas: Gold Find and Luck: (Hero + Follower) / 2 + Fortunate + Shop Boost + Map Base . Although gold find doesn't seem to be averaged ATM so this will just for luck. Also difficulty bonus does gets averaged so if you want the full 350% mythic 3 bonus, you need both characters to be set on Mythic 3 Difficulty​. Item Drops: (Hero + Follower) / 2 + Follower Bonus + Map Base + Shop Boost . Do note that even when hirling is dead, the affixes still apply as if you still have hirling equipped…

This guide great way to find a way to be most efficient on slots for farming to maximise damage and farm potential. Even better if you don’t feel you need gold find but Gold Find isn’t averaged compared to Luck and Item Drops.

This may help you save slots for new farm build. You should craft epiphany gear with dust or something. I think you reached 1k floor though.

I actually just went from floor 500 to floor 750 today, gonna climb and should be at 1k tomorrow… Going for 2k eventually and I’m pretty sure my wizard can keep up will just have to lower difficulty temporarily until warrior is all set to go

Also the farm build I have is going well so far, I’m getting so much material that its almost finished itself

My highest is only 97k normal DMG not crit.

Did you use Rogue skill or NotARogue at all?

I think I’ll take you up on this challenge, right after I finish updating my farming build instead of using an outdated one :S
Also I shall be following this #NotaRogue idea you have started

Awesome!! You can do it

I still have quite a lot of margin upwards, currently holding back to give you guys a chance

Btw. that was of a fully functional PvP char which unfortunately did only work out in Div2 because of a large bug which I only noticed while testing the build. Reported it, hope it will get fixed some day so I can use this char in Div1 also.

My highest is only 97k normal DMG not crit.

Did you use Rogue skill or NotARogue at all?

Keep it coming! I estimate I can do 2.5M with Wiz/Warrior and ~5M with Rogue with only minor changes (wouldn’t work for PvP then anymore though, just for the damage numbers) - so 10M is possible I suppose!

Highest DMG I got back when Electrocution was broken in testing patch or 3.0 was 700k deadly strike but it was basically pointless because I didn’t even need Electrocution in PvP at test patch. I’m just glad Electrocution isn’t broken now otherwise tank build could wreck player even more or DMG player , even though it’s based on 25% HP. In PvE, it would have been extremely broken too.

Was a rogue though but yeah. Highest legit one without test patch on dummy was like 300k deadly and 170k deadly on player. Still pretty high but not always needed.

I meant player lol. Sorry I forgot to specify.

nothing new…1M+ crit damage is the record to beat

Yeah of course it is. That’s in 1st round. It’s actually not too hard to achieve to dummy but making a PvP build that’s actually good for PvP but deals 1M to dummy in single round can be the challenge but it’s a possibility.

i found a old screenshot on my phone this is outdated, i dont have this build now and i dont have much time to play dq now,

if this doesnt suits your challenge then ignore this. 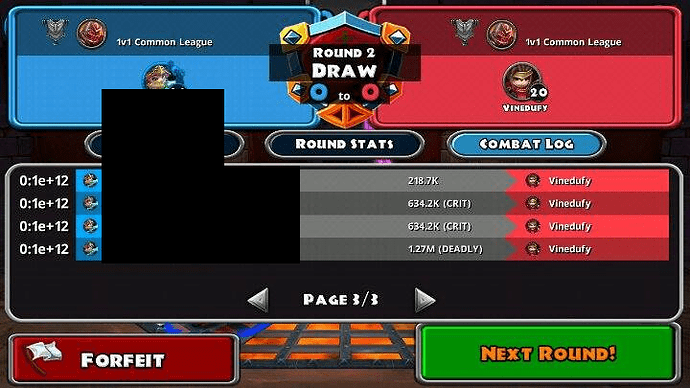 here you can see a non crit, a crit, and a deadly strike.

and lastly i use rogue because rogue is my main,

Thank you for your strong heart.Infact，I am afraid someone say 10M in 1st round is cheating damage,but now I am 100% sure 10M is still far away from the ultimate number,my new aim is 200M !!!

You push me to finish this

This is the most crazy thing I have ever did in Dungeon Quest ! And this picture is totaly unbelievable