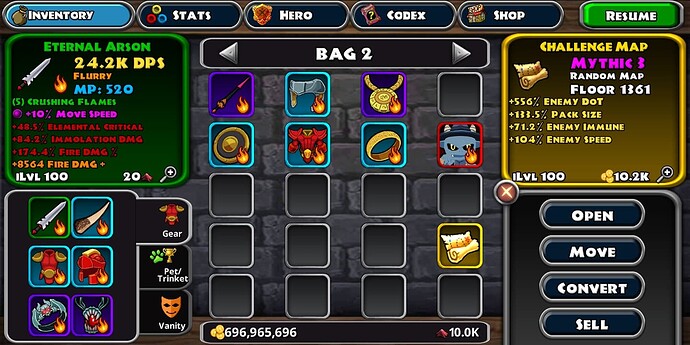 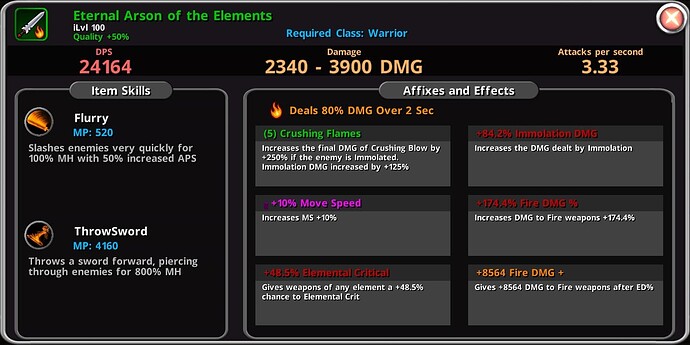 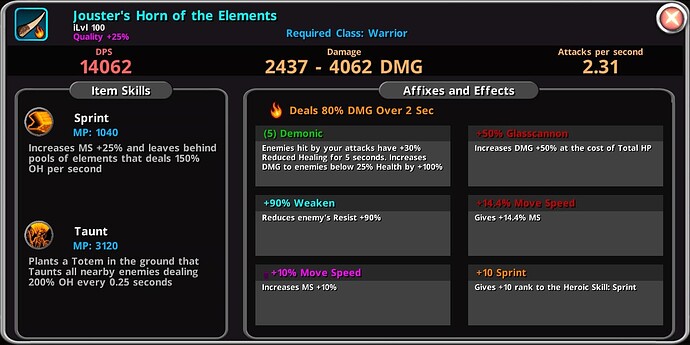 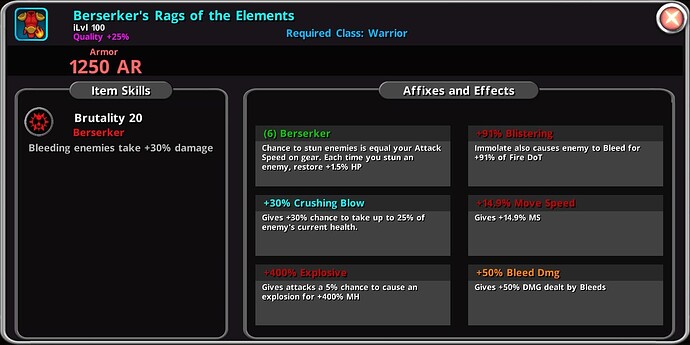 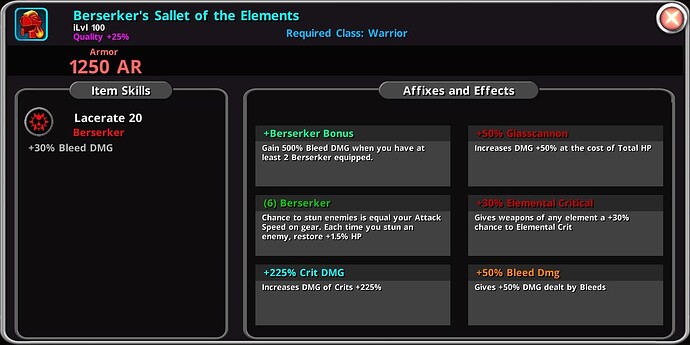 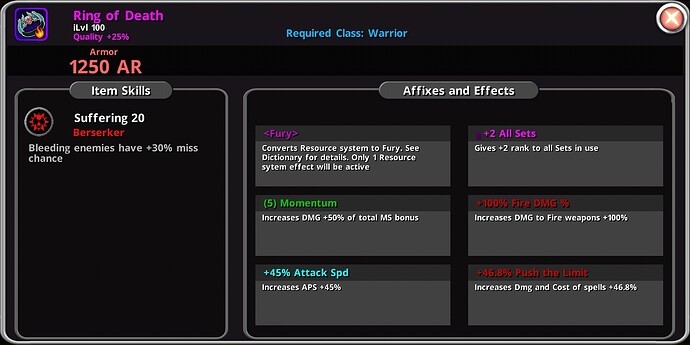 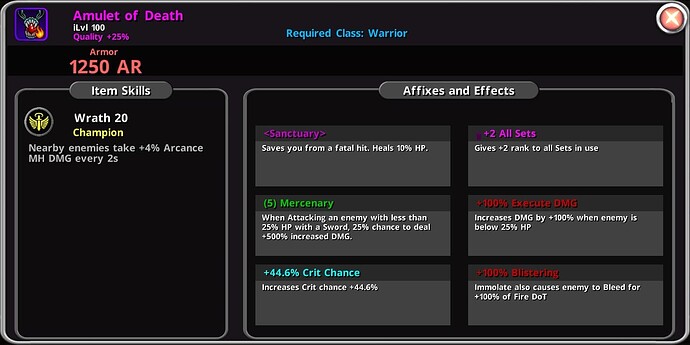 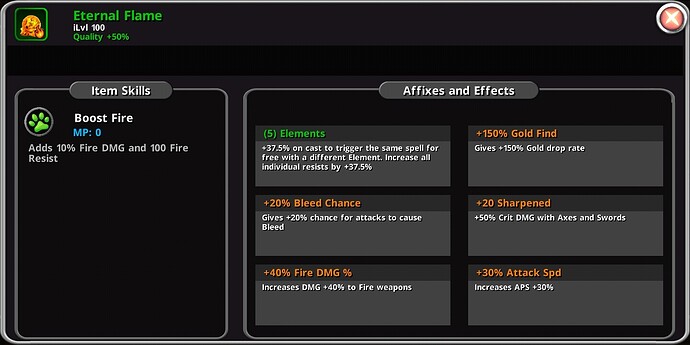 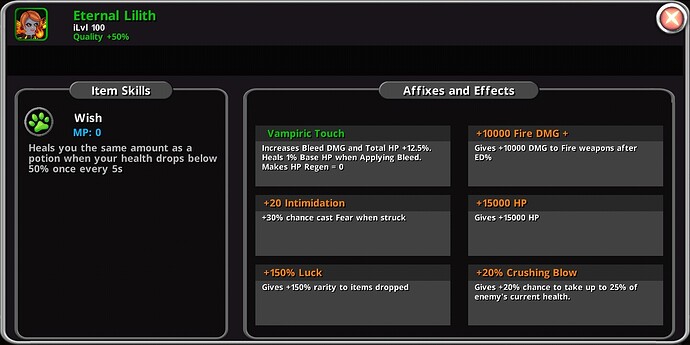 With this build you can clear Map realy fast ans it is better than poison because you Can kill Epic+ Monster without problem. Just run and run 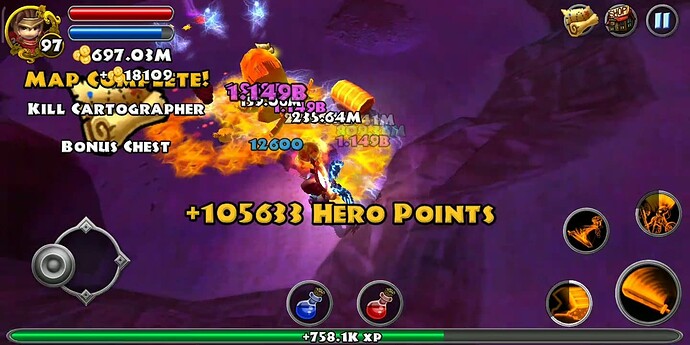 I have electric build with electrocution set (3-30B on sprint) and same mechanic with poison. You just have to run. I Can share the other build if you want

Poison runner, Map 1500+, it works but need pack size for easiest end. But 200-300M Can be easily proc even against only one enemy. 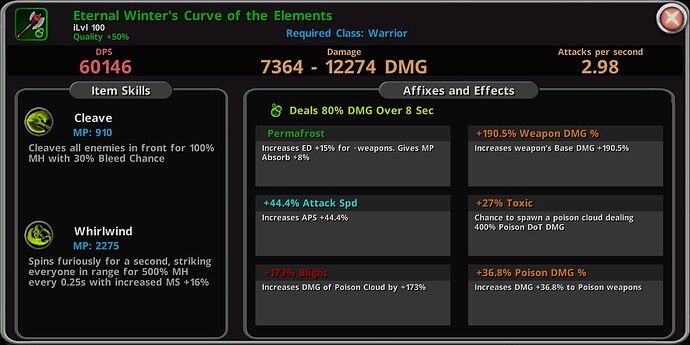 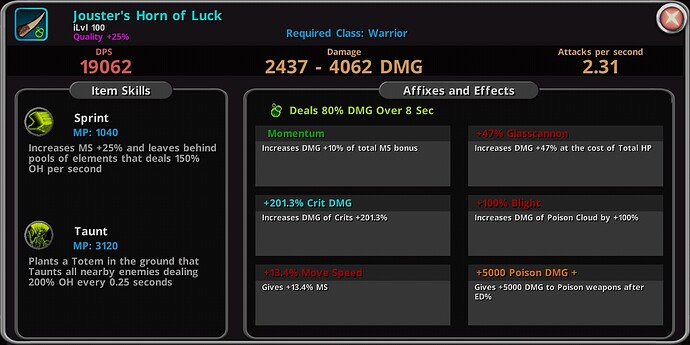 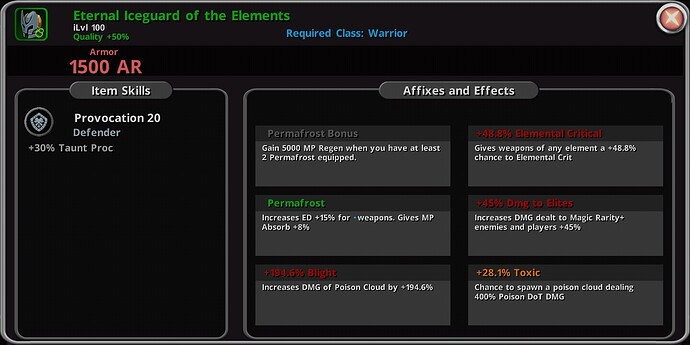 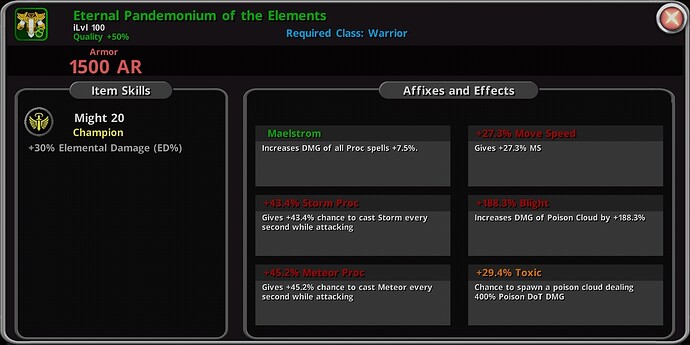 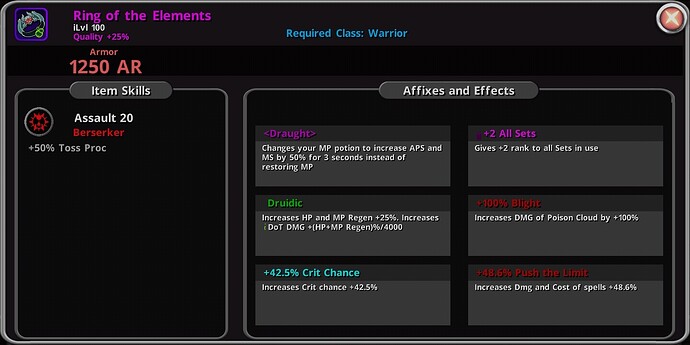 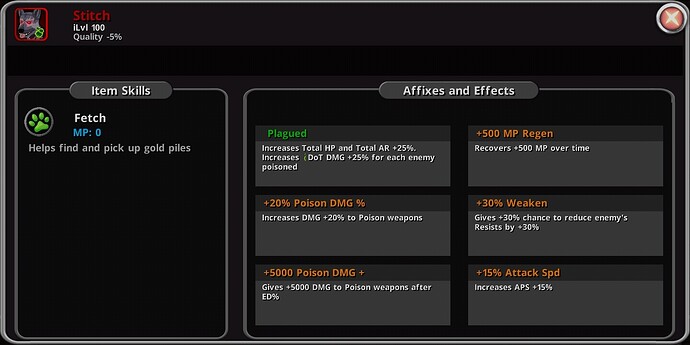 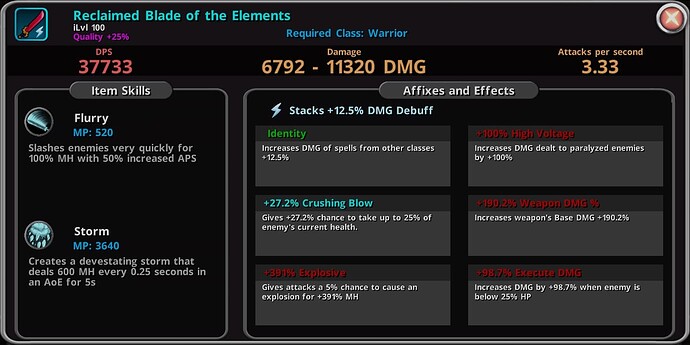 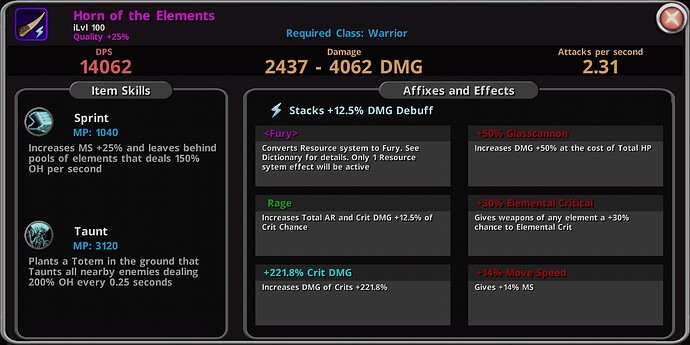 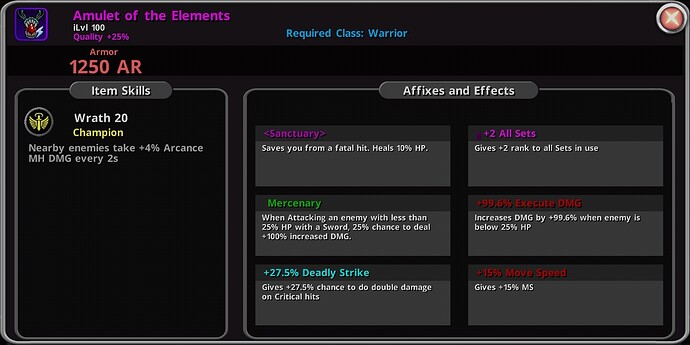 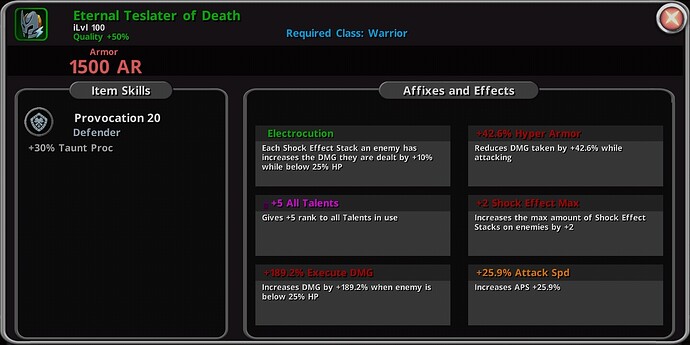 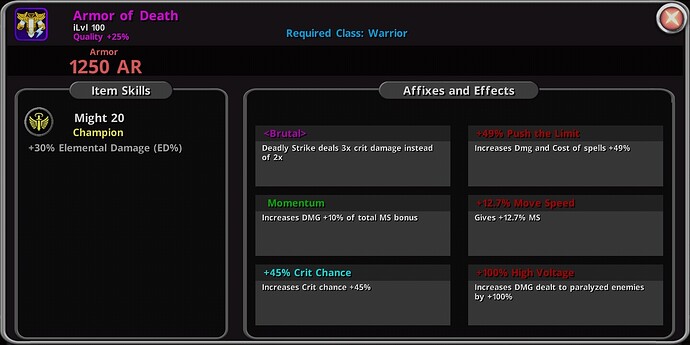 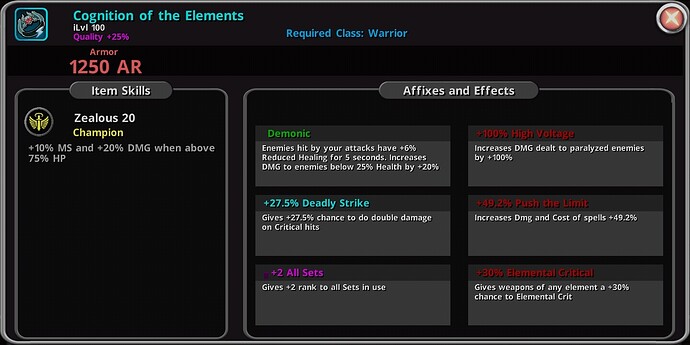 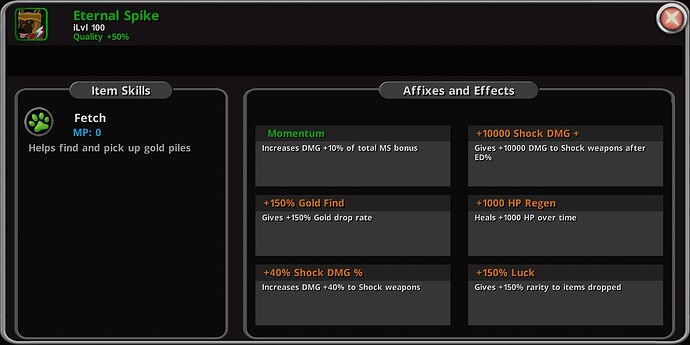 your builds always include Eternal items, besides, judging from the composition, it doesn’t benefit beginners… even pro players
Try to give examples of simple builds that can be useful for beginners

I dont understand why you say it doesn’t benefit?

For me, good selected eternal items are way stronger than crystal items if they create a synergy. I try to include eternal items everywhere i Can.
Without eternal item, my wizard couldn’t hit 1,2 - 1,6M on Test Dummy

I mean so dificult to be copy by new player,
Sorry

It’s true…
Have a nice day

the biggest difference between all 3 of these builds is that the first one has over 200% ED%. the second & third one have 50ish% & 40% ED%, so their damage output is a lot lower.

@Deathbro how much ED% does your Eternal Item Build Wizard have?

I was talking about my wizard PvP. He has 200% ED but most of his damages are made with immolation damage and blistering (bleeding).

This builds have the same mechanic but they dont increase there damages with same Logic.

The poison build is a classic build that is stronger the more enemies there are.

The fire build make most of damages with Crushing blow / Crushing flammes and finish the enemies with Bleeding effect.

I know my builds are not the strongest but they are usefull when a play a main character with pick up effects and bonus.

then your Wizard doesn’t really need ED%, but those Warriors you’ve shared are for PVE, at least that’s what you said in their descriptions, unless they are used for both PVE & PVP?

the 2nd two Warriors you shared could use at least one Legend +100% ED% somewhere on their builds. that would give a good damage boost to both. this would also make the damage from Blight & High Voltage more effective.

This runner build are only used for PvE

Thank you for your ideas

I stop DQ. I am waiting DQ2. I am tired of farming and fighting.
But i am happy to share knowledge with you.

I’m looking forward to DQ2 also, and I sometimes do get tired of farming & climbing sometimes, then I get an idea for a new build and get excited again.

Thanks for the builds, I made a version of your Bloodrunner and am using him as a hireling for my wizard farmer, he can almost keep up