Can some help me adjust my arcanist build? 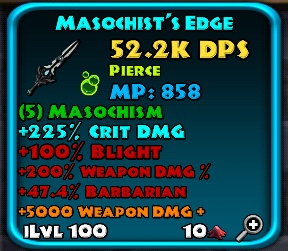 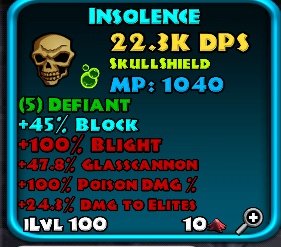 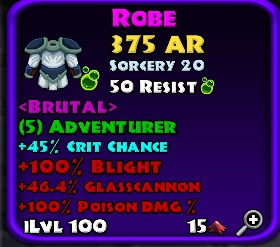 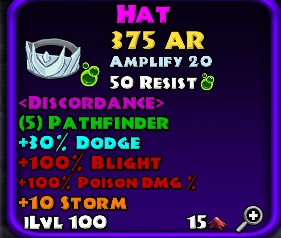 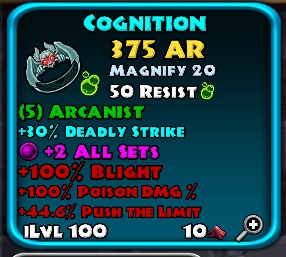 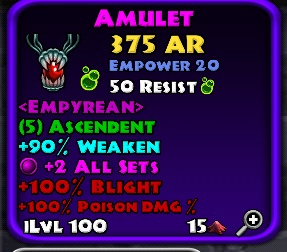 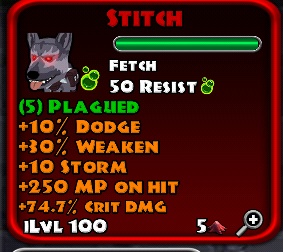 I dont know if Im on the right track, but feels underwhelming. Can some point me out if I didnt do it right? Crits 180m-2b spikes 3b-11b.

Maybe the the prismatic messing my poison clouds. And if possible help me improve the build.

Seems ok but here’s some suggestions and what is your main damage. Is it skull or some special skill.

Change Mainhand to Gauntlet masochist for more DMG with 200% WD. How? Convert warrior axe masochism weapon with 200% WD by Jasper to wizard. That simple change should give a massive boost since sword on wizard has very low default base DMG and same with wand.

Other than that, not a bad build. You don’t really need 500% poison DMG though. 300% is more than enough imo to save slots for some other thing. Although it’s up to you as it’s totally powerful using 500% poison ED and 200% WD on gauntlet.

Not much else I can say really but lemme analyse it more. I think the build is well built. Maybe sanctuary for survival of you keep dying and spending too much gold, otherwise you should be fine with Empyrean.

Discordance is an interesting choice though. However it’s actually nerfing your storm DMG since you don’t have 4+ Extra Attack and 4+ Multi Attack.

Although without Discordance your storm can be even better and for less cost. How? Storm 600%. Hero points 40 gets you at 1800% MH. Push the limit 50% gets you to 2700%. Well actually the discordance option does deal slightly more MH% but it costs more slots.

Replace Discordance with Energy/Fury. Maybe even alchemy if you know what you’re doing, though alchemy requires a balance of HP and MP and a good amount. Not the most slot friendly and better for primary skills Alchemy is. It’s either Energy or Fury.

Replace the 200% ED with 2× 2+ Multi attack and replace 5000 WD with 4+ Extra Attack mythstone if you’re using discordance.
Do try Demonic set over Pathfinder as one idea though. Momentum + adventurer.

Arcanist + ascendant does work but one way that could work is hirling ascendant but main character using Arcanist . Although your configuration would definitely work fine too. Seems like an ultimate build.

One thing you’re bottlenecked by is the discordance. Remove that, put energy and done. Discordance requires extra investment to make the most of it. Only really good for some skills and other classes. 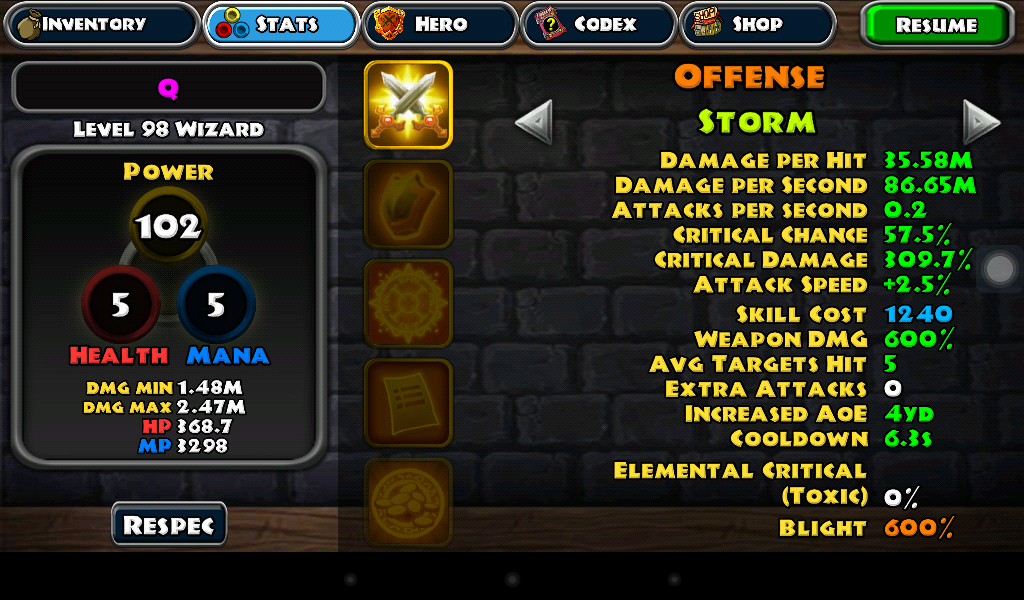 Main damage is from storm

So special skills like Storm Meteor increase damage in your over all MH dps? Multi attack and extra attack increase primary skills, does it increase Special skills just because your overall dps say so? Or it only does because of discordance?

Does gaunlet 200% WD worth it to leave barbarian 50%? Cuz I think barbarian made me go to discordance due to MP cost even not knowing the whole mechanics of it.

And would arcanist be underwhelming without ascendance? Cuz the prismatic is making my blight useless. Unless i replace masochism with permafrost, or replace blight with explosives/ procs. But 3.0 made procs have internal cd

The Gauntlet will have 200% WD and 50% Barbarian because it’s a warrior masochists axe Jasper to wizard class into a Gauntlet so no sacrifices there.

Arcanist requires arcane Debuff and ascendant actually puts the Debuff. I did suggest you can put ascendant on hirling and remove it on the main character so the prismatic doesn’t effect the poison . Although I can’t be super sure if Arcanist + hirling ascendant still worked like it used to since it relys on weaken instead of crit and increases ED% by 20% per enemy.

I did test and I felt an increase but not super huge imo. The ascendant buff also gives the 62.5% reduce resists as if it’s an extra 62.5% weaken at (5) using a warrior hirling with Wrath Talent , a wizard hirling with the iceburn + arcane or any other method of placing arcane Debuff such as an arcane attacking hirling in general.

Keep Blight! It would be terrible If that was removed since it’s a major part of your poison build. Procs can be a thing such as cosmicorb mythic . 400% explosive helps for spike damage but it’s not super necessary.

I wouldn’t replace masochism but if you did want that, replace with demonic and pathfinder with momentum or so. Although there are many options . Permafrost only works well if you use ice DMG and ice build. If you chose ice, you’d replace plagued with Frozen.

Right now you should remove Discordance since your build doesn’t need it.

Got my answers. Thanks!
Gotta farm back again to fix mistakes sobs*

What special skills work with Multi/extra attack that multiplies its projecttile? That way I wont throw my headgear, cant bear to throw away xD.

Multi Attack and Extra Attack Chance only affects your Primary MH Skill unless you use Discordance then MA and EAC won’t affect any Special Skill.

Multi Attack and Extra Attack Chance only affects your Primary MH Skill unless you use Discordance then MA and EAC won’t affect any Special Skill.

Sucks for it to get scrap xD
Maybe I was asking the same questions, just recenlty tried those resource mythics. so Alchemy is like a advance version of Equality set or something.

Holy crap! I just switch MH to Gloves the dps just skyrocket from 50k to 80k!

And how is it possible to reach block 75%? Is it possible for block affix on body gear? I saw a pic within the forums, maybe it was the previous version.

And how is it possible to reach block 75%? Is it possible for block affix on body gear? I saw a pic within the forums, maybe it was the previous version

Maybe I was asking the same questions, just recenlty tried those resource mythics. so Alchemy is like a advance version of Equality set or something.

Holy crap! I just switch MH to Gloves the dps just skyrocket from 50k to 80k!

Yeah you increased your DPS by 60% or way more due to simply switching to gauntlet. Gauntlet is the highest BWD weapon for wizard.

Alchemy is exactly what you said. Advanced equality but I also see it as advanced Harmony Mythic being 100% instead of 25% HP/MP healed. Although equivalence is true equality at its finest to force Equality set to give you the full benefits.

I asked the wrong question. I mean is it possible to get block other than OH?

Some gears have it on them already. Like revenge helm or indras boon chest armor

Oh… Never had a Warrior char. Damn guess only Warrior can go Block/Dodge 75%.

The gear can be jasper crystal’d… to any class

It adds I’m sure. The idea sounds interesting and powerful though.

Thanks @CuzegSpiked for helping my build!

I was finally done with my build. I did the Druid Bonus build you mentioned cuz I’m still not comfortable with Ascendance’s prismatic. The Energy resource was a great replacement for Discordance. My total regen reach close to 15k i think. Thats about x3.5 poison Dot. My regular crit goes 260m-2.5b, rare crits 3b-11b, spikes went as far as 11b-55b. The 55b was done by the toxic cloud on pack size map. I was still on flr 800+ and overpowered my way. I’ll try to climb as far as I can with. Thanks once again!

Yep! You’re welcome. Once again, cuzeg ftw! In b4 the I’m so good at video games comment by the TechnoBlade YouTuber who plays Minecraft. I like that YouTuber and felt like similar personality. 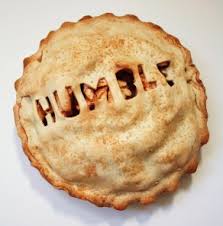