I found a few eternal while farming today: 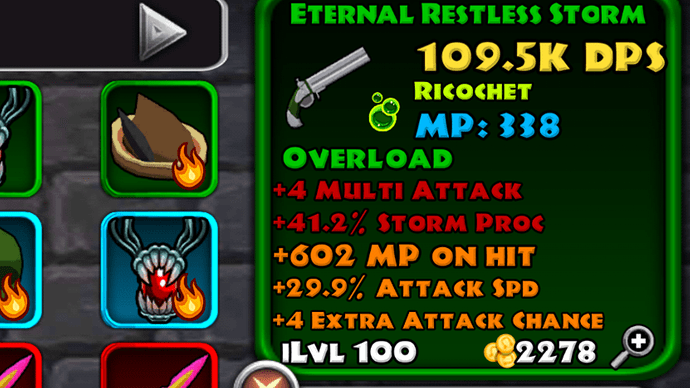 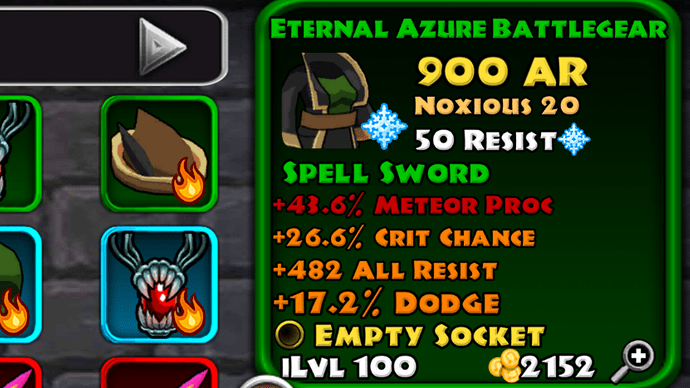 Screenshot_2016-02-02-12-14-24.png1920×1080 1.31 MB
.
I was messing around and put them on to see what spell sword was like (never used it before). To my surprise, when the comets shoot, 4 of them at least, they would hit and then bounce to multiple other targets. Is that intended? It is a lot of fun watching random poison balls fly out of no where and crush everything around.

Ps. Why are my pictures always stretched looking? Is there a way to change the pic resolution so it looks normal?

That’s a visual thing for the person who posts it. They look fine. Also, on topic, I never tried this, surprisingly. I love ricochet. Hopefully, it’s intended, and prospects for a build.

Agreed. Now I need to add vault for mobility and it will be called “crazy balls”. Nah, I’m to lazy to make an actual build fit for anything other than farming. Maybe in 2.1…

It is actually fun to play. The explosion at the end of the comets really provides more aoe function compared to normal bullets. That and the ricochets aren’t limited to when they hit something. It is pretty close to auto targeting since they shoot forward, hits an invisable wall and then splits into homing missles that explode on impact. Someone should look into a build for this. On top of everything, you spin when attacking lmao.

Wow nice! Never thought of that

Just an update on this. The ambush (projectiles lay traps) talent doesn’t work with the comets.

More info on this stuff, living force cancels out ricochet when used together. Which is unfortunate because I thought it would have been awesome to see the ricochets all come back in the end.