Guys does epiphany bonus will activate even if no epiphany affix on gear?

No you don’t. You need 70% attack speed on gear which doesn’t require epiphany. Even if you go over 60% cap without Epiphany, as long as your gear has 75% attack speed, the bonus will activate. 60% of the 75% attack speed will be counted but the 15% afterwards isn’t counted.

But if you want to feel the 75% attack speed along with the 70% bonus, then you can use Epiphany (5) to really have a feel for it.

I didn’t , I blew out epiphany set, 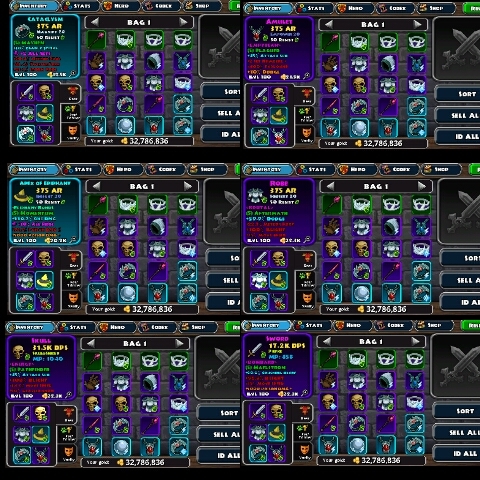 Sir , can you help me with this? I have 200-350k dmg but what can I do more to extend the dmg and efficiency of this build

I can’t see the affixes of the build to help and even zooming in, the affixes are too blurry.

then the bonus will work without epiphany?

Yes. I tried it myself. Even one of my builds show proof of this and it’s called Charged Inferno. I don’t know if it will change but it’s intended now that Epiphany Bonus works without the epiphany set.

Still, it take up some slots to achieve that 70% Total DMG.If you find a way to use that y0% attack speed, that’s a bonus but that 70% total damage works without Epiphany to help.

[image] The concept for fire and shock is for enemies to be stunned/paralysed with stack debuff and then the fire attack gets multiplied by high voltage and stack debuff and that also means bleed is effected. I have went far into floor 1257 and counting with a build type like this. Fire and shock concept was always possible but with the Inferno set and some other affixes, it's more damaging. Any build is capable of the fire shock/voltage combo as long as their main attack is fire and with…

wow cool thanks for the new info

Sir , can you help me with this? I have 200-350k dmg but what can I do more to extend the dmg and efficiency of this build

I would suggest finding an item that has momentum or roll it through amethyst then put push the limit, barbarian or glasscanon… But i would prefer PTL AND barbarian because it does not affect hp… Still glasscanon is pretty awesome! U only need a pair of these affixes for example 2 barbarian and 2 glasscanon… Putting 3 or more is useless unless its percentage is less than 30% but usually its in 49%-50 %