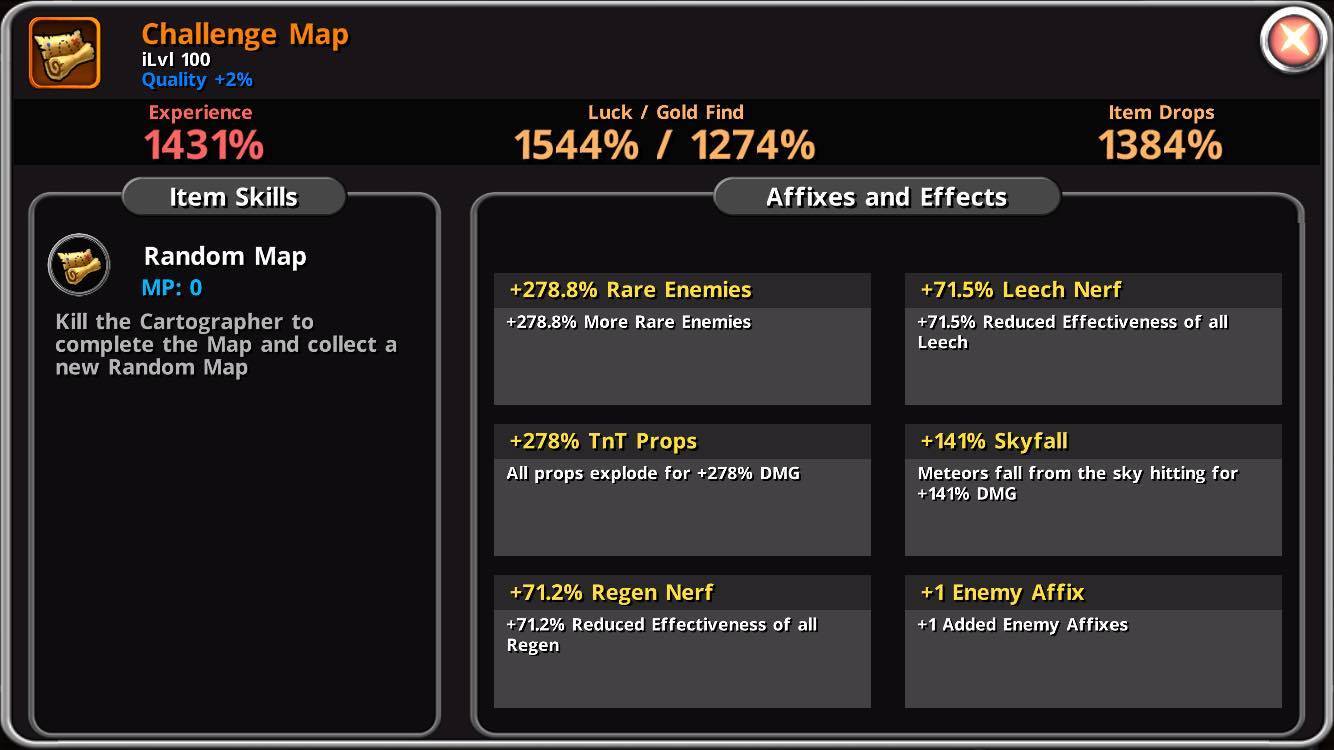 TNT + Skyfall + Leech nerf would make this a painful map for me. I’d use Diamonds on it until those numbers were lower!

My understanding is that those numbers at the top only affect the chest that you get after defeating the cartographer at the end, not all of the drops throughout the map

Yeah I would sadly sell that map back to the shop. Anything with Skyfall or TnT Props becomes vendor fodder. I’ll just spend another 50-100k to get another map with a new set of rolls, no biggie.

I go to vendor when I see HP regen. Enemy are nearly immortal !!!