Haizen here, and today I’m going to show how I farm eternal and crystal items with this warrior build. 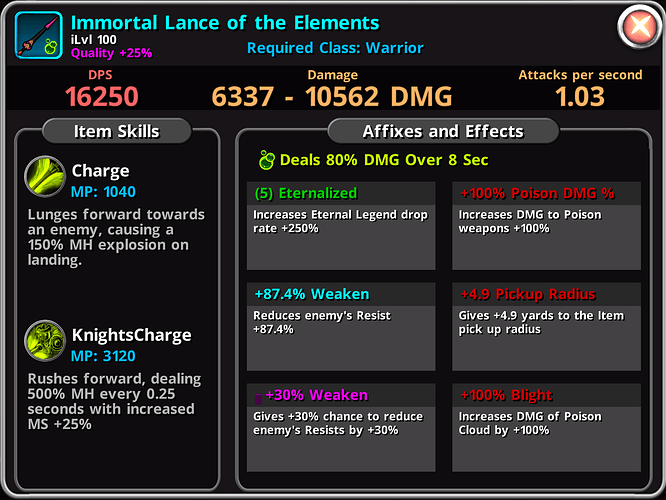 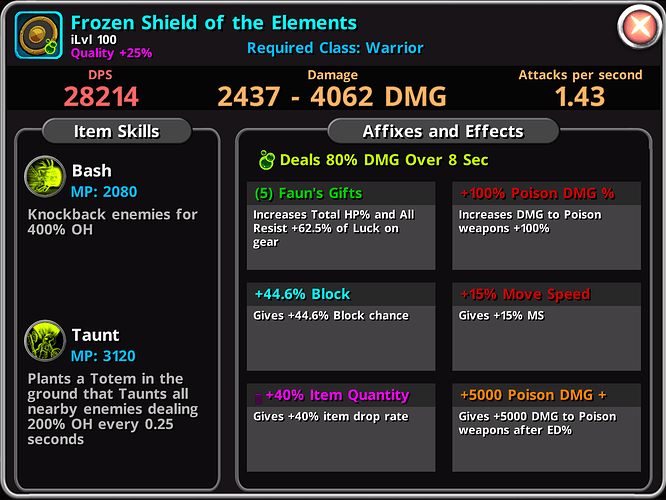 IMG_3281.PNG2048×1536 715 KB
note: the offhand weapon is optional, it’s better to use converted defiant offhand item which is the horn to warrior from different classes because it has sprint which is helpful but in my case I used frozen shield because I got it while I’m farming and replaced its set affix to fauns gift for more hp and all resist 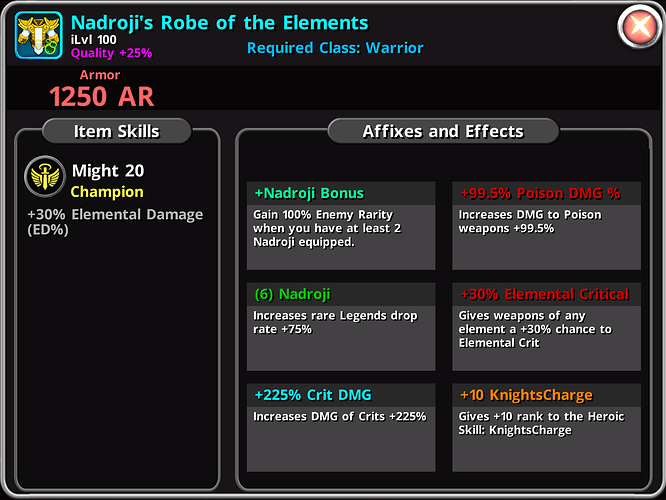 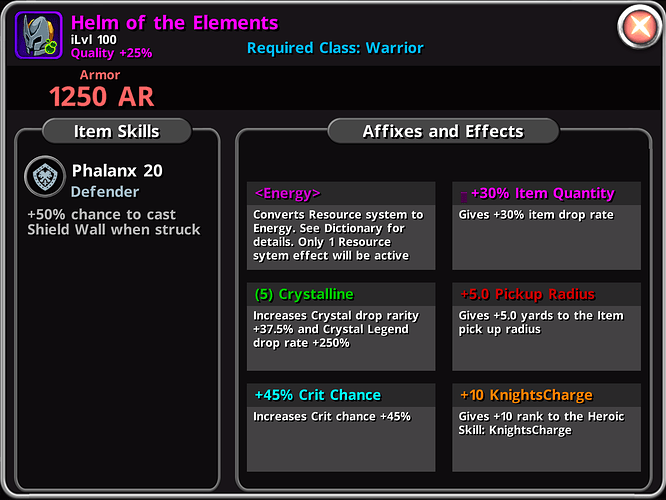 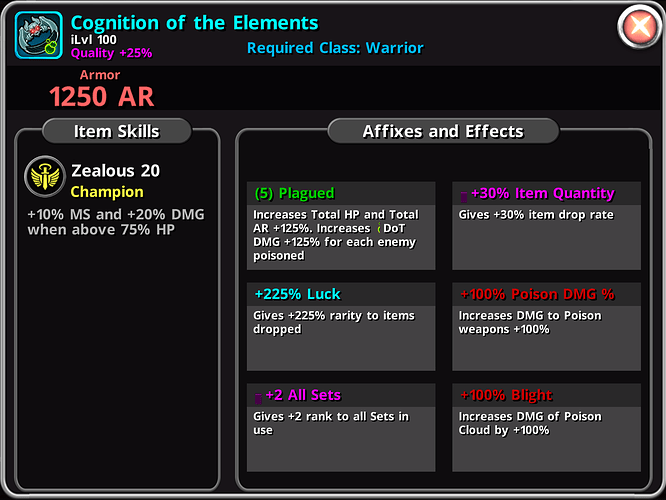 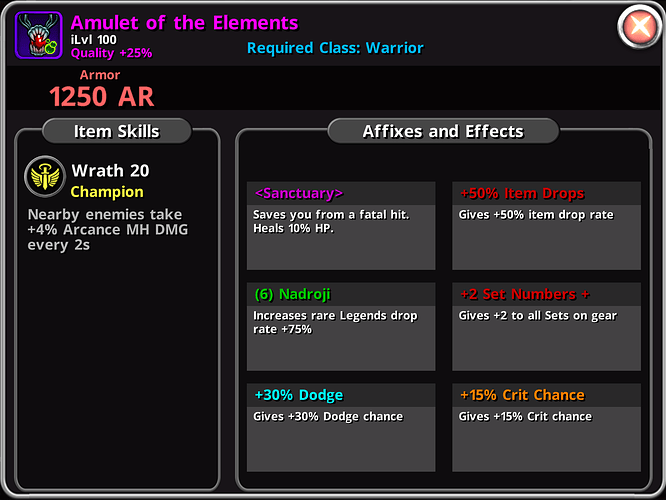 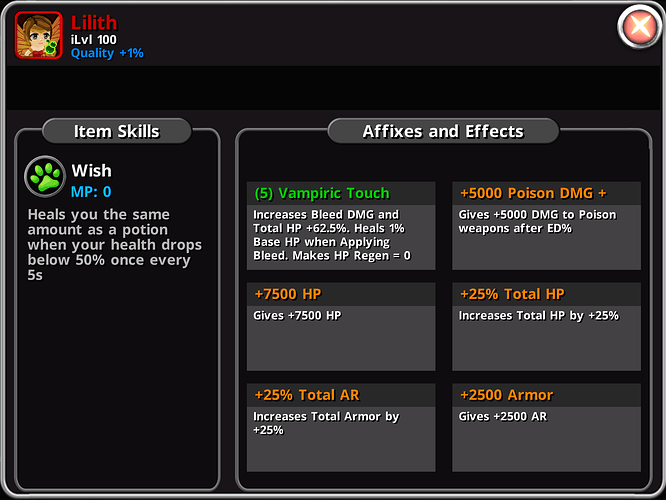 Gameplay: just spam knightscharge and contain all the enemies by using taunt. That build is effective to mob crowds which is when you add pack size in your map, I saw billions of damage whenever I farm with a lot of mob crowds. Effective on floor 500 to 800. I won’t recommend you using this build to kill tanky/ sturdy bosses so you should use your damage build first and drain their hp first to the lowest and finish them off with the eternal/crystal farmer build I made.

I hope you guys liked it and ask me more questions about on the build.

A big shout out to Cuzeg Spiked and to the DQuesting discord server!

@Haizen nice build though, no Epiphany?

@Haizen changing the 2x +5k Poison DMG to 2x +20% Poison DMG would give you better DMG, or replace them with 2x +10% Crushing Blow or Deadly Strike, to help take care of those pesky tanky Epic+ monsters. +20% doesn’t sound like much, but every fifth hit with CB would lower enemy HP by 10% of current HP on average, or every fifth Crit would be doubled on average. putting lots more hurt than the 2x +5k Poison.

the rest of the build looks great, even though Warrior isn’t my specialty.