This idea might have been around eversince the game started but hey, since we are all around here enjoying in wrecking others build and showing off how strong our builds are, might as well post here, talk, and discuss eberything about players and mechanics in ETERNAL LEAGUE division 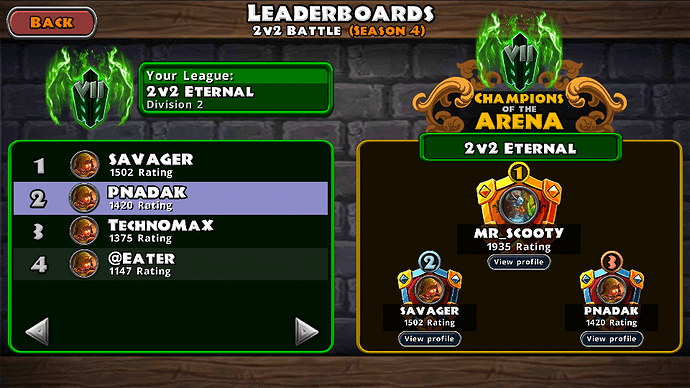 Im just right above you lol

I guess this is not updated.

And then there’s Mr scooty xD

There is a big wall, made of so called “immortals”, beetween div 1 and div 2, which just makes you rethink if you rly want to play arena.

Yeah. Also known as the “frustration/frustrating build”. It was originally meant to frustrate you and make you rethink your life (DQ PvP build lol).

@Mr_Scooty let me have it for a while 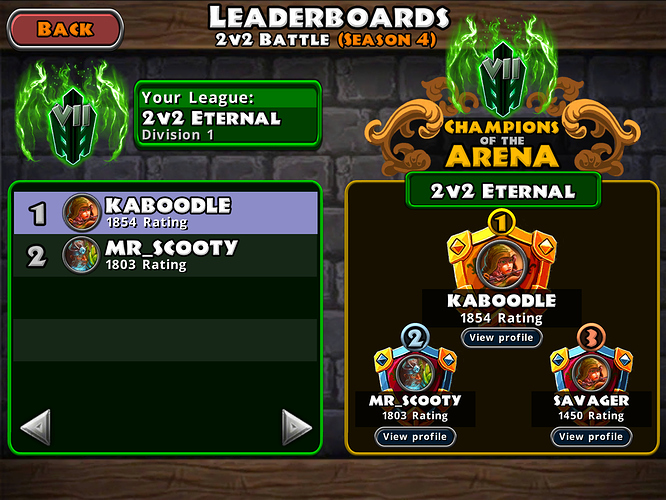 And here I am, bearly scraping through div.6

I was actually farming eternal chest but then i got hyped 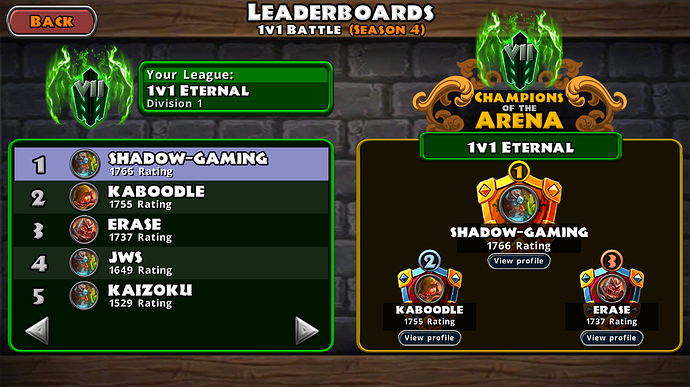 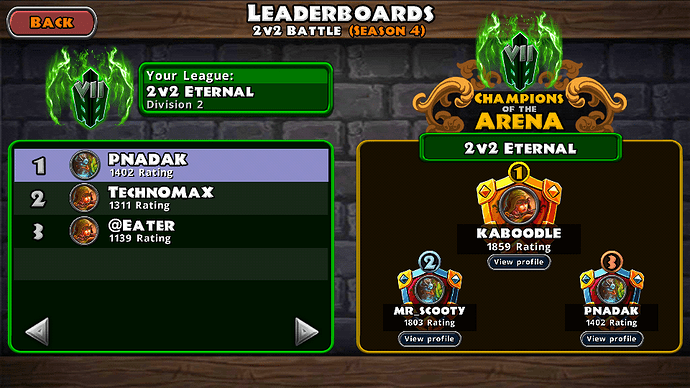 So shadowgaming ign is you! Lol your AI is super good always catching up with my vault even when I spam it