Hey guys just have a quick question. What’s your opinion for clearing a map and getting shit done haha. I’ve been doing mostly farming with my rag since I got it. But now I came across this Fate. What’s your thoughts and opinions? Have mostly farming hear on also 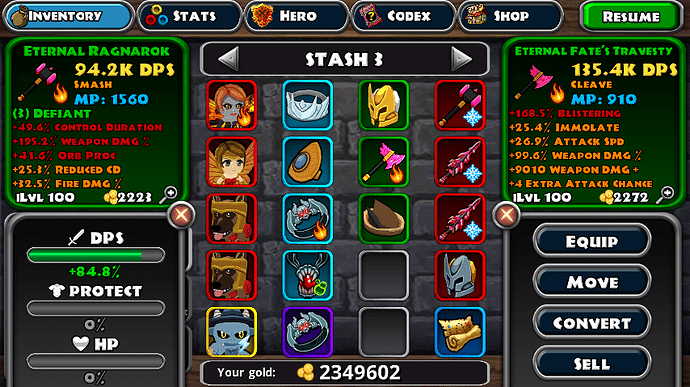 Fate’s travesty might be useful come patch 2.1 where you can use a Set affix that mimics rogue blinkstrike and quick attack. At the moment both of them are not end game weapons

Damn, I want that Eternal Rag.

What is an end game weapon for the Warrior??

I wonder why the damage of my axe lower than on the screenshot at the top? almost all the stats more than another axe. 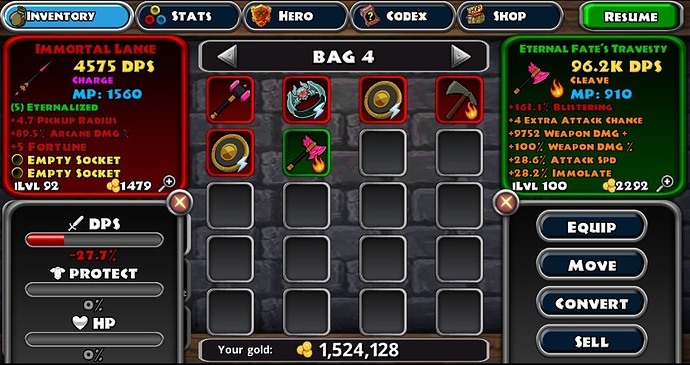 stats before the game update

Judging by the change in dps when you changed the element from fire->shock, I’d say you have +shock (either dmg+ or dmg%), where the OP has +fire.

No. The same value was before the change of element