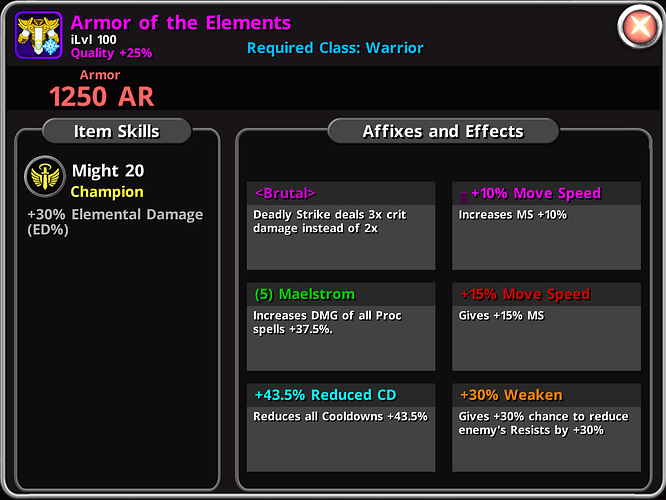 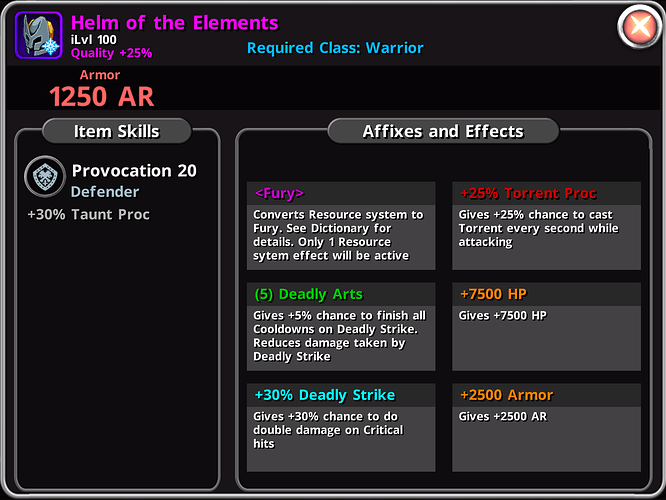 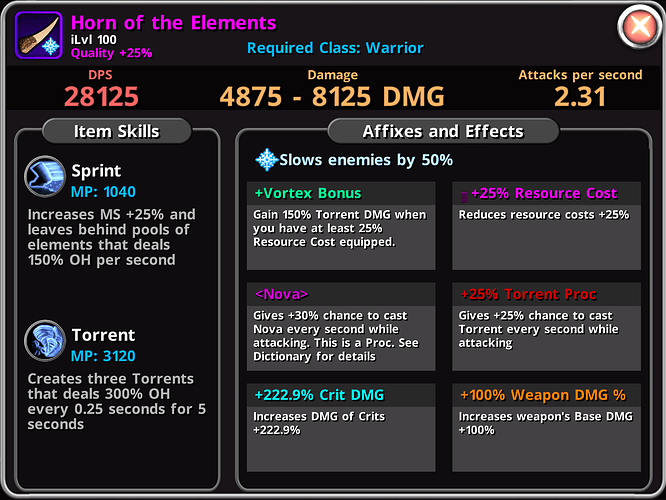 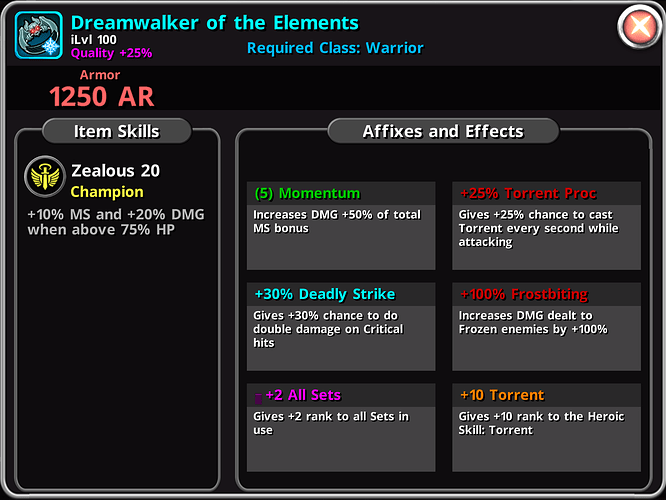 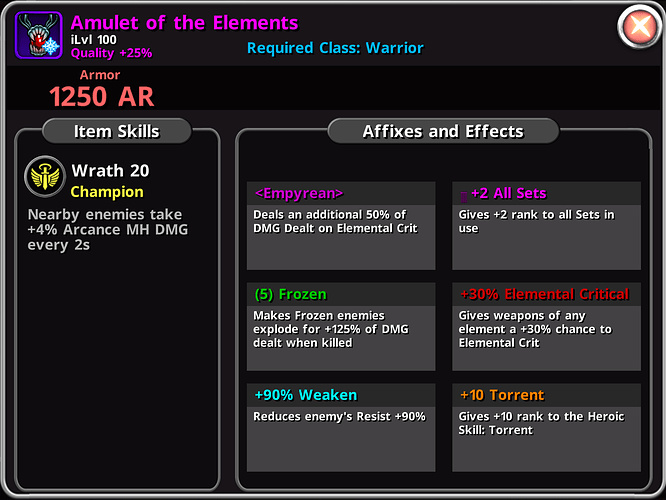 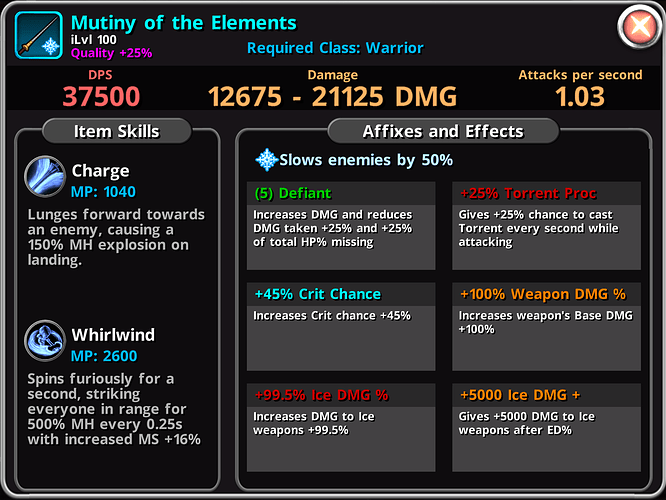 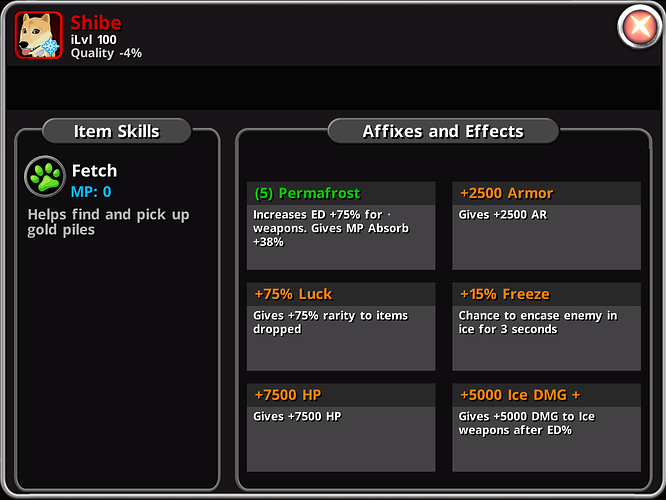 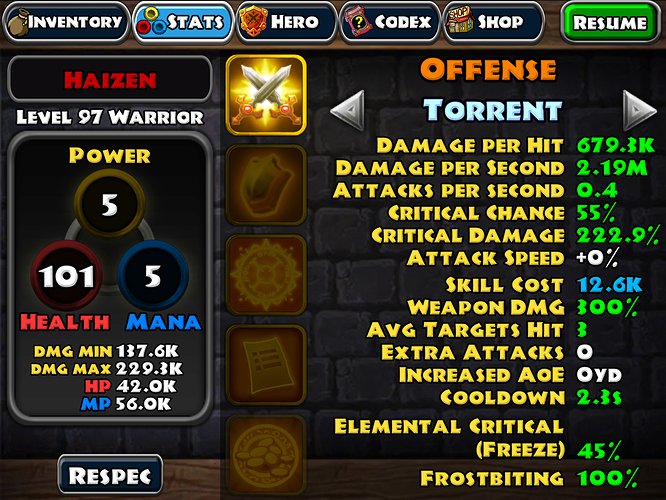 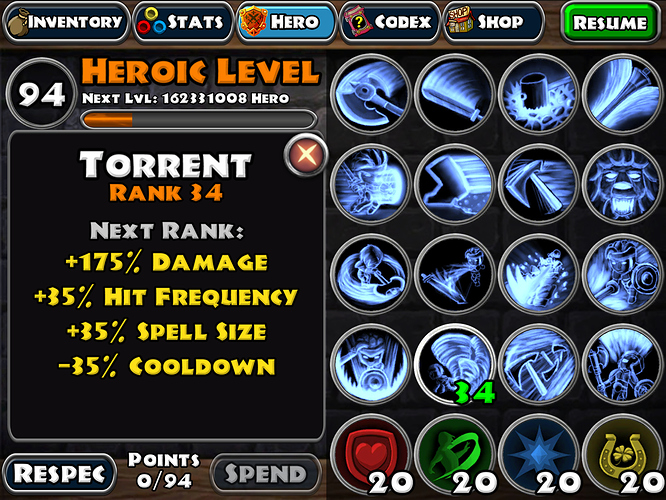 TIP: Spam sprint and torrent skill, the deadly arts with 60% deadly strike and frozen will do the work.

Any suggestions or questions are welcomed.

Awesome build. Also there is a horn with weapon dmg if you are able to Jasper crystal Hunger trap into Horn or skull as that Hunger Trap does contain 200% WD, which will buff your overall offhand damage since you use torrent.

Also try having dodge/block rather than using HP. The missing set on the horn you would be able to place such as Adventurer for example if you are able to free a slot. Other than that, a nice build. Rage set could be useful for max crit dmg. I wouldn’t use AR for PvE as well, it would be better to have more damage and dodging. Though since you are able to survive well, that’s alright.

What floor you at?

I’m ok with that horn since I prioritized using of vortex bonus. Yeah I should probably change the hp affix into epic dodge affix. Also I’m not going to use adventurer since I’m focusing spamming a heck tons of torrents so it should be the damage of horn.

Thank you for suggestions, I appreciated it.

You could get more procs and condense your torrent procs by one eternal from the mayhem set or maelstrom set. The bonus is 3 other procs that are just as likely to proc. One such proc is storm which has a knockback effect on enemy and as you are an ice based build would be excellent. You still get torrent as well. Check codex

Love the fact as a new player that you are making builds already. That was me 1 year ago when I joined.

But I need to put crystal affixes on all my gears tho, but probably I’ll consider your suggestion next time.

Thank you for your suggestion, I appreciated it