Hello Guys! Im new here but Ive been playing this game for quite period already. Lets get to the point. This build is for farming and yet deals hell of a chilling billion damage.

*sorry newbies, this is a high reroll set.
*pros, sorry to disappoint but this build is not close to GREEN GARDEN damage but realy have high potential.

*Damage output so far (highest Ive seen) 1039.9 B but its really rare. But youll see 1B to 600B as common crit damage on Frozen explosion.

Basicaly this build will be using Frozen Set obviously. 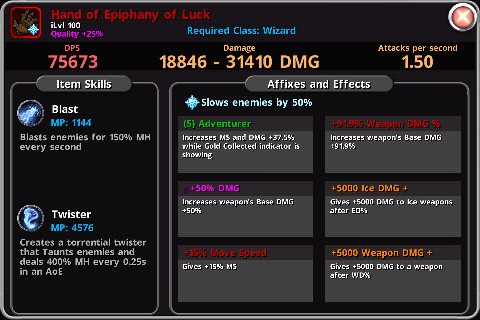 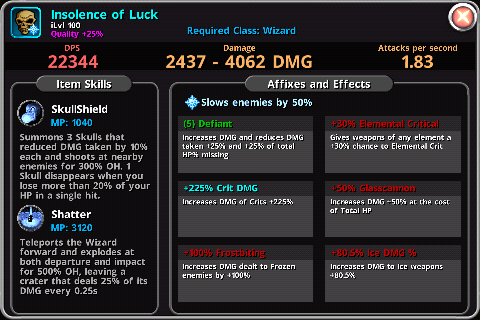 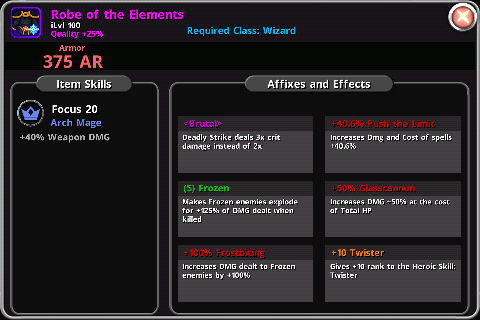 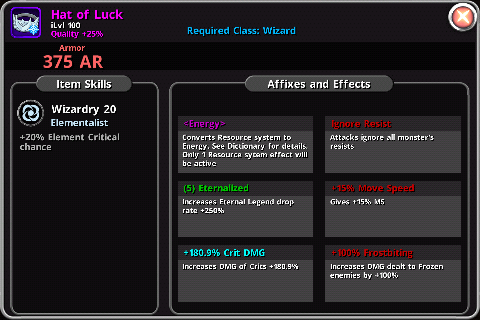 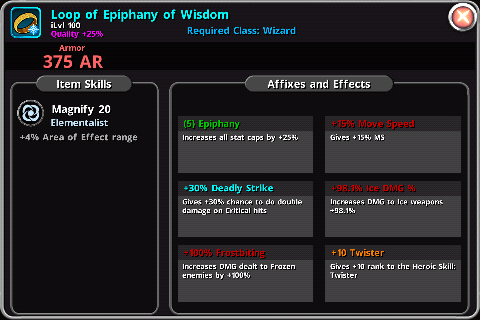 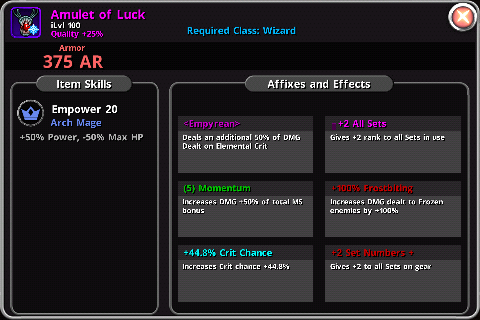 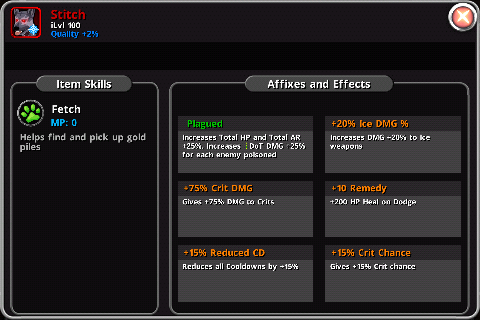 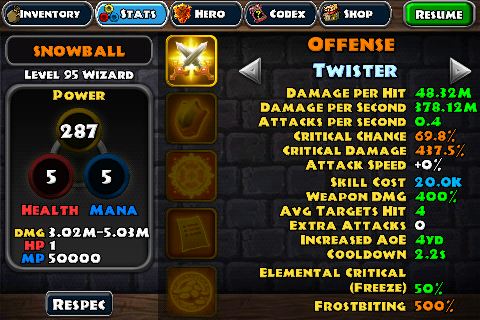 Cons:
*PAPER BUILD!!!
*YOU DIE A LOT IF YOUR NOT GOOD WITH MANUEVERS
*HIGH REROLL BUILD
*HARD TO MANAGE SURVIVABILITY

PROS:
*deals ensane damage
*good with crowd control
*can kill epic, legend and mythic enemies within seconds.
*MORE ETERNAL ITEMS
*SKULL SHIELD acts as freezing mechanic actually rather than damage reduction since we only have 1 hp.

Sorry Guys, Screenshots will be uploaded Later. I live here in the PH and internet really sucks and as well as my english. Do forgive me

how to improve this build?

NOTE:
*there might builds that are similar to this build so lets stay calm and just grind harder. hehe

This is same concept to my build, but i’m not yet done with it

This is same concept to my build, but i’m not yet done with it

hehehe like I said, it may be similar to someone elses build but thats a good thing.

I’m almost done, i’ll post it soon whenever I get a chance

i tried changing Empyrean with Sanctuary and its doing better now though there is slight drop on damage but still doing over 2k B damange.

Video has been uploaded guys… Watch it.

I suggetst that you should’ve made this to served as your merc rather than having it as a farming main for farming and change it to to a full potential damaging set-up.
Check out my gameplay video, you might like it

Awesome build. Found this build thanks to @TYRON YouTube playlist . That is quite the interesting farm build that manhandled those enemies with ease on floor 1k. Those twisters are HUUGE!

Congratulations, you earned a subscriber @clonedheart .

Good job for linking that build in description. I never knew this build was posted until now.

This build deserved to be in the Guides section instead of the Build Help section.

Without the farm affixes in full potential, this build will wreck havoc so well on those enemies.
Discordance​ twister or regular twister that are HUGE, those enemies are gonna have a hard time.

This is an amazing build! Wow . Also could u please show ur hero points hehehe

Id definitely get some ideas here

That build is 40 twister hose points which is no wonder why that twister is Huge.

Those Twisters are crazy you know, at rank 40 they’re unstoppable and can kick major arse in high floors. And it’s not even yet the full potential, it’s a version of solo run farming build. How much more if those farming affixes would be replaced by damage boosters? it’s going to be OP af.

Yup. And even more so with my Seasonal Maidens’​ build dealing 4000% MH or more per hit.

My discordance orb builds were op but if replaced by twisters or so, it would still be extremely powerful.

Btw add my will of the force build and the Seasonal Maiden build in your legit builds playlists.

My PvP orb deals 1600% MH per 0.1 seconds which is extremely powerful in PvP which explains why I went to top 10 fast enough and stayed no 1 for quite some time. Even the reactors and the discordance affecting procs was extremely powerful.

My PvE Seasonal Maidens’ build is extremely powerful because it deals like 4000% MH per 0.1 seconds.

Even with other skills like twister , throwsword , meteor, etc, very powerful damage.

Also the effective mythic making frozen explode into other elements is awesome and very powerful too.

These videos could be great to put on Tyrons playlist. Also I want to subscribe to him but I can’t find his YouTube channel.

The warrior I used was for stack Debuff and as cannon fodder for those enemies to protect me. Also as arcane Debuff for Arcanist so it’s essentially an 8th set slot build.

In PvP, a distraction warrior that applies stack Debuff so my orb can deal 100% more DMG from stack Debuff instead of normal 50% due to using 2 character.

Ohhhh another i learn tnx guys

btw, if you want to subscribe, heres my YT channel https://www.youtube.com/channel/UC84LOCOL_avOFGvQWqTxETw thank you in advance!

@CuzegSpiked your will of the force is the same as the build of mine but i dont use cosmicorb. i just use an eternal thunderbuss for rouge.heehehehe maybe i should i try it.

Oh so someone did think of the Chakram Discordance Orb idea. Great minds can think alike.

Cool. Thanks in advance

. You earned a subscriber.