I don’t know if this is a known bug but I’ve come across this ghost bug all the time especially after hell spawn mobs are killed. Attached a photo of one of the ‘ghosts’ bug after hell spawn killings.

Yea I get it quite often too, try to kill enemy’s gradually… But at least they stopped the ghosts from attacking you, before they would attack you and you couldn’t attack them back… Was quite frustrating, but wish hireling wouldn’t attack them

That was the problem, the hireling -warrior- will keep on attacking unless I’ll go far away…and sometimes I’ll go back to him to “refresh” that main char was there trying to lure him away and not wasting mana on a ghost! lol

This happen when u kill a very big mobs with massive skill, maybe this cause the fps too much for DQ to handle

Nah, even small mobs like those fast skellies can have ghosts after hell spawn kills.

You must be happy if just the only problem you face. Be scared if you face Zombie Cartographer.

I consider this as game feature

Well, any mobs can be ghost for that matter i guess. This should be fixed.

And warts are quite fashionable this time of year.

Yeah. After 3.0 though, definitely felt a lot less ghosts and after overclocking, even less , even at max settings on everything designed to stress test the device when playing the game, even with lots and lots of taunts.

As for explosives, well I didn’t try that trick but it would definitely lag for infinite explosives but a few explosives won’t hurt.

Yes cartographer can become a ghost, it happened only once to me but i also found out that ghosts dont seem to drop items either becasue when the cartographer was ghost the map became impossible to complete, just had to buy new map and restart

I started plaing this game on my PC mainly just cause this bug, and yeah after 3.0.0 it happens alot less but its still gloches the AI.

Another example of the ghost bug. This time literally…can’t see anything while toons keeps on attacking. If you 'toons are attacking without moving (both of your toons and not just your hireling) then your device may have hit a patch of really bad frame rate (fps) and when the game engine caught up it didn’t “turn off” your attack command. You can usually fix this by moving in a direction on the dpad.

May not be your issue, just saying I have seen a similar thing happen on my end while testing.

Yes, the only ‘fix’ is by moving past the ghost area. But its somehow irritating when I get past that way again, there goes the toons attacking nothing. 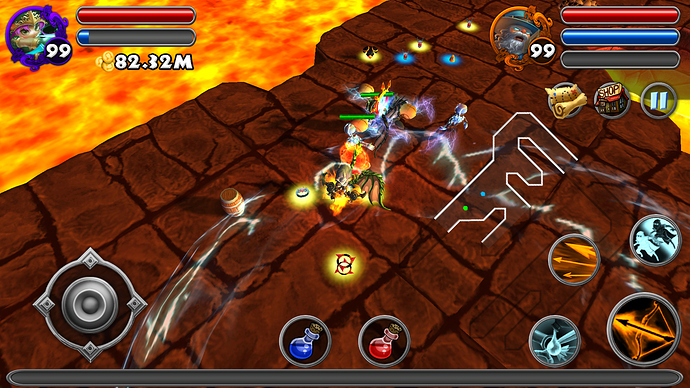 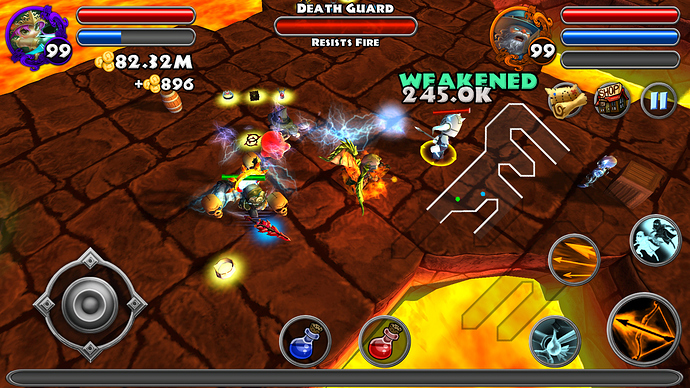 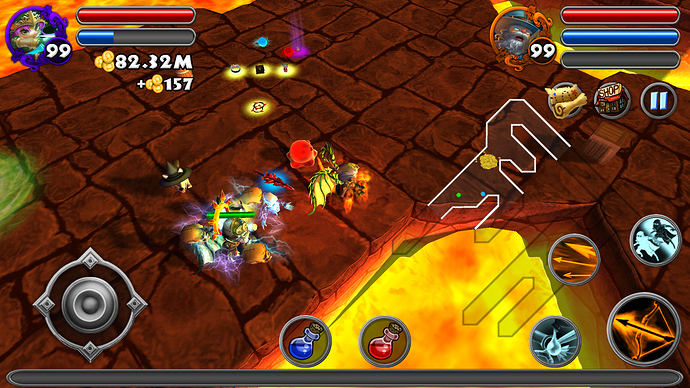 I have not seen (while testing) a wizard summon a minion but not have the character model of the minion in game. Will try to get this to happen.