So yeah I was playing earlier today and I think I got really luck with 2 specific drops. Earlier the game bug out for some reason and deleted my 4000 dps gauntlets I was using. Currently I was only around lvl 32 at the time. I checked the codex and it says this weapons only drops at floor 180 so I was kinda confused but happy at the same time. 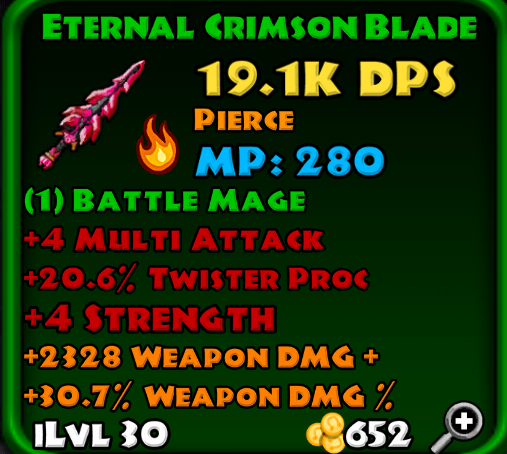 Here is a pic of the stats 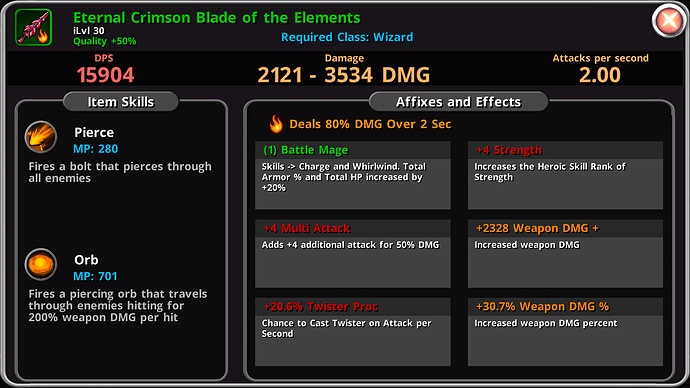 That is a horrible drop, enjoy having an ETERNAL lvl 30 weapon forever

Can u elaborate on that for me please ?

He’s only lvl 32 that’s why its a low lvl eternal. @Tidge I think because is a set green affix so its use first, and battle mage will change your ability as you can read on your second pick. Hopefully I help out a little.

Yup as @VicBot said the battle mage set makes your primary skill charge and your special whirlwind! Plus the bonuses to health and armor .