Hi everybody this is my 1st Build to share here in forums,
i call this build greenvoker coz of the color green poison and voker(invoker of dota) for the spells procs, 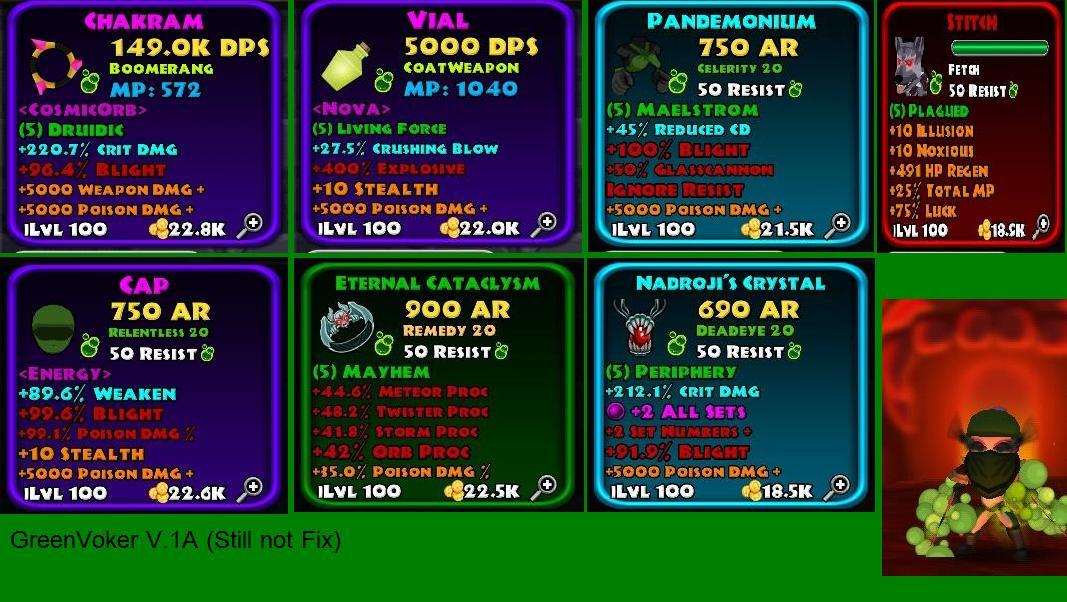 ), ill update this build soon enough until i gather enough resources to fix this build

i am using this build on floor 2.5k solo run and still counting

Can you please show an image on the damages it can deal?

DRUIDIC doesn’t make sense in there because of the absence of these 2 important affixes that buffs the set affix itself MP REGEN + HP REGEN. Without those two Druidic has nothing to do with it. I suggest you better change it to IDENTITY since you’re focusing on PROC type with mixed skills from other classes. With Identity’s presence, it gives you great damage boost for all of your proc spells from other classes (Twister, Meteor, and Orb Procs) hope it helps! happy gaming.

that’s why i said its still not fix ^^

identity is my goal, but still unlucky,

still waiting for the update