Having trouble with "Skill Cost" after update

Now Skill Cost is too high and Mana Regen is too low. So i can only shot once or twice because of mana lacking than enemies kills me and i got stuck in map 946…
Because of autoupdate, i have 2.3 but i am thinking about downgrading back to 2.2 if i can…
Any opinions for solution??? 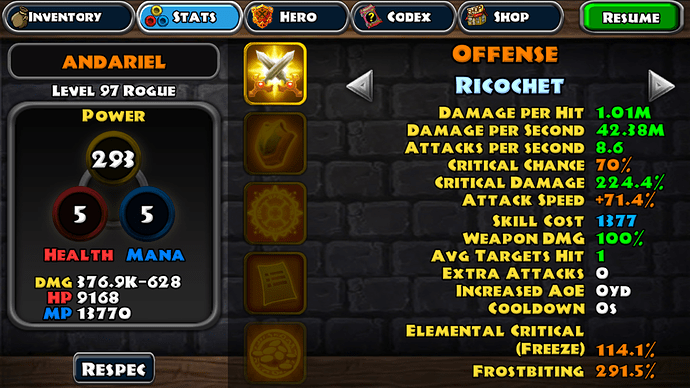 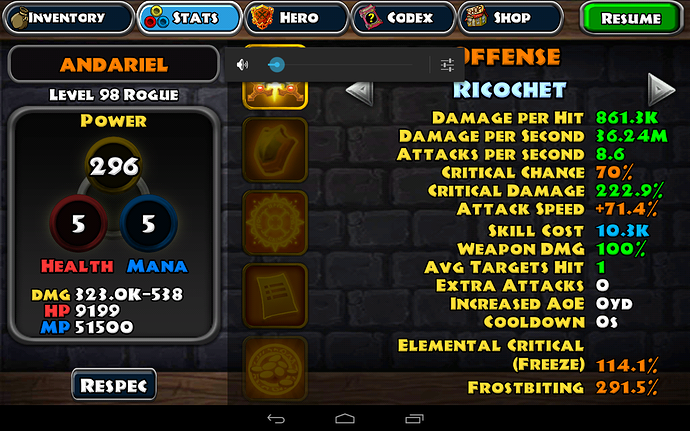 Simple, don’t use Energy and Push the limit.

The devs decided to keep 1) and fixed 2) and 3) while rebalancing Energy. In my opinion, 1) should have been fixed too but oh well.

it is not that simple for me, so my damage goes down&down
how can i make more damage without using them???

i realized something. “Energy” is the problem. After update it became the worst thing in the game. it makes your skill cost x10 times more…

Actually, it casts the same 10% and 30% regardless of how much mp you have. I use aftermath constantly and it casts very consistently, even before the 10x base mp. I think the 10x base mp could be useful for mana shield build on any mode though.

Anyway, it’s now better to have at least 50-25% energy left than full Energy because full energy no longer gives dmg bonuses. Hachimon build is nerfed and other builds that rely on full energy too are nerfed because some builds took advantage of full energy with ease.

I liked the full energy giving 100% more dmg but at same time disliked it when it came to faster casting builds so when they based it on missing energy%, it is really helpful on these builds.

For builds that did need to rely on full energy previously, barbarian can make it easier to get energy missing % for more dmg along with push the limit (optional but huge dmg) if these builds find it difficult to have consistent missing % energy. Not to mention, huge dmg and that could be very useful.

Since you are having trouble with skill cost though, I suggest no push the limit or barbarian. It’s good job no free high dmg ,because then it would be too easy. If you still have trouble, you could remake your build to adapt to new changes. Getting high dmg and casting consistently really isn’t too hard though.

Getting high dmg and casting consistently really isn’t too hard though.

It is for new players I’m only doing 2 mil a second with my dps build.

Try and error~ that how u gain experience in game and understand mechanism of the game.

Thus with that experience and knowladge, u will find the way to manage ur build