Hey guys a little belp? Just started so maybe this is me just being a noob. I have 12 ranks in cleave, using an axe, and the “cleave” symbol looks like my main attack. I should was building my warrior around bleed but every time I look in the stats it says there’s no bleed damage or chance. What am I doing wrong? 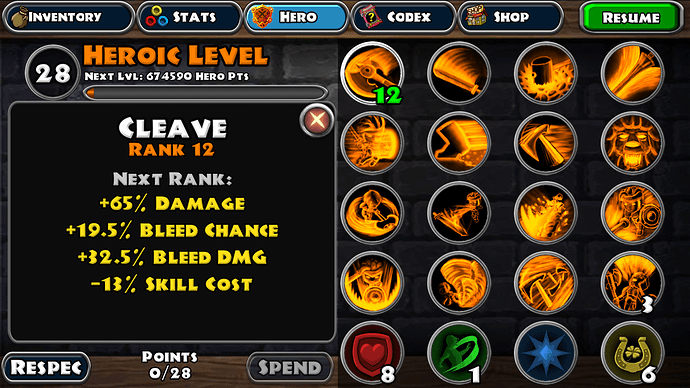 I see it… Look at ya pic bruh.

I believe the hero skills don’t always add directly to your stats.

What about it? Like I said just started playing

The bleed chance is added, just not on your stats page. It’s only visible through your Heroic menu. Unless you’re not using a weapon with cleave.

When the lvl number is in color green that means he has the weapon with that skill. Bleed chance on the stat page only counts the epic affixes that you have in your gears (epic affix 10% bleed).

Green is also the color when it is increased by an affix.

That’s true as well. But it’ll turn orange if he doesnt have the right weapon ^^

Which doesn’t make sence because I have an axe, even says “cleave” right under it. 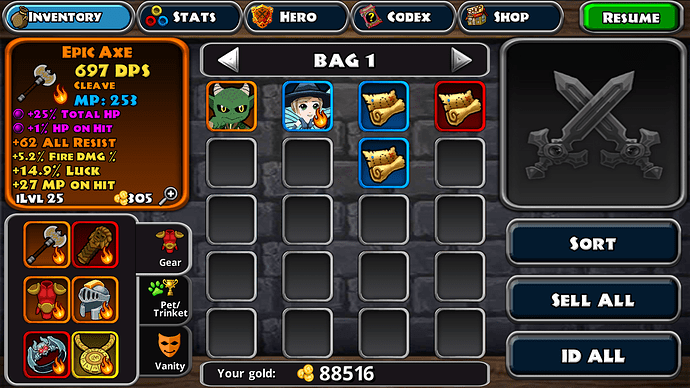 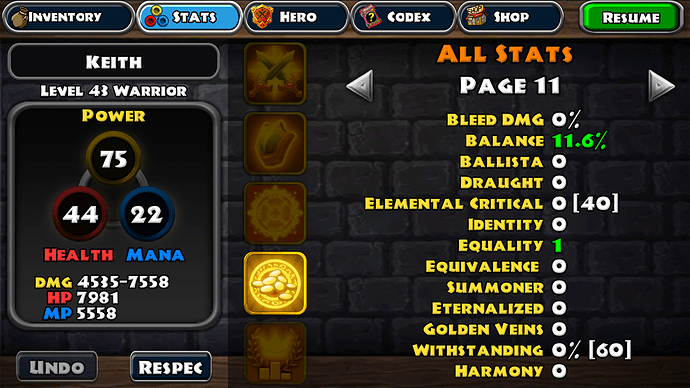 your fine. you have bleed chance and bleed damage. as i’ve mentioned it only adds the affix in your gear in the stat page.

Should it say “bleed” every once in a while when I attack? Like with other attack modifiers?

No. you will see enemies literally bleeding. Test it.

If that’s the case I feel like the developer’s need to add that to stats. Kind of a big Stat to keep track of

Awesome thank you everyone for the help!

The problem with adding it to the stat page is that it only affects that skill, not all of your attacks.

Hey! Thank you for the bug report. This isn’t a bug. Hero skills doesn’t count to all stats screen.

Well for me, I’m constantly checking my stats to see which items are helping me the most. I figure if I have the ranks in cleave. And I’m using a cleave weapon it should show up in my stats. And obviously if I remove the cleave weapon, but still have the ranks the stat would disappear. Would help a lot to make sure players arnt looseing points by trying to max, say bleed or crushing blow but they don’t realize it is allready maxed due to the hero skills.