How to purchase in-game items/etc

I’m planning to character slot, but i have no idea how, i don’t have any credit card, can anyone teach how could it be possible?

im just using a simple andriod phone, probably i’ll just find a way to purchase credits on google play. can i have some suggestions on how can and where is it possible?

Bro @deathGG , can you show me the process? or just in words anyway? if i load my sim in Globe, what should i do for me to convert it in google points? 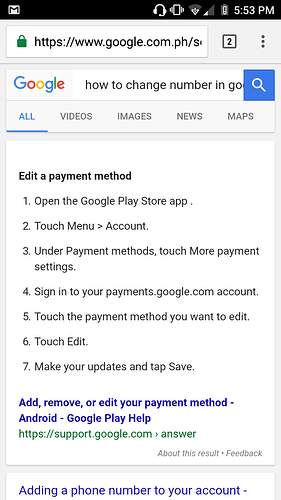 See if this helps

@deathGG so after doing this, you say that whenever i load my sim it will also be converted on my google account?

Yess it will automatically convert… U can purchase using that load… But make sure u have enough… For example when u buy a slot it says there 46 php but there is vat added so u have to pay 52.80 since 12% is the value added tax in the Philippines that is

Ok got it thanks alot @deathGG, coz i get bored playing only one char

probably for 1 slot char ill be spendin around 60 php right? btw how long are playing this game? @deathGG

Yes about 60 php… And im playing this game for 2 months plus now hahah started at the end of october last year.

is it worth to buy boosts? whats ur class? @deathGG

Frankly i havent bought any boosts yet. But i think its worth it if u use it wisely… I suggest u ask the pros on how to use ur boosts properly so it doesnt go to waste

I got all class… Warrior, wizard and rougue… But my main now is rougue

Are you referring to Globe Load for your 60php?

You can send me a direct message if you like and I can try to help.

Still need help on that?