How to reach enternal league

the Forums on PVP Builds to get an idea of what works and doesn’t work, and what other players are doing.

also, until you do find that good build, maybe have one offense and one defense Build. the defense build is what you put in when you are offline. when you are offline and your character loses, you can go down in the ranks. a defensive build might mean fewer loses so that you don’t drop much. if it’s good enough, you might not drop at all, or even move up a little bit, you never know.

I’ve been up in the Eternal League only using Epic Affixes, you just need to know which ones to use. same for all of the other affixes. I did use affixes that are mentioned in many posts on making PVP builds, so I had a head start on crafting without having to do tons of research (yes, I’m lazy).

I got in the enternal league by just soammimg some twister

Hey, hope you are doing well,

If you posted your PvP build it would be easier to help you with specific changes to your build,

Something I observed from climbing to Eternal League is that most people ranked below Eternal have builds which are so underdeveloped you literally just need to stat check them to win,

When you play on the defense, just make sure your AI is working as intended and doesn’t shoot out of range or run out of mana - this will make you lose more points than a bad build would.

The AI script parameters are probably just as important as your gear.

Sorry this doesn’t help much, it is all about your character though, the strategy and technique are very build dependant so no use speaking about that yet

A.I. is just as important as the build. I am still learning how to tweak mine for defense (when I’m offline and some other player is slapping my characters around the Battle Arena). and A.I. settings can change based on enemy metas in PVP, and whenever your own build changes, a good A.I. setting for one build is a bad A.I. setting for another build.

and it’s true, players in Eternal League worked hard to get there (this doesn’t include cheaters, unless they worked hard on a ‘good’ cheat build in the cheaters Arena to get to the top). and builds are always changing, as new builds are crafted to beat the old builds.

Read any guide by @Mr_Scooty @NUIQUE to start. 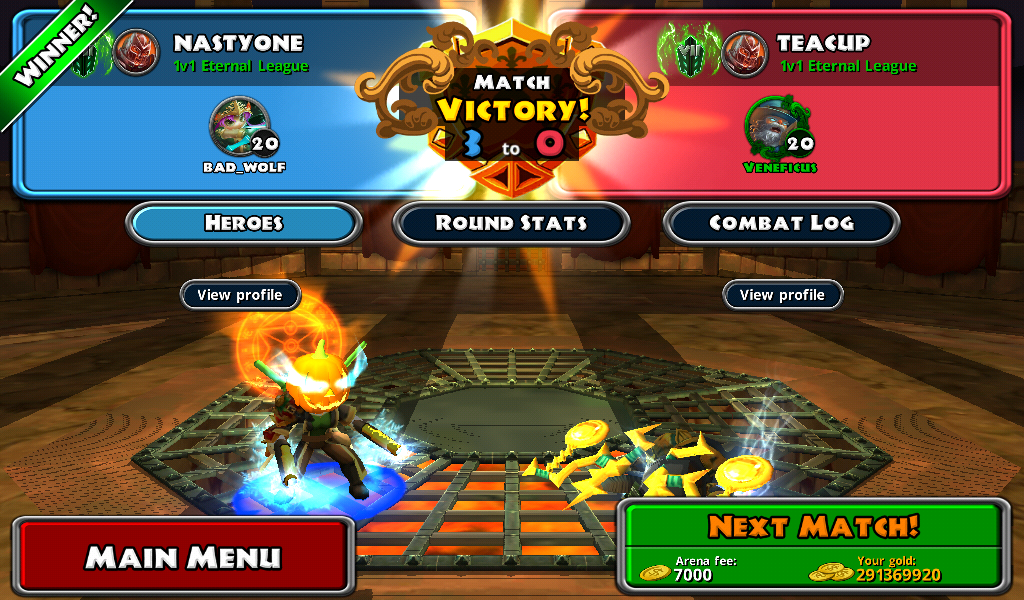 nice! looks like bad wolf had a sip of victory from teacup!

@Golem it was a thumb breaking, screen tapping exercise which was difficult. And which im not confident with

you worked hard for the win.

30 hours worth of boost. It will take ages

hmm, DQ doesn’t really have ‘power ups’, so those Pets won’t get very far. I bet you get some good ones!

Ive boosted up. Ive got 44 hours of monster boost left. Should take me months