I got in the enteral leauge 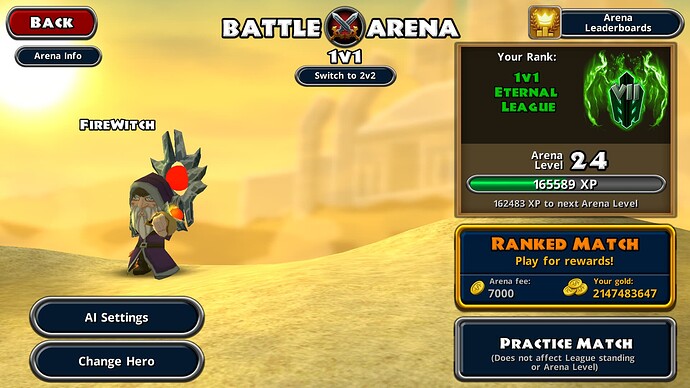 Congratulations. Its impossible to get thrown out of eternal league. Ive tried. Just perfect your character

WRONG!! if you’re in the low end of the Eternal League, you can end up getting sent down to Mythic League from losing to other players while your Character is on defense. but as dickwad@ said, if your Character is good enough, that wont happen.

my wizard keeps dropping to Mythic League, but that’s because I’m still using a weak PVP build for defense.

good to see you again, my time traveling buddy in a blue call box that’s bigger inside that outside!

@Golem youve just given me a mad idea. Genius. I put really crap items on badwolf. Get myself demoted as low as i can go. Then switch gear and climb again. Trouble with eternal league its a grind to edge forward. You may get 11 points winning one match then lose 11 the next match 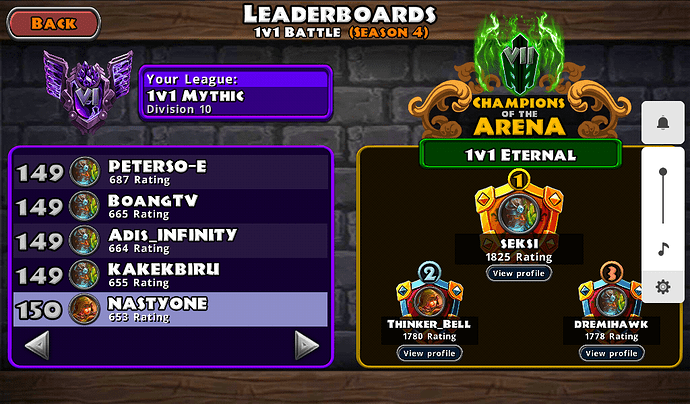 if you want to drop fast, go to the first floor, put on level 1 or 2 blank gears, and fight your way down the ranks!

@Golem you are right. I got demoted to bottom to mythics ten. But i couldnt get demoted any further

you might have to lose enough points to go to a lower Division. as, you might be ranked to high to drop to Legend, I think.

or maybe we can only drop so far, depending on how high we’ve gotten? 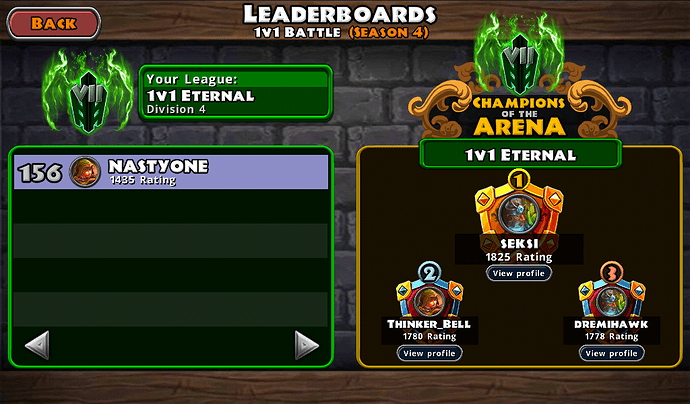 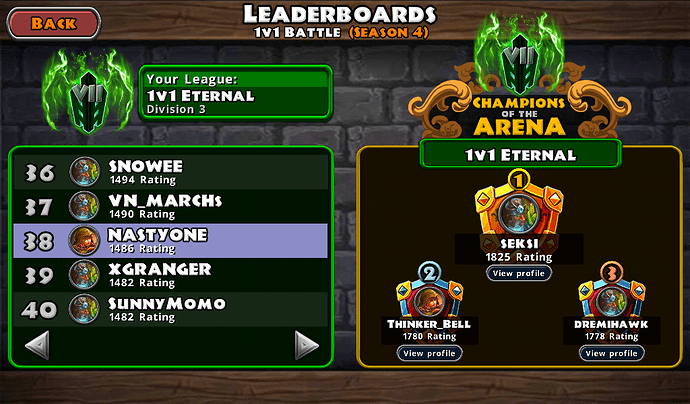