On a different note from my zombie bug post.

LETS SEE WHAT I GET. PLEASE BE NADROJIS SOMETHING!! 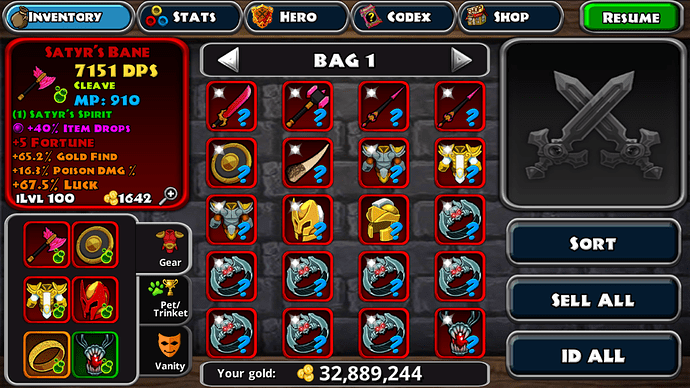 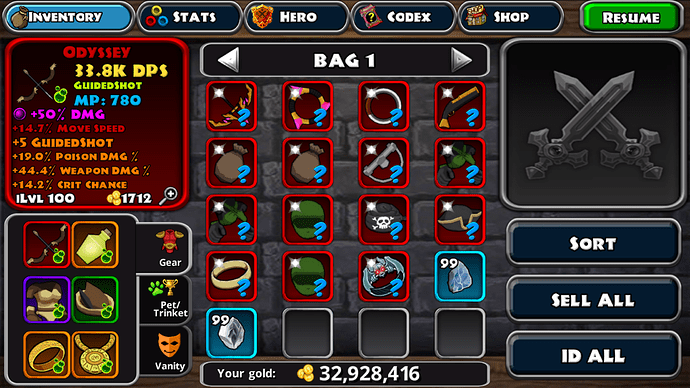 I have to click ID when I get it. I can’t help it.

Might have opened a bunch if legendary arena chests at one time. I am officially broke now because I converted all my away chests and the legend ones I collected from letting my nephew play arena (needed to level up for the new vanities but was lazy). He did better than I thought he would, even for being 7…
Anyways, I spend like 30-40 million converting and opened like 10 eternals chests, a few were lucky finds from arena, all to get lame stuff. Then I opened like 40 more legend chests hoping for a silencing trophy… didn’t get that either…

Back on topic, good luck for nadroji!

Didn’t get anything good. Gonna farm up another full bag and try again.