My Infinite Damage Build for any Class
(with the least affixes on items, while still being “somewhat viable”) 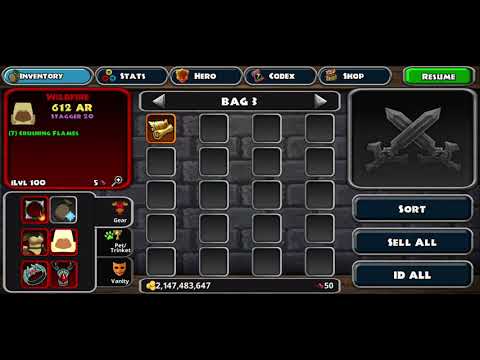 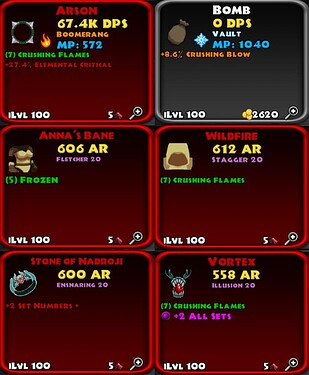 Requirements for the build:

The build can be constructed relatively easily by buying the shown items
from the codex as a base and filling the rest with whatever you want.

It can be effectively used as a farming / floor-hiking build by adding more
Dodge / Luck / Item Drop Quantity / Move Speed / Cooldown Reduction affixes
and sets like Eternalized or Epiphany.

I see the potential in this item but what if I/we add a Fury mythic, is it okay or not?

I use Energy in my extended version of the build, because Fury requires you to actively build up the resource for it to be used, instead of letting it passively accumulate like with Energy.
If you add a bit of resource cost as well, you won’t have any problems with MP at all.
*But Fury should be fine also.

Uhmm… I use a Fury mythic for my vault skills, I know that energy gives you a MP Regen without using skills but using Fury/Hunger sets will makes my blinking faster for a while for quick finding an Enslaver and Cart hehe

My thoughts in your build is just unbelievable like wow! Killing using 8 affix is an insane thing that I’ve seen ever

but the risk of it for me is maybe you need a pack size to execute the killings. And the set up which it consumed the time the same as the build of a normal one.

going to try it out later today, looking forward to lots of damage.

Now that’s what I call experimental. I have to test it.

Kindly comment below if the build is effective Mr. @Golem and @dickwad

Someone in the forum already posted similar build years ago. He test it at 15k floor if im not mistaken.

I think that when the floors get high enough, the enemies HP is INFB, so when CB gets INFB, it’s instant kill, instead of 25% of current INFB HP being taken off of the enemies INFB HP.

Testing: I was only able to test on floor 1800+ M3, but I can say it did great against Normal & Magic enemies. Rare needed a bunch of enemy mobs, Epic Enemies needed big mobs or multiple mobs, and didn’t always die. Legend & Mythic Monsters just killed me while laughing if I didn’t stay away from them.

in the video, it took killing 2 mobs near the Cartographer to defeat it, and you die about 3-4 times. so Dodge & Sanctuary are a must.

in the video, the only weird thing was the INFB Critical Hit around second 44, and a few seconds later an INFB normal damage (ok, not INFB, but up around 100’s octillions of damage for both). that isn’t possible when the Orbs damage is around 40k damage per hit. this Build only has 10% chance to Crit, 25% if all Items have Death Natures. if you get a critical hit for every attack with 20 enemies exploding with Frozen (5) while starting with the first killing attack being 40k damage, you can get the damage up to around 3 Trillion damage (my calculator stopped around there). and you still have 13+ zeros past a Trillion HP to go. I guess those 2 hits that aren’t possible might be a bug of some kind.

this was actually a fun build to test, but I spent around 12 million gold to keep testing after I died a lot. this would be good for lower floors as is, higher floors if you Craft it well with more affixes and stuff.

I’m using a Crushing Flames (8) Build for Climbing. at the moment, I need to tweak 5 affixes to get me to floor 3k, hopefully. that will give me time to think of the next Floor Climbing Build for floor 4k and beyond.

Once I finished my last idea on floor hiking build I’ll post it here in forum to see how fast I climb a floor and to make comparison practically.

I should get frozen xd