I’ve had this for awhile but decided to ask. Has anyone else discovered the seemingly broken interaction between cerebral cortex and arena? I have a mana shield wizard. 350k mana with twister/torrent as skills. Every day I’m logging in to 30-40 chests from wins through my AI 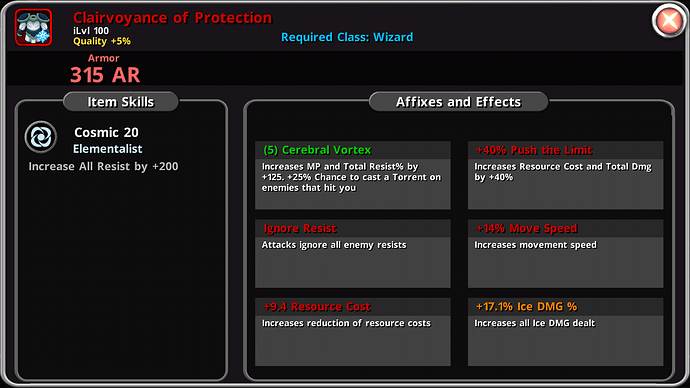 The real hard it will get after you get to division 1 ;D

Cerebral Vortex is borked. Will be fixed soon.

More damage than its suppose too? Should I swap gear? I don’t want to abuse a bug if that’s what it is.

Not a big deal. Just know that this is not Six Flags, and your fun will not last forever.

Hahaha I’ll keep that in mind. To be fair, as someone who lives 30 minutes from six flags, the fun only lasts until your too sick. I’ve accepted that I’m too old.

It is not cerebral vortex that is broken but torrent. Most OH skills are too strong/weak compared to MH whose balance are similar.

Also it is fine that you are getting a ~40 away chests per day. More active players = more chests. The system generally gives your away team a 50/50 winrate unless you are in the top 10 (which sadly you get less chests because of fewer players).

The only indication of an OP build is you go from common to eternal league overnight.

The only indication of an OP build is you go from common to eternal league overnight.

Which I did with a really really subpar build with torrent, as you mentioned! That said, cerebral vortex + torrent is probably much stronger on defense.

Any idea what rank is ideal for winning defense chests?

Not sure but from what I know of statistics, I would say epic since it has the biggest pool of players.

What time is the update?