I find that arena will my current setup to be used as offline AI after I do a fresh install of the game. What is the process to save the current t AI without doing that? Is there a way to manually set an offline AI to be saved for battle?

So if I go into AI screen it will save that setup as my offline character in arena? I don’t recall seeing the graphic after just going in and out of the AI screen.

I’m talking about the game saving your character to do battle in arena when offline. The game tells
me when this happens and I only see it happen once in a long while. I force it by reinstalling the game but would rather be able to do it more easily.

So it doesn’t have to show this screen? 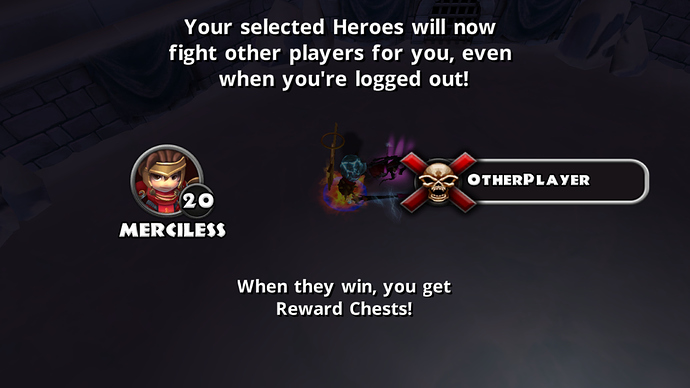 O so it’s just a tip screen. Thanks for the clarification.

it will only show once