The monster should be dead,but it still “alive” and still can attack me 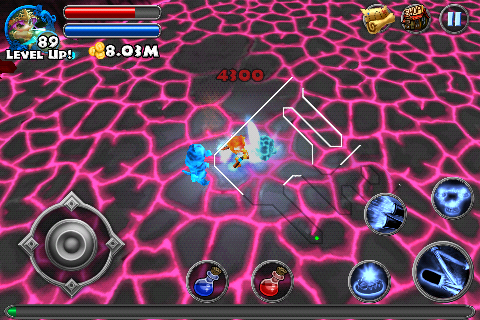 Yeah i still encountered that Mobs too… As well on pack size maps they’ll revive if you taunt enemies and get lag.

Oh yeah it happen when i do map with packsize affix

Also if possible to reduce those zombies, get a higher specifications phone which are latest or close enough to the latest version.

If android device, go to developer options in settings and force GPU rendering.

Another thing you can do if you’re extra willing to take risks is rooting android device whether new or old. Maybe jailbreaking iOS device for iOS users. (Warning, loss of warranty or if done wrong, break phones).

With that power, you can overclock/underclock, reduce resolution (I reduced my resolution from 1440p to 1080p and huge performance increase and less zombies). I also changed some kernel settings on the S6 if need be just to see if they work.

The most efficient way to increase performance imo is reducing resolution and forcing GPU rendering as a simple option and if that’s not enough , overclock is the last step if phone supports it. If that’s not enough, sometimes higher spec phone helps.
What I found is that zombies are related to lag. The less lag possible on phone and the most performance, the less likely zombies form.

For dungeon quest, keep the fx low by not clicking the high/low fx button because the default graphics on this game is low fx which actually looks cooler for this game and less laggy imo.

Packsize is where they are most likely to form though but packsize is a necessary evil to be very efficient at farming and for damages sakes.