New player is this overpowered?

I just thought it was weird early on I found this amazing chakram weapon with crazy high damage. I had been using bow and guns, but this thing is crazy powerful. I am just wondering is this a freakishly rare find?
PS I made a video it’s just me slaughtering everything in sight. Can upload it if requested. 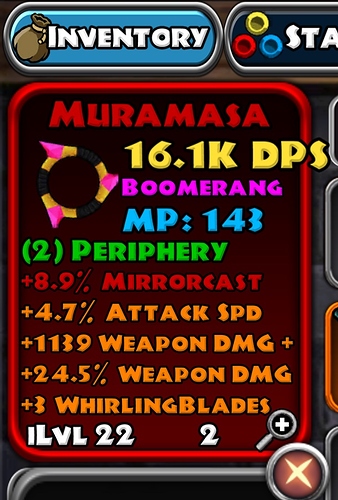 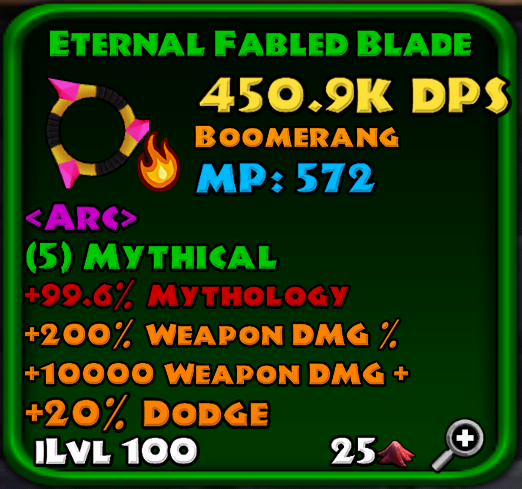 Interesting.
Odd that they use such high numbers.

So are there also bows and guns with this kind of damage? I haven’t seen any yet. Dunno what the benefit of bows and guns if they aren’t nearly as deadly. Could just be my experience thus far.

fabled gear is unique in that its the only eternal gear you can custom craft.

those values are merely epic affixes that are doubled courtesy of the eternal logic.

also… it comes in several forms. for each class.

all weapons have a different base damage. the reason your chakram has higher damage than flintlock or bow is that it starts with 300% primary damage. it does a lot of damage, but until it gets back into your hands, you are weaponless. flintlocks fire very fast with long range, and bow fires arrows that home in on the enemy. dagger is only short range, but very fast and helps you use your special attack sooner. all class weapons are like that.
class weapon skills improve which ever weapon you are using, and then there are affixes for more buffs and bonus’s.
DPS isn’t the actual damage your weapons does. that is just the potential damage it can do in one second. it is affected by skills, talents, affixes, and item level.
some buffs increase your damage, but because of the way the work, don’t show up in the DPS, like Bloodmagic, which gives a damage bonus based on how much HP you have, which changes a lot during a battle.

Yeah I know the value is just a base metric. It makes sense. Details screen have more actual dps and then that’s subject to circumstances.

I just wonder whether I should invest in skill trees for all weapons. I’ve gotten some beautiful pistols and bows and even a fantastic dagger once, but after trying them out they were not as effective as my chakrams. (Chakra?)

I guess I will just play around with everything and see how it goes.

Advice is welcome if for instance anyone advises against or strongly pro any particular one.

Glad to have found this game I love it. Reminds me a lot of Torchlight

it’s kind of funny. there are players who are all gung ho for damage, the ones who want a certain look, and those who have a certain play style. some players get all 3, but not all.
I, myself, tend to go for play style first, and damage/looks second. and then try to make it work.

I would like to make an overpowered build, but my ideas never quite fit in the gear for some reason.

when I first played Rogue, Chakram was my favorite weapon to use, even though using it meant I couldn’t play with my lazy playing style.
besides, overpowered is a good thing, especially when you are in PVP or the higher levels of PVE.