I’m new to the game, can someone tell me how the arena works? Everything in my pve build works in pvp? How many divisions and classes does the arena have? I saw that there is an arena for banned players and I saw honest players who were banned, how to know if I got banned?

you can use your PVE Character in PVP, but some affixes work better in PVP than in PVE and vice versa. do a Search

on PVP Builds to find the best info.

if you are new, you might have to ask a Developer in the Support Thread if you are in the Banned League. eventually, after playing for awhile, you get to know who is in the Battle Arena, and when you don’t see them anymore, then you got sent to the Banned League. if you weren’t cheating, then it was probably a new player who didn’t know the difference between a Legit and Hacked Item, or someone who didn’t like losing to your amazing build and said you were cheating to get rid of you.

I advanced a little in pvp but now I face guys much stronger than me (opponents with green, blue and even purple items)

Welcome to the game @KaimBR . I’ve been in the banned league twice. First time it was because I was wrongly flagged and banned then returned to legitimate league. The second time I asked the developers to send me into the banned division because I felt like a laugh and to test how well my character would do against cheaters ( it did very well) then on request the developers unbanned me

How to know if you are ban in the arena?

Usually the characters have impossible items on their builds.

@dickwad what is de banned league.

There are only bots in PvP. They all function(attack and move) based on the AI the player integrated to their heroes. And by integrated, think of how your hireling acts in PvE.

You cheat in PvP, you are removed from official league.
Anyone outside of official league is the banned league where cheaters battle it out to be the bestest, strongest and most dumbass cheater in DQ!

hahaha the battle for the first title the king of cheats. I’m never going to be in that league.

I do not know if it is the translation of google but I do not understand well. You tell me that if I am offline, my character fights only in pvp depending on how I play.

When you want your Hero to behave and act according to your specifications, you can use the AI setting as seen on the image.

The AI then will use this and pilots your Hero when someone wants to challenge you in Arena.

The same goes for you when you want to challenge someone in the Arena.

You fight other Heroes that is being piloted by the AI with the settings the player inputted.

Seems laughable in other games. 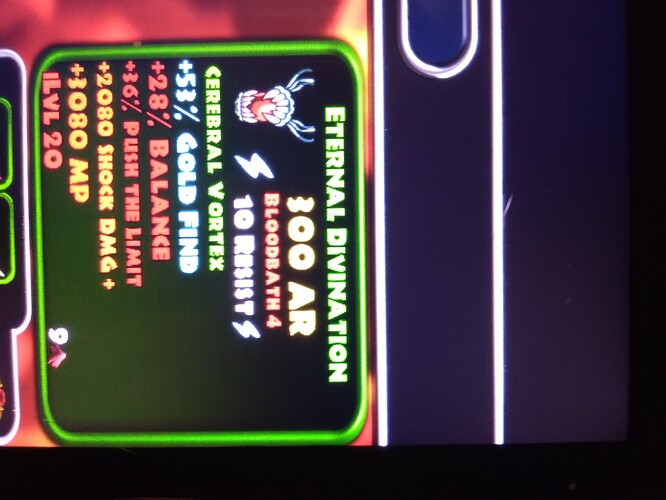 just compare it to the Eternal Divination in the LegendEx, then look at which Crystals can be used on Eternal Items, then you can know if it has been hacked or not.

for the HP & MP on hit, Crystal only doubles instead of triple, so same value as Epic on Eternal Item. from +250 to +500 instead of +750. I think there is a game balancing reason for this. Edit: also, Obsidian can be used to improve your Crystal Affix now, not just Diamond. and only a few Crystals can be used on Eternal Items.

although not mentioned in the post, Eternal Items can be found with a Crystal Affix, as long as the Affix is originally found on the Item as Epic or Legend.

True, I dropped an eternal item with a blue slot

there are a lot of new players who aren’t sure of what a Legit Eternal in Battle Arena is. this post explains what is possible so that Legit players aren’t sent to the Cheaters Battle Arena. just compare the Item to the Item in the LegendEx, then check to see if any changes are possible when compared to the post above.

usually, if what you see in the Arena is possible in the game, let it go, unless you can tell that they are cheating in another way, like they only played 10 battles and have all the Auras up to Demonic.

there is also a chance that Legend & Eternal Items bought with Dust from the LegenedEx will have a Crystal affix, if there is an affix on the Item that is on the Crystal Affix List.