Something about Arena crybabies. The Arena was not meant to be for PvP it was meant for playtesting PvE. Players vs critters. If EVERYBODY starts crying about the Arena being balanced for PvP. Eventually critters will be stronger than players. There will not be any map 2000, all because of some crybabies.

So listen up, DQ. Stick with the game plan. Ignore the crybabies. Before you change the game for PvP you BETTER check with PvE. Just saying…

I like PVP for PVP…but maybe that’s just me. 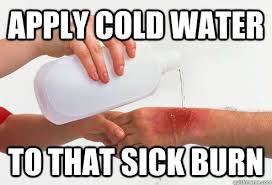