RNG = random number generator. in programming, it’s the algorithm used to generate a random number used for calculating success failure with mechanisms that rely on chance. an example would be for crit chance here in DQ. Say you have 70% crit chance. when you attack, the RNG would generate a number from 1-100. if it’s less than or equal to 70, then your attack will crit.

thanks for clarfying. been seeing this on my other game (bf) and didn’t have an idea what the hell it means.

If you want nadroji ring and necklace hunt it in shrines, make a hunter ring, dual benefits for farming enslaver because it spawn mostly near shrines.

I guess the nadroji’s drop rate really count on your luck for real, at the first game while using my first char created on this game, lets say i can get all nadroji set below floor 200, but then when using the other char it is really hard to drop can’t get vacuus scipio, while using my first char i can get three vacuus scipio, so i guess the RNG seems locked by the accident

dude why is it that my vacuus scipio with max lvl and quality only have 75.1k dps…pla help… 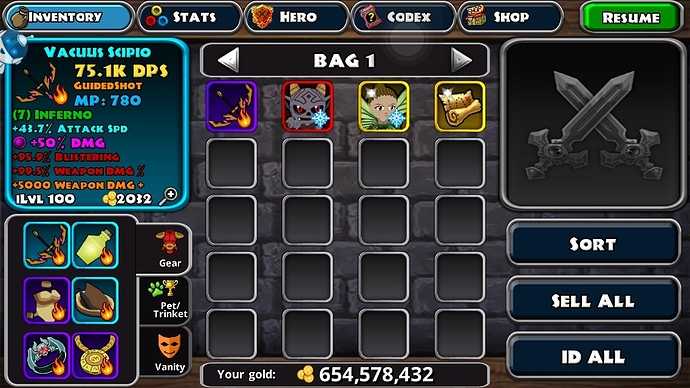