Just a heads up to the not tech savy folks out there enjoying DQ. Although most avid gamers know this, for those that dont, there are two gamepad controllers which work flawlessly with android / bluetooth. There is others that work, but these are the go to stand out names i have come across.

Nvidia shield, and, more commonly found in every other house, xbox one, will pair with ease, and work perfectly on android, without the need to root, or use 3rd party apps such as sixaxis, etc.

Once you gamepad, you wont go back . Movement and playability becomes grande. Anyways, happy gaming.

Awesome. Yeah I heard that DQ works better on controllers

. I never used controllers though but I do nicely.

I’ll probably not go back to touchpad if I had controller or PC keyboard. Although touch controls on DQ are much better than some mobile games I’ve seen.

However the tap to move gameplay isn’t as fun as touchpad joystick but everyone is different of course.

DQ must be amazing with gamepads. I’m wondering if it is possible using 4 attacks at same time with a gamepad, that would be deadly lmao

Probably is. They would also probably have a great advantage in arena also if any. I can just imagine the possibilities.

If DQ were live multiplayer instead of A.I multiplayer, my guess is that controller players or PC player could win. Although mobile player may have chance.

It really is, the most noteable thing, is movement. The touch to move just cant compete. I really cant stress that enough. But i mention this, cause lots and lots of people have Xbox in home, and dont seem to know its as easy as one, two, click… dq paradise. i use nvidia though.

The reason i mention these two, and not others, is the hardware. Not all bletooth devices function well, and at low latency, but ms and nvidia produce quality bluetooth controllers.

There are gamepads for smartphones so you can play DQ with it. i think there some with micro usb connection. 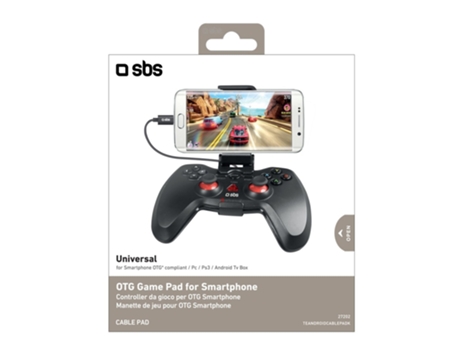 This is one available in Portugal and are more like this

Indeed, but i mention this, because some places, such as in canada, do not have maddcatz, fire, or other bt controller hardware unless you order from state side amazon etc, or live in a major metro.

But… xbox and nvidia do not advertise as ““smart phone controllers””, so many are unaware they work with all androids, and cost roughly half as much, and perform perfectly (if not better in some cases).

But the connection is Bluetooth or cable??

PS : i really like the micro gamepad phone bracket on those custom controllers, but sadly, i play on a 60inch tv with my shield, OR on my 10inch tablet… neither of which will fit in the bracket. Lol. My s6 would fit, but one controller to rule them all philosophy.

i prefer cable gamepads because Bluetooth is dangerous.

The entire world of computers is, or rather, can be dangerous…

Some people that used that thing that you put in ear and got a virus by bluetooth and never knew that the smartphone was infected. So that why i prefer cable and also because using bluetooth you drain your battery faster.

True fact : indeed your battery will drain faster, but im rockin a pretty bad ass battery. And yes, theres always risks in the computer world. that will never change.

I don’t own console because PC master race. Nah just kidding. I would definitely put a controller on my DQ though and thanks for showing me and telling me.

Bluetooth is battery eater but not a huge one compared to Mobile data.

A few other tips:

You can play in airplane mode on most devices and STILL have bluetooth active to use a controller with the game. All you need to do is activate airplane mode then while that is active turn on BT (usually just pull down from the top screen and tap your bluetooth icon). This will leave wifi/cell data turned off but allow the short range BT radio to work.

DQ will work on android with any HiD compatible bluetooth controller. It needs to say HiD (human interface device) to ensure it works.

I have a lot of controllers here for testing various things in the game and even the inexpensive ones (like ipega from amazon) work well.

Thanks for posting your thoughts on controllers, while we aimed to make DQ as playable as possible with touch screen controls being able to create “good feeling” controller support is very important for us as well.

Honestly. DQ has one of the best interfaces and smoothest interaction of most mobile games… be it touch or gamepad. You guys got a real gem here.

Yep . I use airplane mode but still happen to be able to use Wi-fi and Bluetooth. Just no cellular data. Although I don’t always need WiFi . That’s very nice though as I have more control in saving battery but still using the internet. It’s not any Ultra power saving mode but it gets closer to it .