I have been using a set that I could use in both PvE and PvP.I have been one of the players that is destructive.That is,until the 3rd season of PvP came.

Over 100 matches,all lost because of :
1- Instant death upon starting the match
2- Enemy never dies,even though they don’t have anything that reduces damage or increases health
3- Enemy kills you in one hit

I’m thinking that my set might be the case.So,here’s my set that I use : 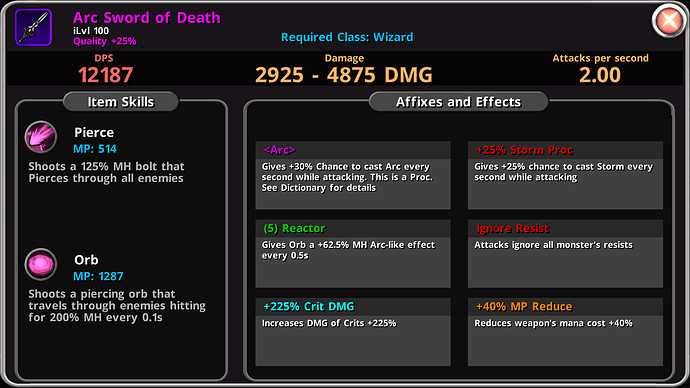 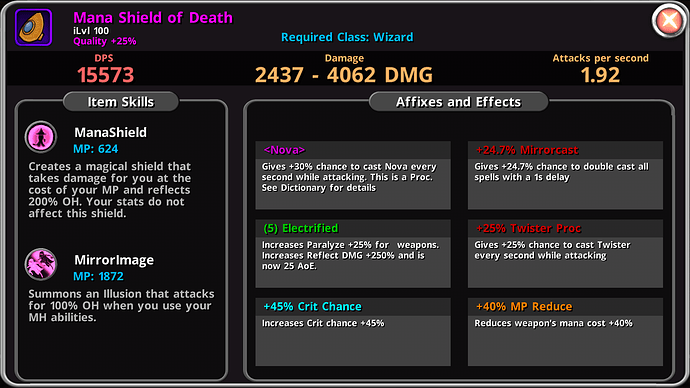 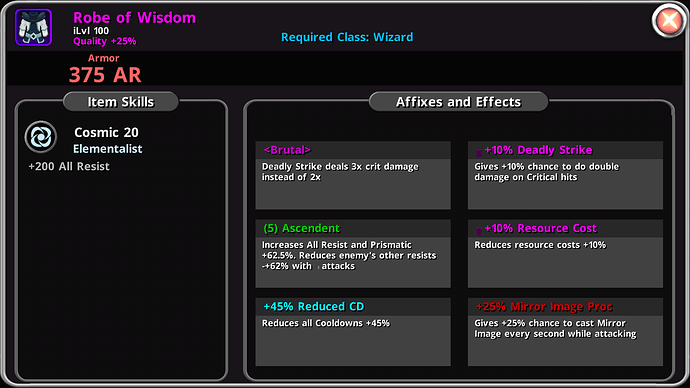 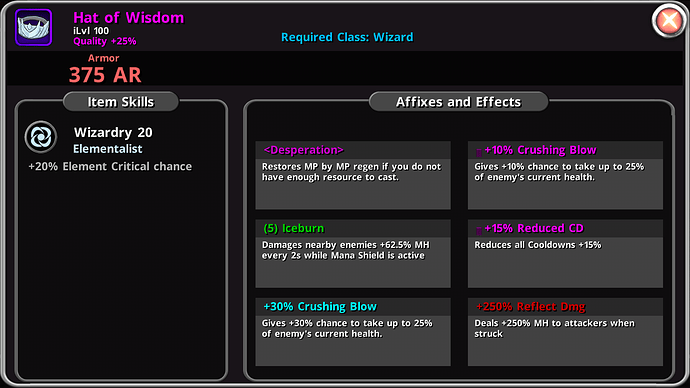 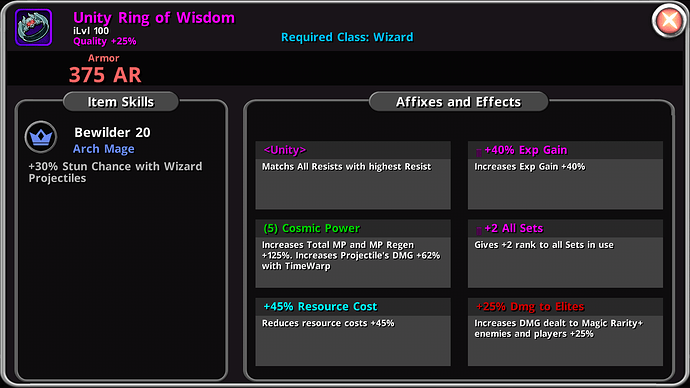 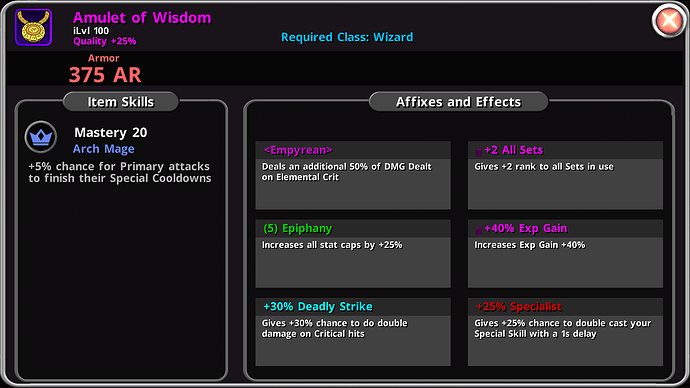 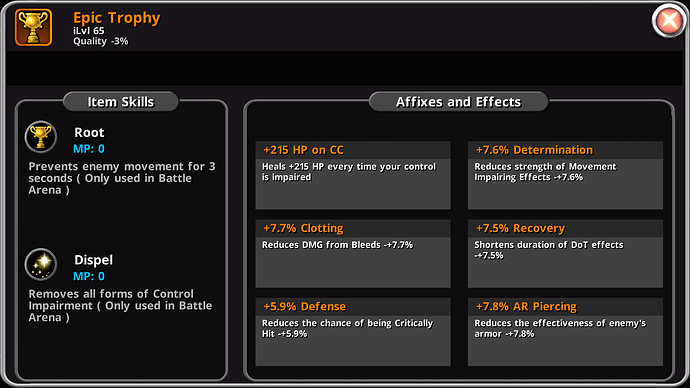 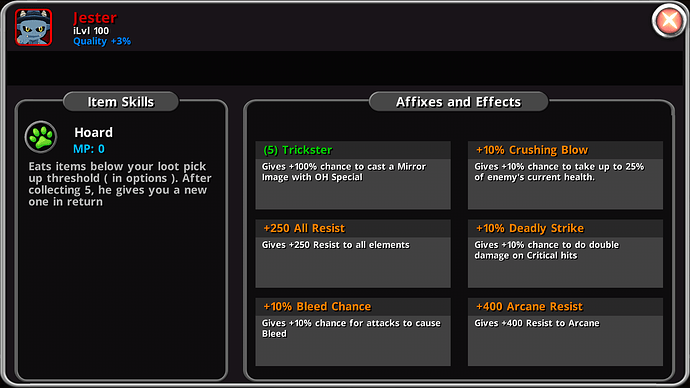 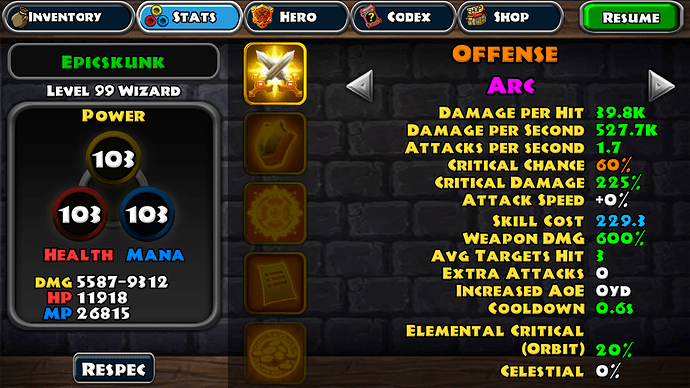 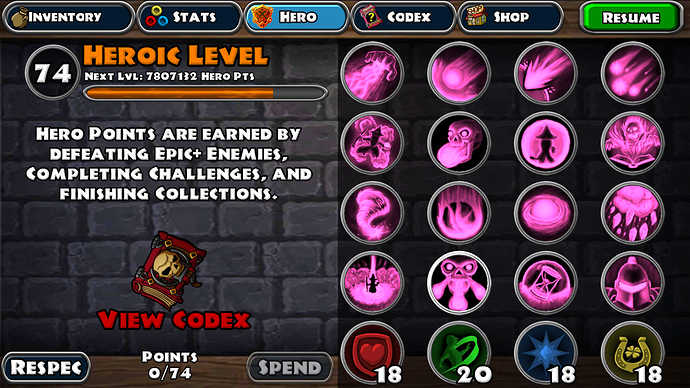 So,I’m a fan of Orb ability and Reactor.So,any build ideas?The build should fit tothese rules of mine :

1- Weapon with Orb : Orb is very destructive by me.
2- Reactor : The use of Reactor set can bring fatal hits.
3- No affixes or points towards Orb : Orb gains damage,faster tick and wide with each point added to Orb skill,but it also decreases it’s speed,making it go less further. 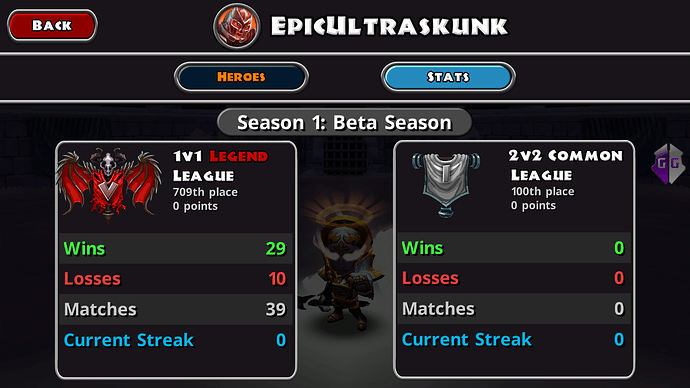 You need more life really really really really bad. Your sets are great for pve but PvP you gotta switch some out. Your bigrst problem is probably cerebral vortex. Chance on being hit they cast torrent on you and you just die. Sets like plagued, vamp, faun, pathfinder, are really needed. My PvP sets I’m anywhere from 1-2.5 mil HP in PvP stats around 35k-60k HP and power from about 600-1k. Your HP is low enough you might die from the base reflect dmg o get just from being lightning. I think I have an older set up saved I’ll link the build in here soon. Its changed ALOT but it will help give you an idea

I must have deleted it but if you search for “team gumy full view” I have a post with my builds in it. Like I said they are older but I was eternal div 2-7 1v1 and 2v2 with them so that should give you an idea for a direction to head in pvp

Also,the set I have shown here were used to be destructive at Season 1 and Season 2,one shotting ANYONE.Season 3 came,and suddenly,the game is like “Nope,not gonna let you win at all!If the opponent cannot kill you,I will kill you myself.”

So,my Orb of Skunk (that’s what I call it as

) set is incredible in both modes,but for some reason it doesn’t work in the current Season 3.

Ya I’m kinda new to the game like the last 6 months. I’m sure so!e of the newer procs and like enigma mythic on off hand are just teleporting through and anyproc is killing you with out even seeing anything. Also ive noticed storm proc people are doing like 10k-20k dmg per hit and it doesn’t show any storm for me

All of your sets are dmg based sets non really to help you survive. Especially iceburn and electrified get rid of that garbage. Although Roy seems like a very good player If he can make those 2 sets work in ANYTHING apparently I’ve got lots to learn still. I didn’t look at your stats closely but I can almost garentee your not getting anything from epiphany either. Not exactly sure how stat caps work with the changes from PvP to pve either. Like 1 crystal can almost cap you on something’s that 2 crystal turns into 11% in arena it would take you 5 crystal affix Dodge just to almost hit the 60% Dodge cap in PvP ( just throwing a random example out)

@Gummy I’m just going to quote myself as an answer.

Also,the set I have shown here were used to be destructive at Season 1 and Season 2,one shotting ANYONE.Season 3 came,and suddenly,the game is like “Nope,not gonna let you win at all!If the opponent cannot kill you,I will kill you myself.”

Even with anything you say,this set used to be extremely powerful before something weird like that happened.

@Gummy Besides,if these problems were gone,I bet I would destroy anyone in my way once again.But,I still have the problem,sooo…I gotta go for the set given to me.

Hmm I think there may be slight miss communication but with that set up I can’t see you having more then 1k life and man’s in battle arena. Therefore you get 1 shot by just about anything in the game ( crushing blow and reflect are the only things I could think of that do low enough dmg)

@Gummy I’m serious,my set 1 shots Legendary enemies in Floor 1000+ and used to 1 shot everyone in arena.

I don’t even get to move or tap anything,because I die really fast in arena with my own set,without taking damage from any source.When I died,I checked the combat log,and what I saw is that the enemy used their bad skill Root,and that’s it.No source of damage,but still dead.

So,for the last time.My set is good,it’s just Season 3 that is problematic.Stop trying to find problems in my set.

hey what happend to ur phone ? u r cheater? 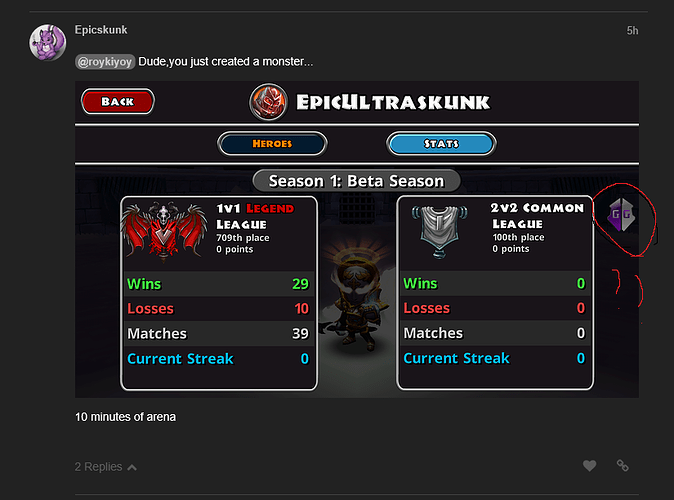 @W0lf yeah I was wondering that also @Epicskunk can you explain

Der are tons of viable wiz build in pvp… the effectiveness just vary depends on ur gameplay and how built it. Ived play some pvp yesterday after a long break from arena… climbing to top is stil posible and easy if u got a proper build and lots of time to do pvp

@W0lf No,I am not a cheater.First of all,what is that?The icon looks cool,but I have no idea what that could be.

@Astarte Not sure what it is.I’m going to check my phone if I have a virus or a program that opens itself or something.

Apparently it’s an application called “Game Guardian”.I googled to see what this app does,and apparently it allows you to cheat in games.Seems like it needs something called “root”.

I checked what is that.It’s just a way to get rid of your warranty.

I have no idea how I got that app,considering that I download my apps through Google Play Store only.Probably I got it as a virus while surfing the internet.I dunno,really.