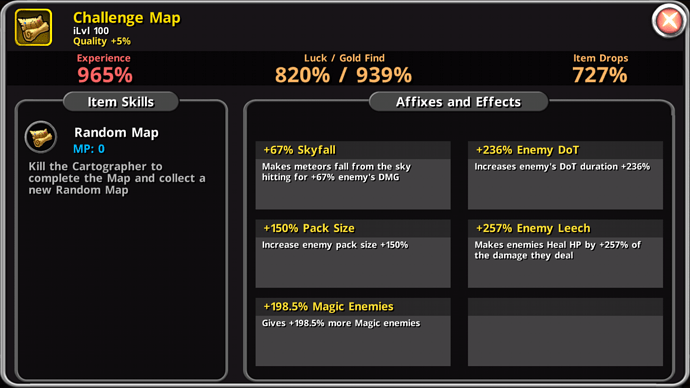 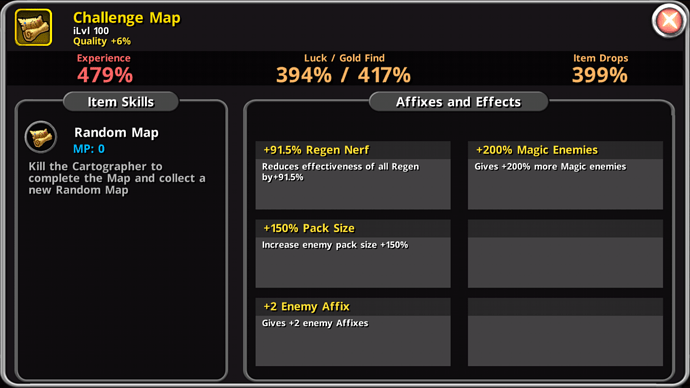 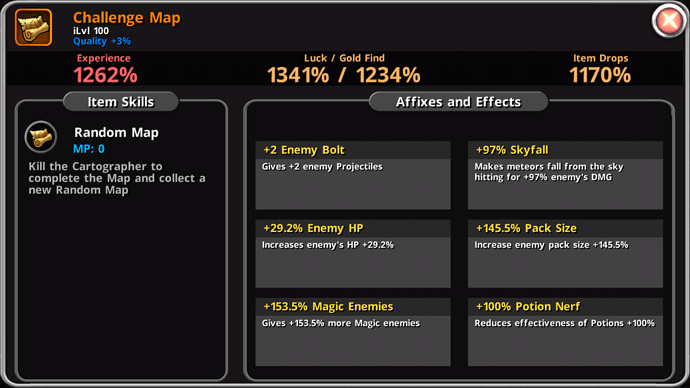 Also got extremely lucky and found 4 eternal maps in a week and this is my crystal supply after a few hours and days of normal farm. 1 to 2 hour sessions lol. The other hour is spent for PvP to no 1. 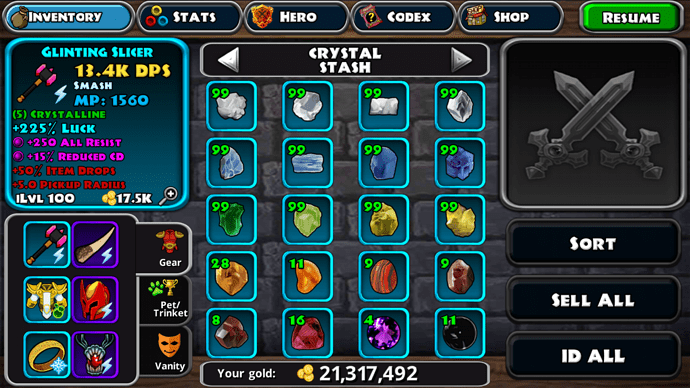 From 2 ruby all the way to 16 in a day and from 6 to 11 obsidian. That was in a hour of today or two. So many legends and eternal converted helps a lot. Fortune bringer ftw. Also I always spend crystals and almost always bankrupt as I test many things.

It’s not a placebo, it actually gives 50% item drops but if you have maxed out item drops, it doesn’t do anything and is a placebo at that point.

Aiming for 2 which is packsize and magic enemies is much much easier too even if it spends 10 or more larimars.

Nice C will you keep them as trophies or play them?

I also aim for Magic Enemies and Pack Size when I feel like rolling my maps. I can see the difference when I play with magic enemies affix but not so much with rare enemies +% and I’m impartial to the Epic Enemies affix. If I roll it with the others then great otherwise I don’t worry much about it. If I don’t want to bother rerolling a ton then just go for Pack Size 130%+

Same here. Although to be honest, I have like 7k kyanite and 1.7k larimars and whenever I do floors 200 and so spending many larimars and diamonds doing magic enemies plus packsize 140%+, I always get so much kyanite and some larimars to make up for lost diamonds and larimars in floor 200. I’m glad I’m not running out anytime soon due to collecting so many crystals of kyanite, sapphire, fluorite, emeralds, etc.

I played them anyways but I did take picture of them which will last forever in Google photos and forums. I stopped have 3 eternal map waiting though and 1 is almost perfect every affixes. 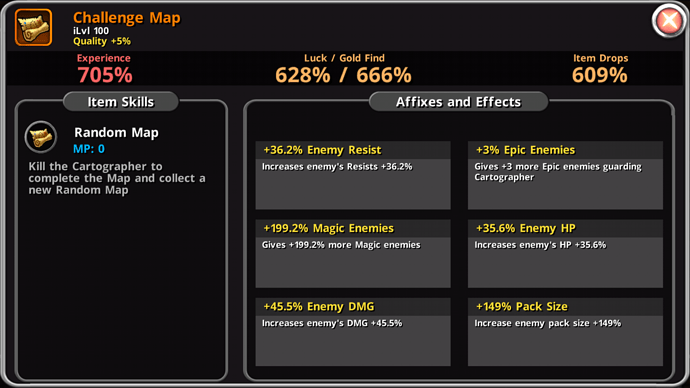 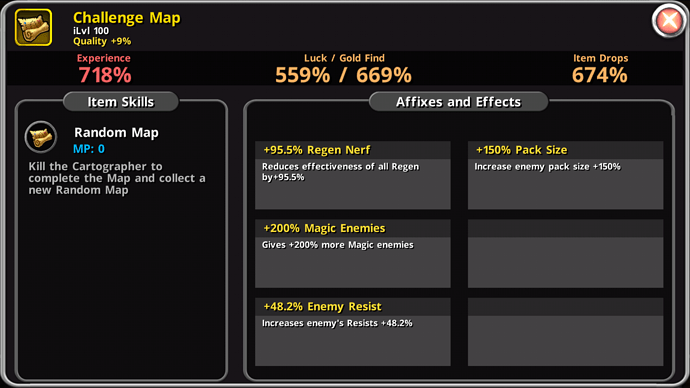 9% quality maps are very rare to come by but perfect 150% packsize to 200% magic enemies in general. If it was all 4, would be hard to get all perfect like rare enemies, epic enemies along with magic enemies and packsize but Nadroji bonus is best for more of those 3.

I got fabled staff, unreal hood and lots of ultra rare mythstones here… 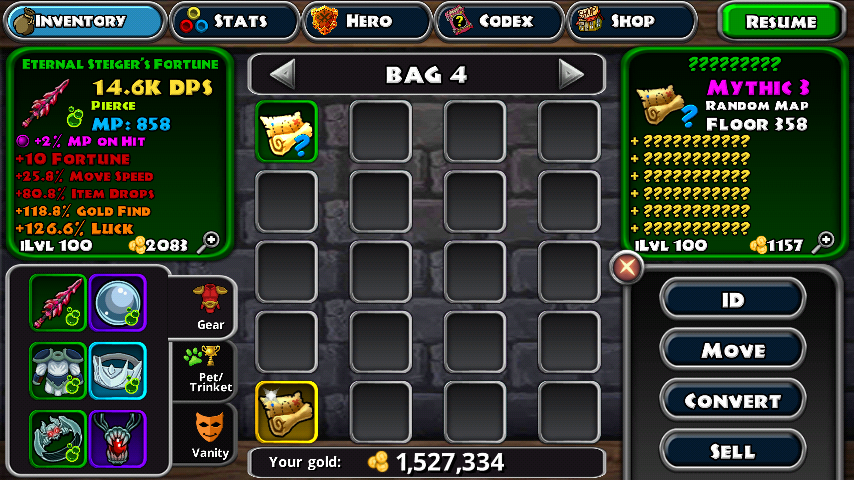 Uploading… This was mine

You’re hadn’t uploaded yet. Can you upload again. Wait until 100% uploaded.