(PVE) Most funny WIZARD 3.0 One-Punch build (with a question)

lol, I did the math based on 10% instead of 20%, shows that I’m really paying attention. that +5% added to the cap would really be worth it… now that I think about it, I wondered about some Builds with +25% All Proc awhile ago when I was thinking of some nice Proc Builds.

With some easy “switcheroo” I managed to max out Earthshatter and Stealth procs without much effort (a bit of luck with the Ruby), here are the updated items: 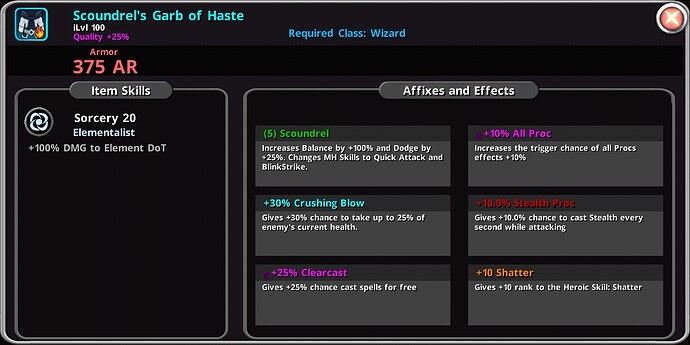 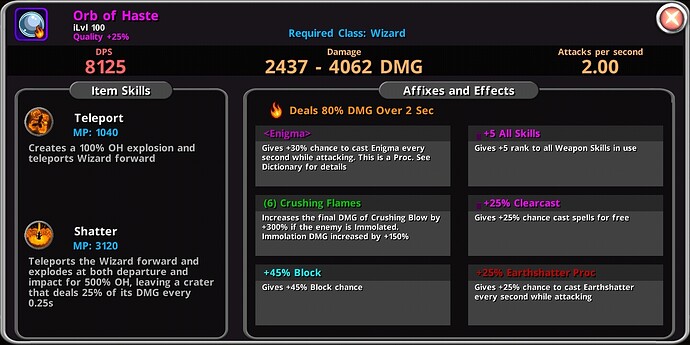 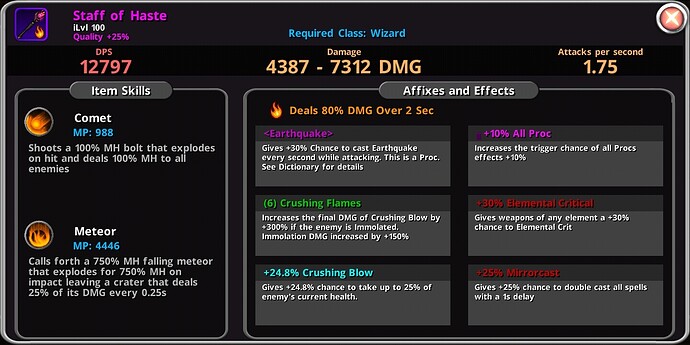 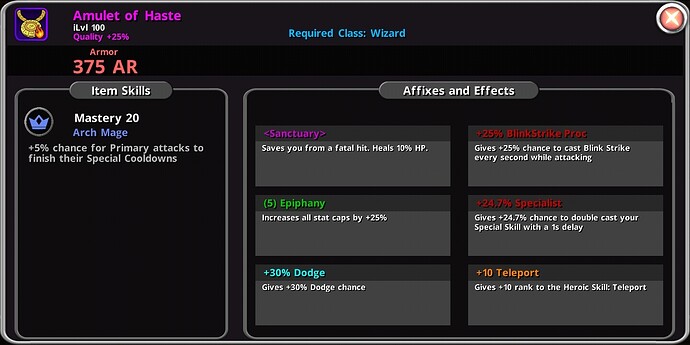 Oh, by the way, an answer to my own original question: numbers seem to confirm that the effectiveness of CB is exactly

An example: while a magic enemy gets one-shotted with CF(6), a rare enemy will only lose half of its HP each time and - until you are capable to deal the remaining half with another effect - CB won’t be able to kill it at all.

you can’t one shot Magic+ Tier enemies even with Crushing Flames (8).

and there was a recent Patch that causes Crushing Flames (6) to lower Normal (Grey) enemies HP to 1 instead of instant kill, because of how it was being used with Frozen Set to get big damage kills in monster packs. since it leaves only 1 HP, it will still look like an instant kill, but just can’t be used with Frozen. from what I understand, you just need to use Crushing Flames (5) and Frozen Set as a combo now.

great idea for your Amulet. I have made that mistake lots of times, and end up spending even more Crystals than I originally intended.

you can’t one shot Magic+ Tier enemies even with Crushing Flames (8).

I’m pretty sure my build DOES one-shot magic ones with CF(6), of course in the sense that I have to give a small final blow because they are left to few HP, same as normal enemies. This means that CB deals approximately 100% (25%x4) of their health, same as in my formula.

in that sense, sort of.

looking at the video above, this build is doing a lot of damage to the HP left for Magic+ monsters after CF, so it is a good fast killing build. and the high CB % helps lower the HP fast also.

I repeat that in reality magic monsters get the same damage as normal ones from CB, i.e. a little less than full HP with CF(6). There is no other possible way that this build deals billions of damage without CB (it hardly reaches 1M).

Some feedback for the build after getting to floor 1900:

Storm is pretty handy. the only thing I didn’t like about it is the Knockback it has. I just used Ice Element and a few Frostbiting. Storm 40 is 1800% Skill Damage with an Attack Frequency of 8x a second. with it’s Elemental Crit Boost, enemies stayed Freezed and didn’t get Knockback until dead, except some Epic monsters and Legend+ were kind of hard. used Taunt to get enemies inside the range of the Storm.

this was on a Farm Build, so I usually stayed around floor 500. I thought of using Torrent and/or Orb Procs for even more DPS for a Floor Climbing Build.

True, knockback is very annoying sometimes, but usually with this build enemies are either killed at the first hit or pushed towards the unpathable terrain and get stuck or caught between two storms cast during two consecutive jumps.

Floor 2000 reached and now I’m getting bored. Time for some new stuff:

A little bump in this thread with a video as I got back on my hero for some more jumping prowess. Heading towards level 3k with ease. 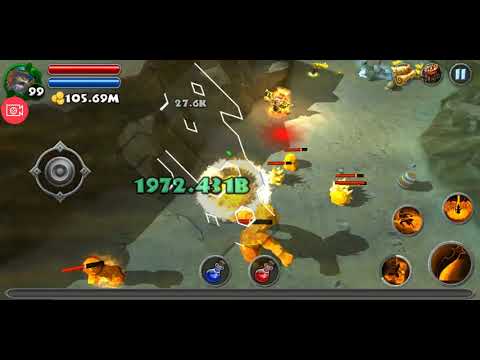 I like more the skill “charge” than teleport .The benefit of it is easy to control.

Charge is more like running, as teleport is more like jumping. You will always hit the wall and pillar by jumping, and is hard to make a turn.

Another short video of a fast clear with high pack size & magic enemies map. Yeah, I do struggle with terrain, unfortunately all teleporting spells have this problem. 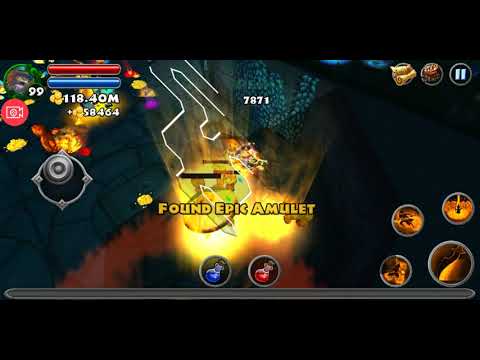 nice. it took me some time to learn how to use Teleport well.

Not only you should learn to use teleport well, you also have to count the Enigma and Blinkstrike procs that randomize a lot your landing, as well as Elements and Mirrorcast/Specialist doubling your spellcasting abilities. You are able to cover a whole map with two spellcasts, but you have a lot of troubles if terrain is in the way.

I mostly used Teleport with Twister, so I still have a lot to learn.

If anyone is interested, I managed to get to floor 2500 and improve a little bit my pet.