How’s this build now after 2.5 came out in terms of damage? Is it still as good as before, even with the new coat ability.

Damage output would still be the same except that I havent seen damage up to sextillion since i’ve played it after 2.5 update. I’m now at floor 4,100 M3 and I can still kill the mobs and carto easily. Ive made some changes since stealthand coat weapon are no longer as good as they were.

I’ll have to update the content once I have time. But here’s the changes i’ve made so far:

Have you considered using Sureshot mythic on the chest armor? It gives 100% crit chance vs enemy at full health, so it seems like it would be good for using Arcanist to apply a debuff on crit. I haven’t tried it yet. Is there a reason nobody’s using it in Arcanist builds?

Maybe I will put a Sureshot chest on my farming main & keep Brutal on my DPS hireling. I’ve never used Exposed, but might try it. I’m one of the many players who doesn’t get crazy huge dmg from Arcanist build but I’m wanting to try it out.

Exposed would be a better choice especially with the change in Whirling Blade.
Sureshot for PVE is generally a bad choice over other mythics available because you only benefit from it ONCE when your enemy is at full hp whereas other mythics as such exposed,skilled and ruptured will provide you boost until the enemy is dead

I will try the Exposed instead!

are you using this build or another one with arcanist set?

. I asked about how it does because of nerfs to toxic, stealth, the coat weapon changes and more but I’m glad it’s still going very strong

. I did at one point deal quintillion damage or close to it with my current progress build as I tested it.

Edit: I was using my Chakram Discordance Orb Reactor build and reached close to quintillion damage even though it was floor 1300. I get that it won’t matter at super high floor though. @f00ke . Thanks for the reply anyways.

No, my Arcanist build had crystal affixes like crit chance & dmg, not regen like yours, & no Equality or Druidic. But now I will try this you posted. My farming main is similar to yours, except I didn’t know the main should wear Ascendant set affix also. Mine wears Nadroji chest, but tbh idk if it helps my farming.

The DPS build I keep coming back to bc it’s easy billion+ DPS & survival on floors 1000+ is a meteor wizard, I’d call “Haunted Masochist Warlock” or something lol. You could probably make it better but I built my version around a few lucky crystal eternals & it uses Masochist gauntlet, spellsword, aeth drain, haunting bonus, momentum, adventurer & pathfinder. Crystal affixes are crit chance & dmg, dodge, reduced CD, deadly strike & crush blow. It’s fast billions dmg meteors bc clearcast, specialist & mirrorcast allow for high Push the Limit & Barbarian. Some ppl say Haunting bonus requires too many affix slots, but I think it’s worthwhile if clearcasting big spells like meteors. To make this build its important to farm eternals of Masochist ax & Aeth Drain shield with nearly maxed dmg stats (like WD, ED, Glasscannon) EXCEPT NOT max Barbarian & Push the Limit bc if those are too high simultaneously u can’t cast meteor. The reason I suggest to get the ax is bc I noticed a jaspered Masochist gauntlet does more dmg in Spellsword build than a wizard Masochist sword. Also, this build survives well so it’s good for ppl who play on a small screen or don’t like to run around to avoid hits (girls like me haha). It has only small HP due to GC & Masochist, but u can play around w/ talents & defenses to make it tanky with a tough manashield.

If I have time later I’ll try to post my Arcanist build so u guys can tell me how to make it live longer!

I still see quintillion damage but at floor 4,100 it doesnt matter anymore because crushing blow damage hits quintillion dmg as well, i can imagine at floor 5K it will reach sextillion dmg as well. At the point coat weapon and toxic will be irrelevant and multiple dmg source and hit frequency will play a big role. Stuff like torrents and mirror image helps a lot. As for stealth, there’s plenty of ways to work around it. And i dont mind reviving my hireling once or twice and pay 10k gold each time when buying Map Reveal costs 100K gold lol

Sounds a decent build at floor 1k but completely different core affixes and gameplay. Arcanist builds can be a big bust if you dont out the affixes together especially if you cant find a way to use that raw damage buff it provides and encorporate it with other multipliers from Set affixes

what nature do you use?

He probably uses strength nature for more crits as I don’t see crit dmg maxed if he only got from crystal affix and no rage or eternal pet.

To catch the tram walking here, what would be the current construction of the 9sexiliion video ? Thank you in advance.

Cant see pic dude… But its probably because of glasscannon

you can use elements or strength nature 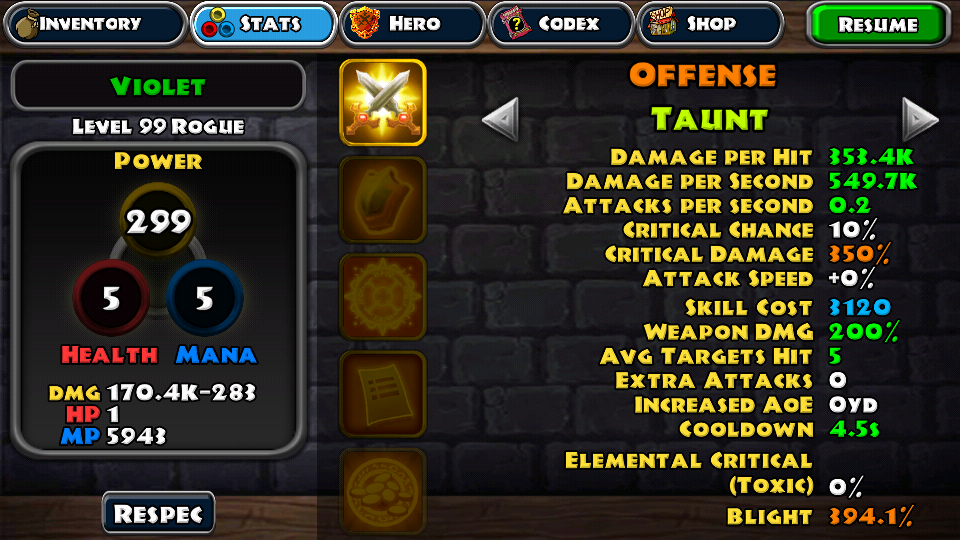 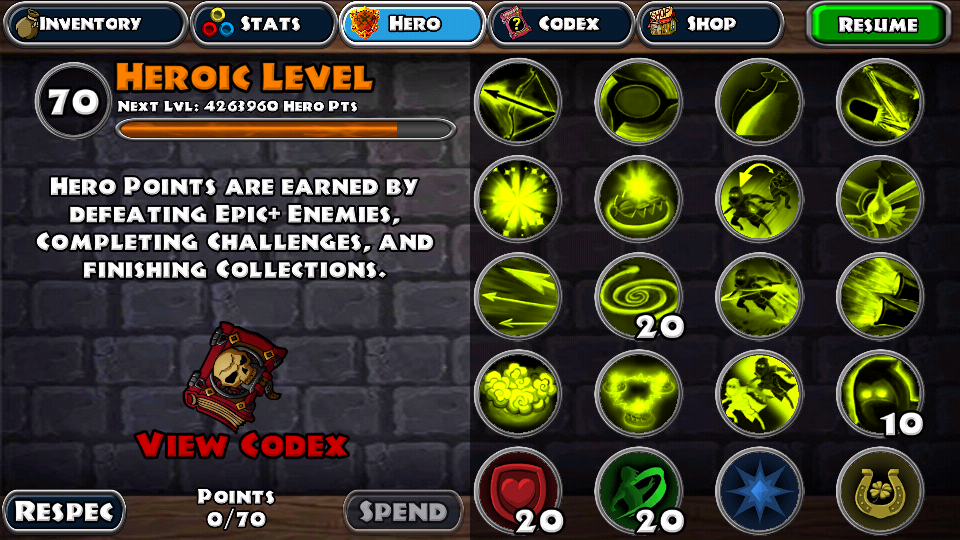 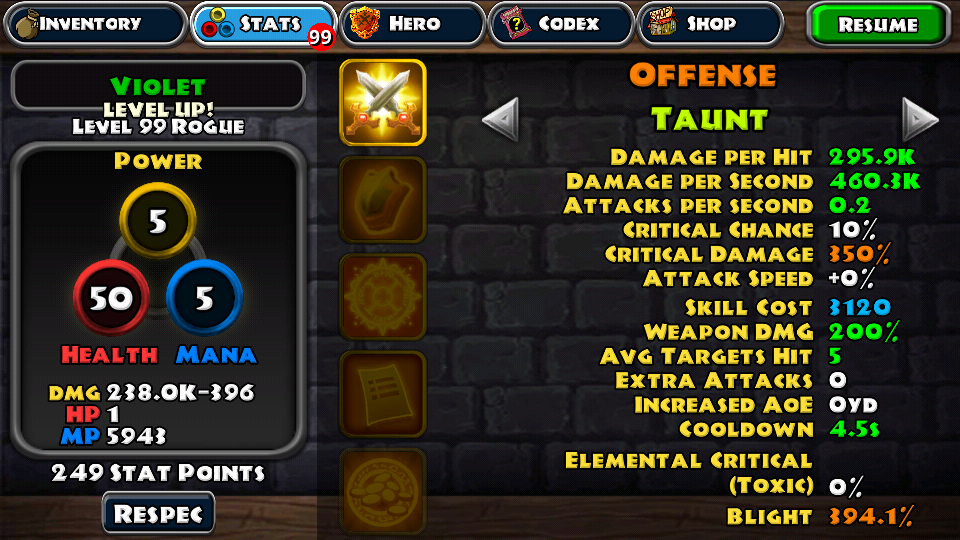 having 1 HP is fine. what you need is 100% barbarian to balance your HP and MP for Equality set affix.

but I died many times