When i found a match are they the opponent in the same league who are online that time thats why we match in the fight?

No. The opponent is offline. Your fighting his artificial settings

You mean both characters or one AI and the other is controlled by human? I notice something that i think they are online because some of them having deferent moves like someone thinking at the moment and sudden change moves or tactics because there movea are not uniformed unlike AI setting I think AI happens during fight test offline those who are uploaded in DQ cloud are pre program in our device and update during they upload latest update to there characters

One is human. Either you playing your opponent who is offline. Or the other way around

I actually think sometimes we’re fighting real time with each other.

AI are set pattern, occasionally that patterns seems to “break”.

You (human) are playing the A.I. of whatever set up the player (opponent) left when they last exited the arena.

It’s not real-time. I have played over 20K arena matches. See info/images below to help gain a better perspective. Some players also use enigma mythic on their Offhand to make the movements look erratic. 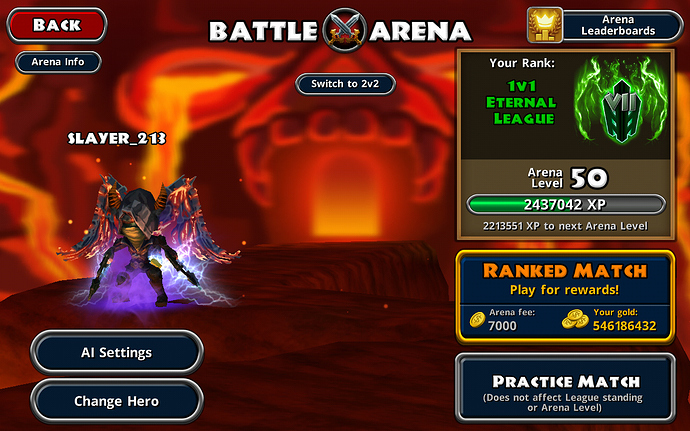 Select frequency of use, when to begin using skill etc. Most frequencies are Normal. These are the skills you want to use when an opponent is within X yards. 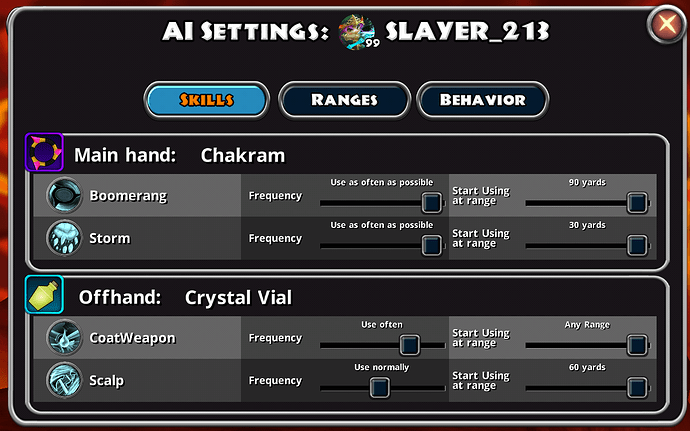 Avoid Enemy range and how close to follow teammate in PvE or Arena 2v2. 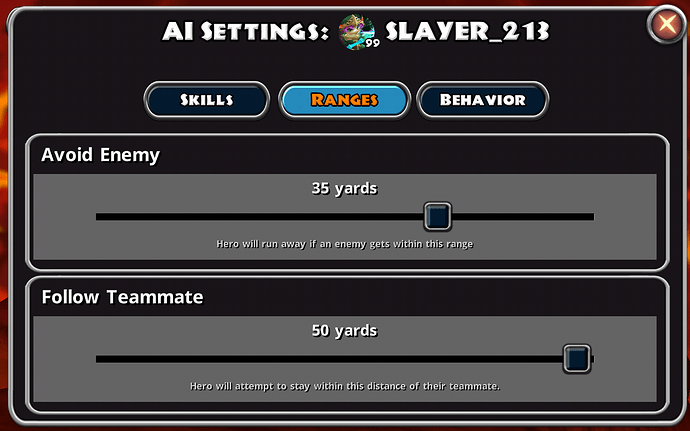 When to enter survival mode. 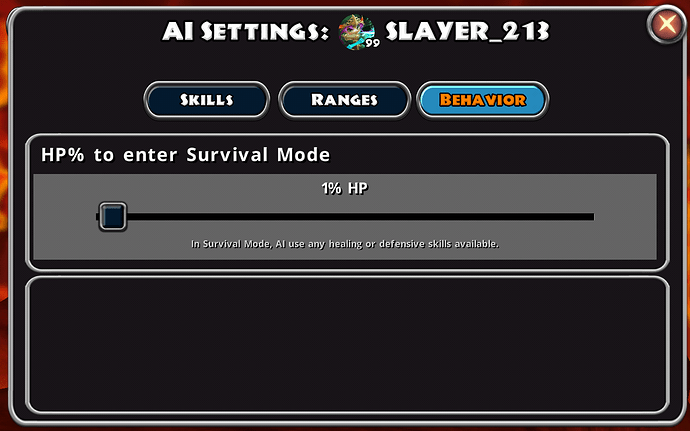 How did you do it chakram with storm and viel with scalp? Thx

Apply amber on MH and OH weapon to change their special skills.