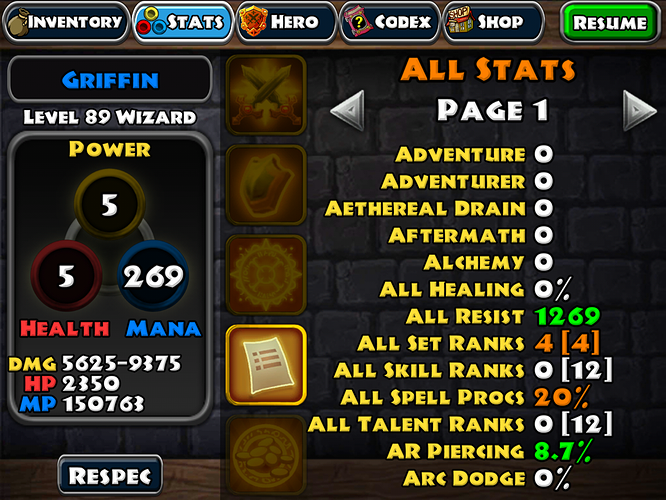 Oh right!!! Hahaha I forgot to check the stats page before asking this silly question hahah thanks for answering

It’s no problem : D sometimes the stats page doesn’t end up telling you until too late too so it wasn’t silly in the least have a great time farming

If i recall correctly, procs cap at 1 proc per second, even if you have 100% proc chance and hitting 1000 times per second.

already ask steiger about that before. he said increase all proc chance (master ms) only effect “proc” like stealth “proc” taunt “proc” orb “proc” eth. he didnt say anything about it effect mythic, so i guess its not effect it.