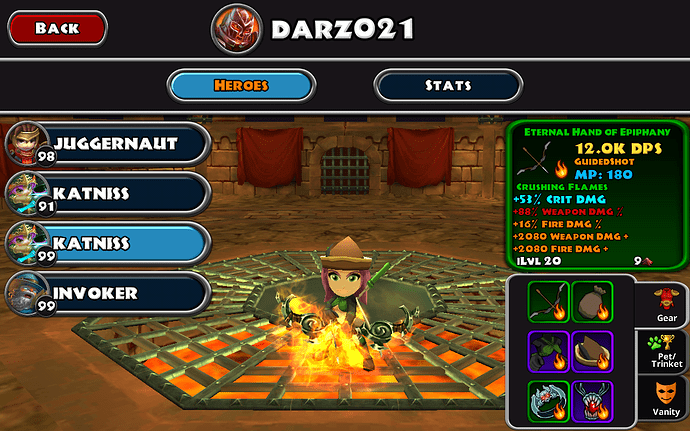 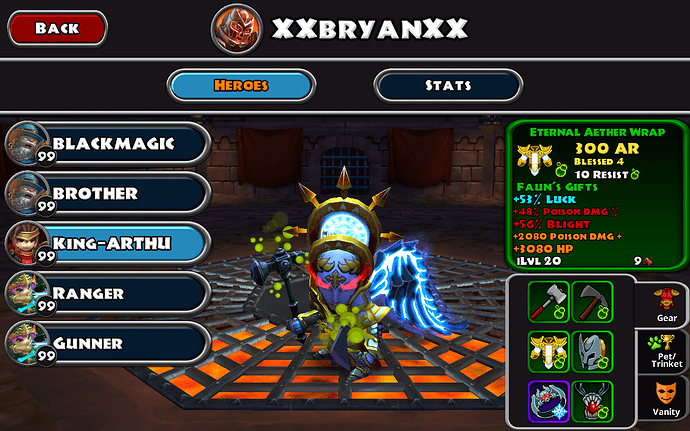 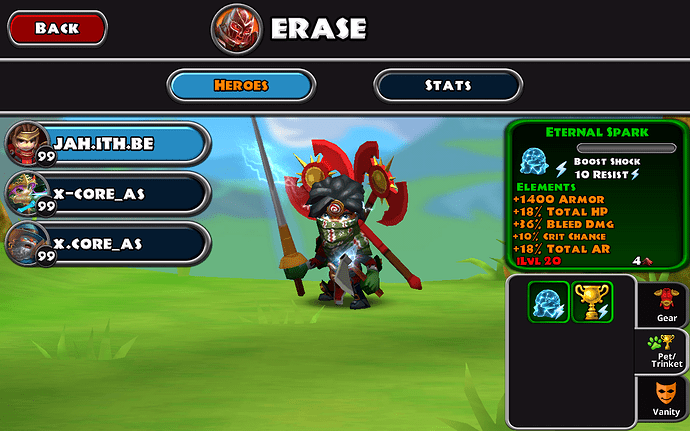 What do you meaning popping up Sir @Midlumer? If your reffering about my eternal pet i found it by farming. I use that eternal pet (element) because it suit my build i use scalp as my main attack.

Well that pet ain’t found, you know that, I know that. As well as there has been an Erase already IG that got banned some months ago.

Hmm. What a coincidence. If you want us to believe you found that pet show us how many hours you’ve played, monster spawns you’ve bought and legends you’ve found. With three chars that all have 0 ascensions.

@Midlumer not all who pop up are not legitimate this erase that you are reporting is one of my. Colleagues in Allstar he always asked us what todo what build nor what to farm almost 8 hours a day if you want i can translate all chat from allstar with him asking too much how to rebuild and defeate and gets on top… Erase is pureply legitimate … i came here to verify not to raise anything thanks and chill pill

sorry mate, I’ve been pet hunting a lot and I see an edited one right away. Fits too perfectly, sorry.

As I said, an IGN Erase was already banned once. It is actually an in-your-face action to create a forum account and IGN with that name again after being banned @Erase so don’t wonder being reported with a pet like that. Cheat smarter.

As I said show me legends found, number of monster spawns bought and that there are three other chars on that account with eternal ascension and I might consider believing it.

Well if thats how you really judge how to cheat its up to you… but knowing that person supports the dq community even paying for vanities and farming for long time. And stpped pvp for a month doesnt mean he just popped up and cheat… anyways ciao… @Erase dude post uour legend founds and exp include the reciept that you have maybe they at some point they would realise reporting a wrong person ayt

It is on the basis of mathematical possibility. Nothing personal, not a belief, it is a 99.9999% safe fact. As I said, if there exists proof that he farmed 100 times longer than I did I will change my mind.

Yup. Second that on agreement! Maths is the best for that reason and science. No need to believe in anything as the thing that’s here is directly proven , though you can discuss theories and ideas.

Interesting topic, I didnt know Elements which is by far the most common eternal pet if you were to get one is now considered a cheater’s go to pet. Especially with those crappy affixes. Terrible choice if he was cheating? But ill leave this one to the devs.

If you knew the char you’d know why he chose those affixes on Spark. And I’m not saying it was a smart decission

Yeah. It doesn’t work like All Resist affix. The chance of the spell being cast for free but as different element isn’t that high with elements either. Should have chose orb with elements and discordance rogue. I’m not saying it’s worth it but elements on a Battlemage character I don’t see it too good. 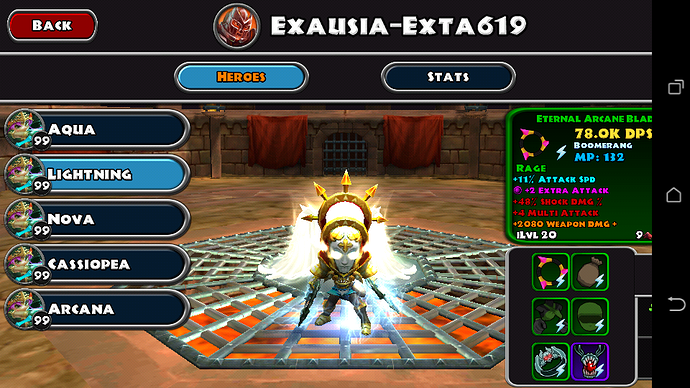 Lol. This is kinda funny. Reported just because of a crappy Eternal Pet? @Midlumer then why won’t you ask @Eater bout his perfect Eternal Fauna? Just because you don’t believe on luck doesn’t mean you will brag with your genius basis mathematical calculations. That pet is too far from perfection as you can see. Luckilly, he made a good build out of it. So what are you crying about? and also [quote=“Midlumer, post:620, topic:9703”]
Because I’ve never seen people from Allstar cheat?
[/quote] if you’re doubting our legitness then free to report. We’re all willing to cooperate to hand all our members IGN’s list to the Developers to be checked. There are no cheaters in AS. They are burned to stake! ERASE is legitimate. As you can see, he got banned a few months ago and got restored back to the normal League because he’s proven to be legit. And now, you want to send him to the banned league again? that’s ridiculous.