I wanted to add frozen and permifrost but i dont know what to remove on my set. I need help to increase my damage for pve. Here’s the second version of my set, now since I want to add those 2 set affiix i also wanted to change from electric type to ice … 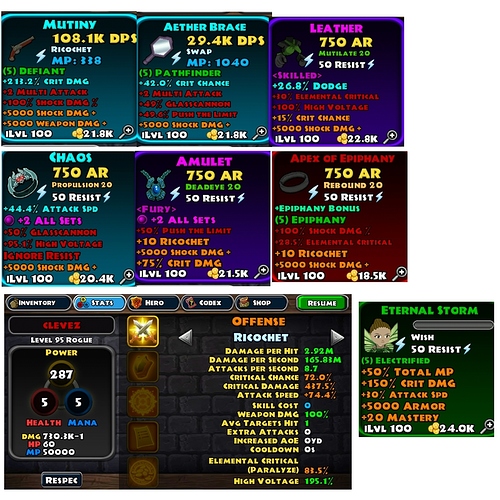 If you plan on using ice, here’s what you need to do

replace your pet with momentum

you can add an epic affix 15% attack speed then change the nature of your items to haste. that should be enough to give you 70% attck speed.

and also think about at what floor do you intend to play this build. If you play 1k floor below
then you should have enough damage

Being able to hear from you is better than having to do a trial and error which is a waste of resources. Thank you for your insight.