Hi everyone.
I recently gave Griffins reactor starter build a spin, and it seems the sky is the limit for this one.
How to progress effectively at the very beginning of the game [The Duct Tape Build] [Hybrid PvE/PvP]
For various reasons I wanna get a rogue to level 99 now. Given that I have a warrior and a ‘melee’ wizard waiting at lvl 99, I’d like to end up with a long ranged hireling build - something like the Miss Fortune build.
That, though, is not the issue at the moment. Right now, the situation is like this: 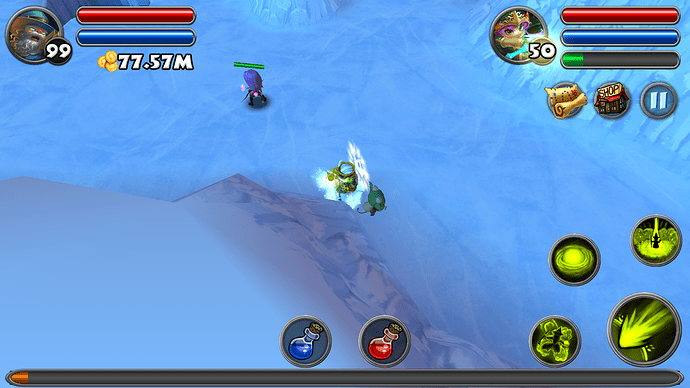 Yeah…definately! It helped my wizard progress pretty fast. Just interested in finding out if there’s a build that has room for exp runes, which is still somewhat efficient. Preferably one that I can develop along the way, that doesn’t need a bazillion gems/runes to work from the start:)

For instance I’ve got this laying around that could be converted to a bow. But dunno if +2 multi attack is a shitty starting point for a bow rogue;) 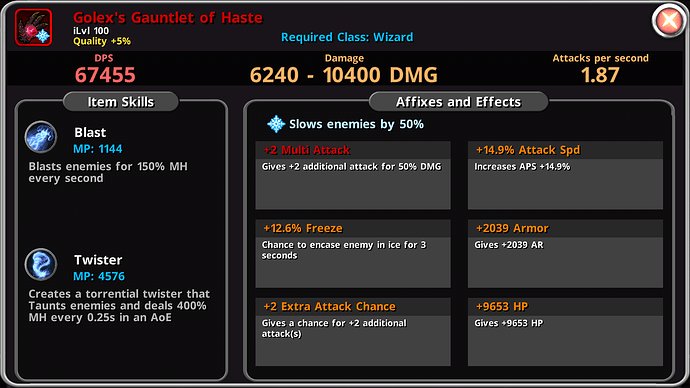 Yes MA is good for bow rogue, helps with guided shot. Also add epic/obsidian affix attack speed, & spam away. I use a bow rogue hireling to farm & she has 40 heroic guided shot +2 multi attack +60 attack speed. She’s a beast & can farm @ 1000+ floors but I farm at 500 since that is the sweet spot

Convert a masochist edge when you find one. Weapon dmg % + barbarian dmg.

I started out with a eternal restless storm pistol and plagued, switched to immortal flintlock later because of ed, and then started to build miss fortune out of that build.

Thank you both. It’s nice to have something to aim for:)