Hey all,
I’ve been working on a Rogue Flintlock build since I started the game a few weeks ago because I like the Flintlock gameplay. I’ve tweaked it a few times and I’m reasonably happy with how is doing right now so I thought I would share. One major disclaimer right off the bat, this build is nowhere near as powerful as some of the Poison/Blight builds that I have seen. I started with ice damage in mind because in previous RPG games, ice is usually a good choice. I didn’t know Poison was so OP in DQ

Anyway, this is fun build to play PVE and I am grinding at floor 550 on EP6 at the moment with little difficulty and good clear speeds. 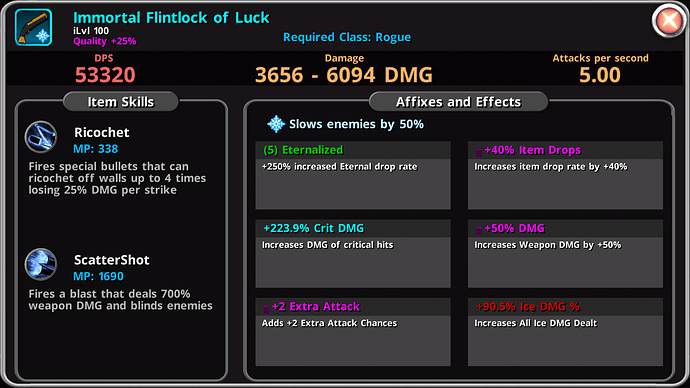 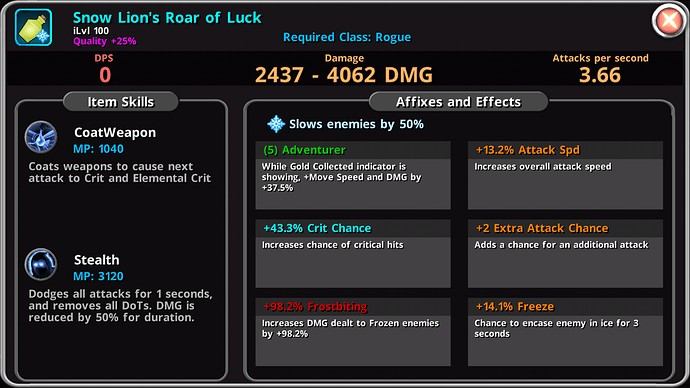 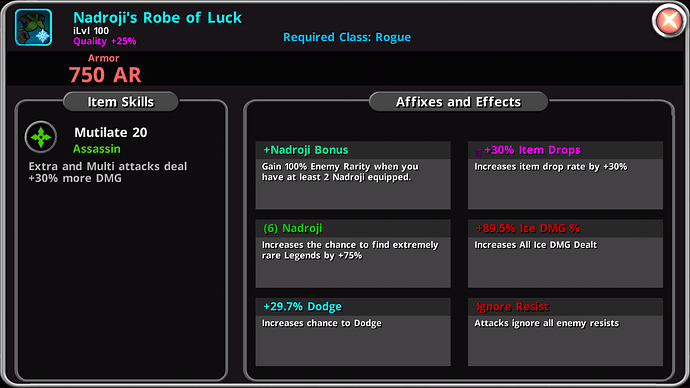 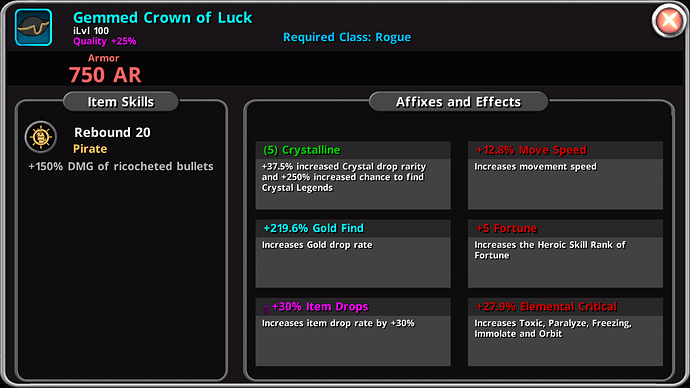 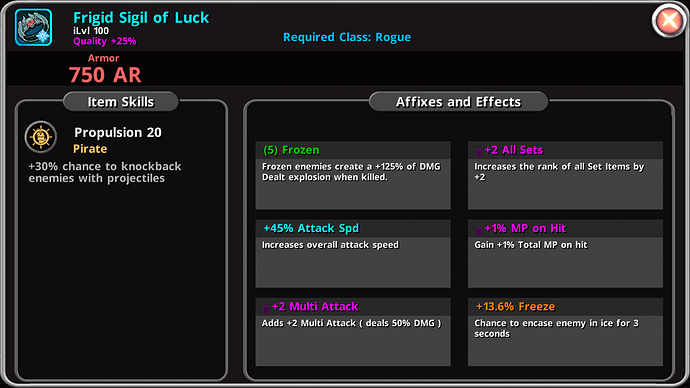 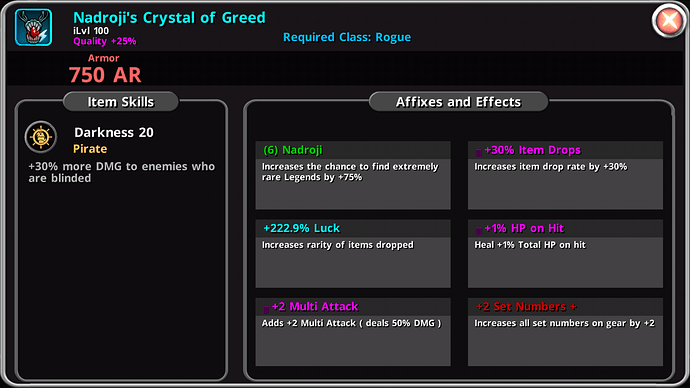 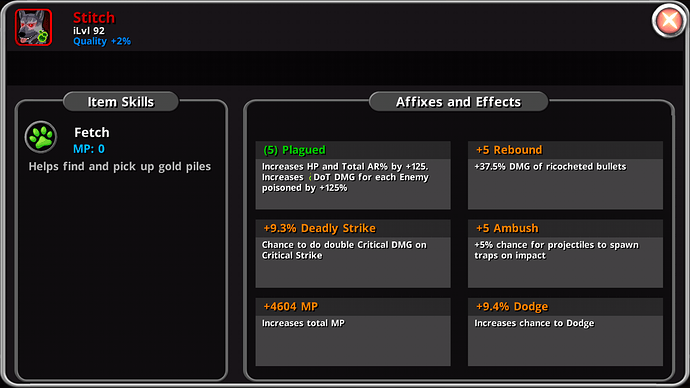 With this build, my base DPS is ~1.8 M but that increases to 2.2M when Adventurer kicks in. 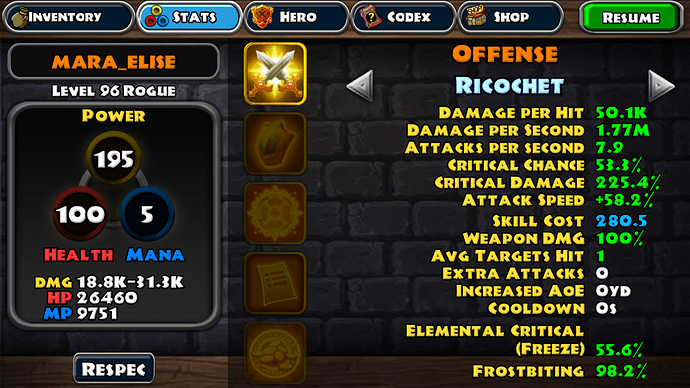 Pros of this build:
The entire premise of this build is that Frozen is really good at killing groups of enemies so this is great for +pack size maps. Basically if you can freeze and kill any monster in a pack, the rest of the pack vaporizes in a blue cloud regardless of how big the pack is. The frozen explosion damage is based on damage dealt or effectively enemy HP so this scales well to higher floors. It also has a pretty good damage radius so you can vaporize a pretty good sized pack.

Also, almost the full power of Frozen only takes up one set affix slot so that allows for the farming sets (Nadroji, Crystalline, Eternalized) to be included also. I originally had a Permafrost set on my Nadroji Amulet and that made the build stronger, but I currently went back to Nadroji on the amulet to get the set bonus.

Cons of this build:

Anyway, if you are looking for a pretty fun alternative to a poison build, you should consider Frozen. There are definitely ways that I could improve this to enable farming at EP8 instead of EP6 but I think I’m just going to farm for a while and then follow the crowd and build a Warrior/Wizard with Blight/Plagued/Druidic. That’s just too OP to pass up lol.

Happy to answer any questions.
Rainman

how to get those light blue? my all things is red

Once you add a Crystal affix to an item it turns light blue regardless of what color the item is to begin with.

is this still effective on the current version of dq ?

IT should be. But you can improve the affixes where possible. This build was effective for all this time I guess but i never saw this thread.