More of a poll:
Bow
Pistol
Chakram
dagger
for PvE?

Assuming you have V Scorpio? 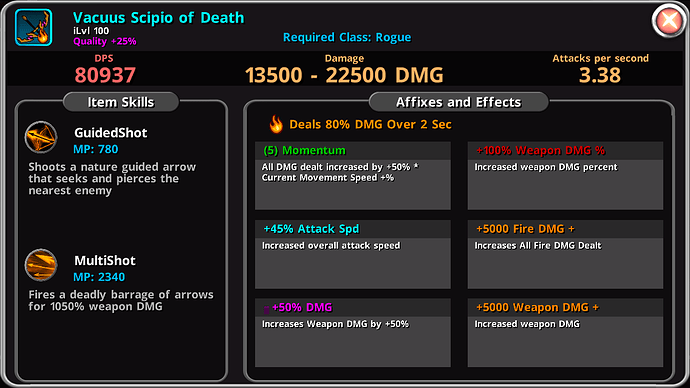 So far I only have the Ragnarok Chakram 100% WD

For me. weapon is not my top priority. it depending on play style and themes.

chakram ! But I’m still wrting some calculations. I like to create every weapon type build @cronos4321 doesnt want.

If you can be a pro with chakram, good on you. I personally love pistols. This one, in particular: 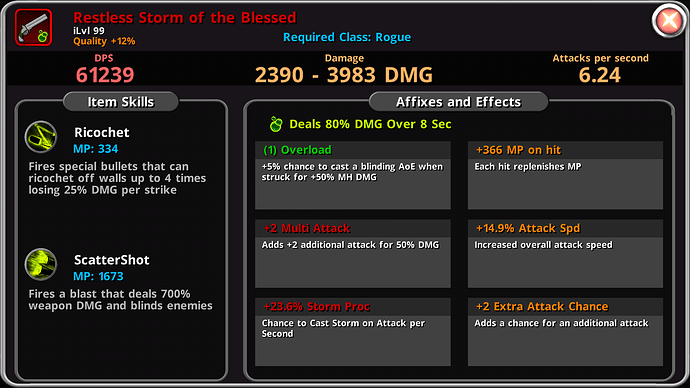 prior to 2.0, poison chakram + spam coat weapon = yuzzz lol. not to mention that damage on chakram return always dealt +100& dmg (too bad that was a bug…). still love using it though as it requires more skill to use than the other weapons, just not often currently. (stuck with my immortal flintlock due to farming

Well I’m currently using pistol, thinking of jaspering the Chakram, if I could find a good use as a sword warrior or staff Mage where it would be worth using. Seems all the good warrior builds are being hidden 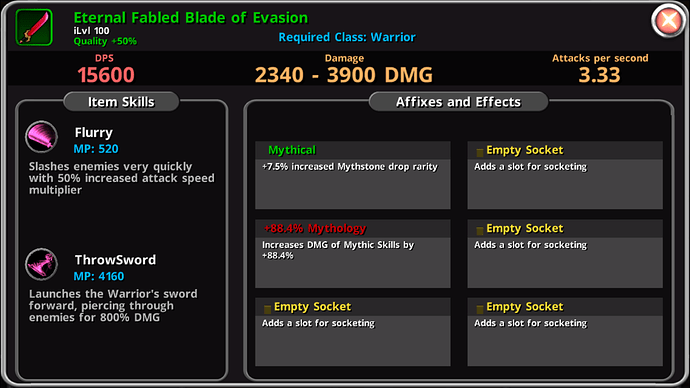 Well, it depends on your play style. Best thing to do is to try all the different weapons availaible for Rogues to get a better overview. I personally prefer Chakrams. I also made an endgame farming build for Daggers and Pistols. I switch my playstyles all the time, once I´m too bored of Weapon X, I will use Weapon Y.

Damn. I wish I could find items like that. I hate having to put so much time into this, makes me feel bad about my life, haha.